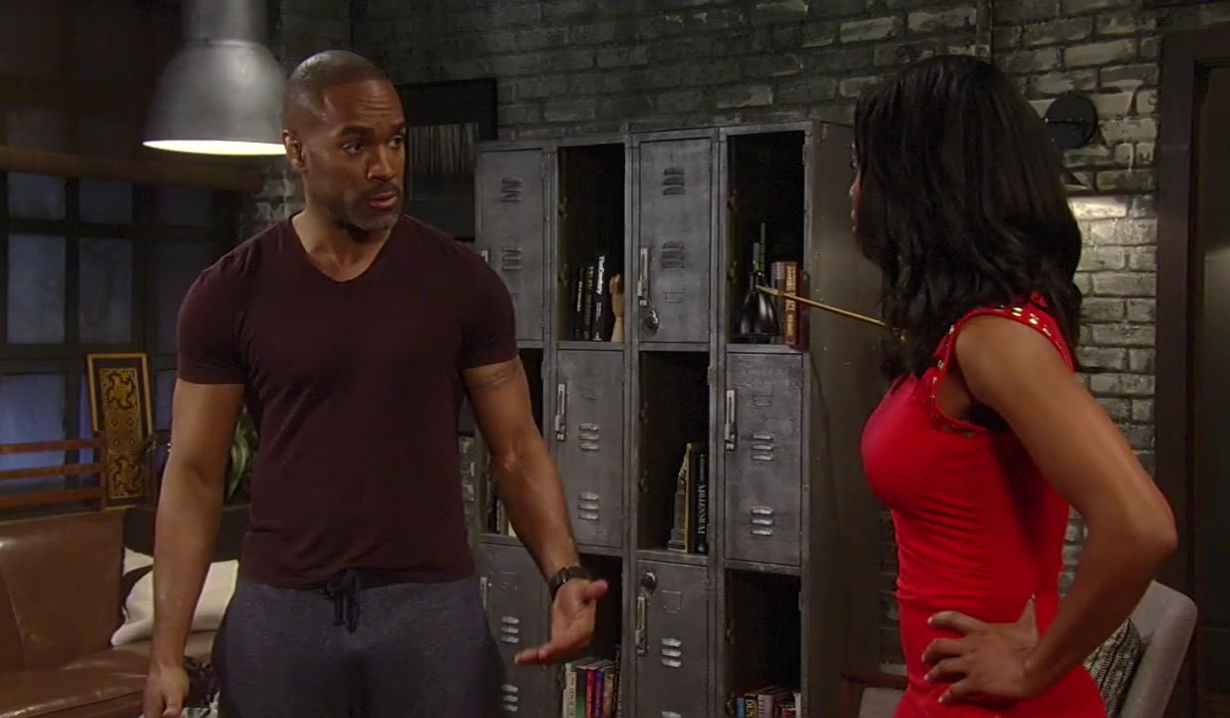 At Curtis’, he and Jordan discuss his aunt Stella tearing into them about their relationship. He worries Jordan might back away. The commissioner thinks Stella might have a point but Curtis refuses to believe that. He doesn’t think a relationship with her will cost him his auntie. They’ll tell her the truth about TJ’s paternity when the time is right.

Stella surprises TJ at Kelly’s. She commends him for his work ethic and complains about his uncle. TJ hasn’t seen her for so long, he thought she’d stopped caring. She doesn’t know why he would say that. Before he can explain, Curtis and Jordan wander in. Stella accuses them of planting false notions in TJ’s head. Jordan says she gave him the wrong impression but she did it to protect him while she was in the DEA. Stella feels like she’s missed out on everything. Jordan wishes she’d done things differently. She takes her son aside and asks him to keep the truth about his paternity a secret for a little longer so Stella won’t get too upset. They all sit down to celebrate Curtis’ birthday. Stella declares that her stay in town will be open-ended. Outside, Laura stops Spencer from going into Kelly’s for cookies to lecture him for mistreating Hayden. She’s going to force him to wash Hayden’s car. Scott pops up and Laura sends Spencer inside. The lawyer tells her about Ava, but insists he did nothing wrong. The kid returns with cookies and they leave. Laura wishes Scott would make it easier to root for him.

More: Deconstructing GH: A good week side-lined by adding to a bloated cast

In Ava’s hospital room, Kiki begs her mom to live. Ava’s eye flutters open. Her daughter runs off to send a doctor in. Dillon tells her she brought her mom back. She worries about her mom’s suffering. Meanwhile, the doctor tells Ava that she almost died. As she gasps, she says she wants to change her DNR order. Later, he exits and informs Kiki of the painful grafts they will be doing. Kiki tells Dillon to get a nap while she spends time with her mom. When she returns to Ava’s room, she spots the DNR order on the chart. “You have to let me go,” Ava says. Kiki is upset. Her mom wants to start making arrangements. She apologizes for what she did to her and Morgan. Down the hall, Scott bumps into Dillon and gets an update on Ava. When the lawyer asks if the cops have been questioning his client while she’s drugged up, Dillon punches him for being a ‘low-life’. The Quartermaine orders him out.

Sonny and Carly are at her place, discussing their grief. They think they might be able to heal if Ava dies. As they kiss, Joss walks in and interrupts. She’s not happy to see him there. Sonny exits. Joss thinks her mom should thank her for saving her from Sonny. Carly refuses to explain herself. “Sonny’s the worst thing that ever happened to you,” her daughter says. Her mom insists the good outweighs the bad and won’t be lectured by her daughter. Joss has seen the cycle many times and thinks her mom only goes back to him because she doesn’t think she deserves better. Carly insists her relationship is complicated. Joss thinks that’s just sad. Carly says you have to love the life you have and the people you’ve been blessed with. Her daughter says she’s weak and hopeless.

More: How do you feel about teens on soaps?

Laura and Spencer surprise Sonny at the Corinthos compound. They eat cookies and plan a trip to the old neighborhood. After Spencer goes off to clean up, Laura tells Sonny that the kid seems to be missing his father. The mobster hints that Carly may be coming back. Laura is happy to hear that.

Anna has something to tell Lulu.