GH Recap: The Chimera is revealed at the Nurses’ Ball

Friday May 26, 2017: Laura realizes that something is off with Jake's magic kit, Nathan learns that his face has been used, and Ava confesses after being confronted. 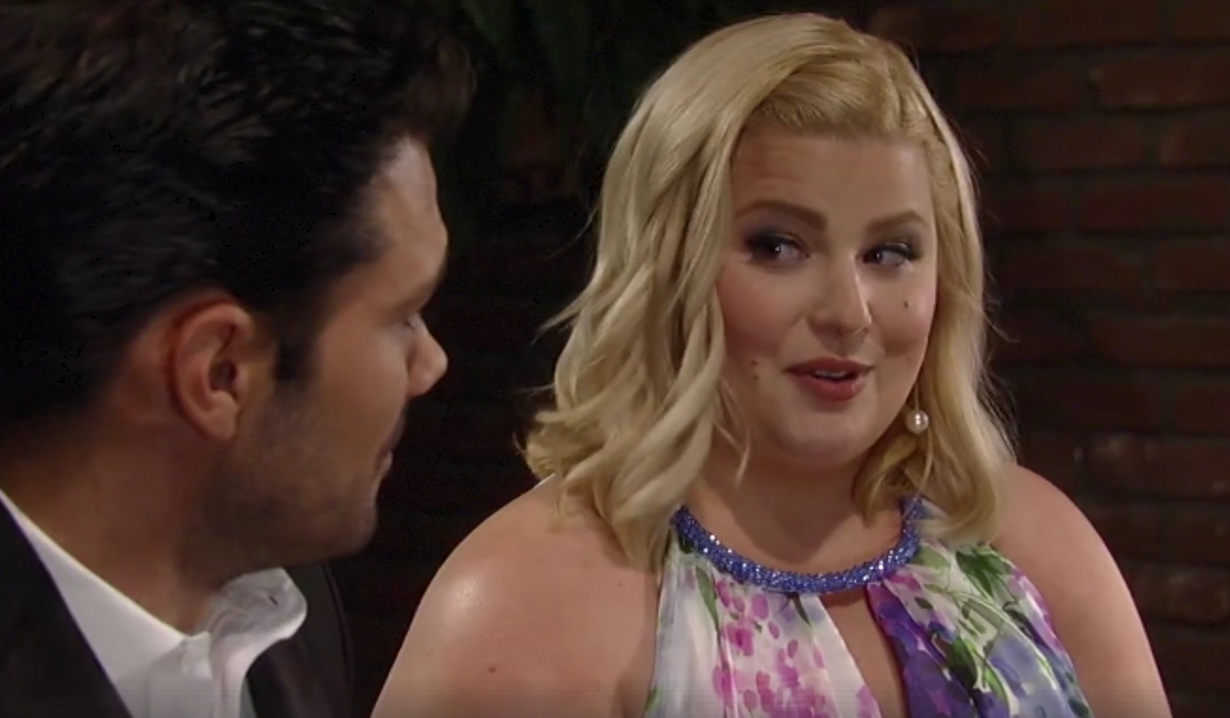 More: David Hasselhoff on The Talk

Amy sits down with Nathan at Kelly’s and thanks him for all he’s done for her and the Nurses’ Ball. They discuss Maxie and she points out that he’s the one making that relationship work. She encourages him to fight for her if he wants her. Nathan tries to get her to open up about her life. The nurse tells him about the guy she’s hung up on and goes back to complaining about Maxie, comparing her to Daisy in “The Great Gatsby.” When she goes off to the bathroom, some guy comes out and thanks “Man Landers” Nathan for his marital advice. A woman shows up and thanks him for his advice too. The cop is baffled. As Amy returns, Nathan picks up his phone and sees his image has been used for an advice column. He gets Amy to admit that she stole his image.

In the ballroom, Lulu vents to her mom about Valentin reuniting with Nina. Laura asks her not to ruin things. Across the room, Nina teases Valentin about his song. Charlotte wishes they could have done the magic act. As Nina and her husband draw close, Anna pops up and everyone’s smiles drop. Andre approaches her and asks her not to ruin things. She reminds him of what her sister did to the Cassadine and rationalizes everything he’s done. Anna doubts Helena would ever have used the Chimera and wonders where she hid it. Back across the room, Nina decides to call it a night. Valentin guesses this is because of Anna. He insists her hold on him is broken. Meanwhile, Jake is eager to do his magic show now. His mom tells him the Ball is over. Lucy says he can still use the room and Charlotte and Emma beg him to do his show. Franco, Liz and Jason discuss whether or not to let him do his act. They finally agree to allow it. The kids bring Nina and Valentin over as Lulu tells her mom that Spencer sent the magic kit to Jake. “That didn’t happen,” Laura says. Everyone sits down and the performance begins. Liz continues to worry as Jake starts to tap on his magic kit. A vision of Helena appears to him. “Let the grand finale begin,” she commands. The kid freezes up but Helena pushes him on. Andre leaves after receiving a message. Laura has a bad feeling and tells Jason that Spencer didn’t send the kit. Something clicks for Jason and he flashes back to Helena telling him Jake will be the greatest killer of them all. Up on stage, Jake is about to do his final trick when Jason leaps up to stop him. Jake pulls out the Chimera. Everyone gasps.

Sonny and Carly confront Ava in the Jerome art warehouse. They know what she did to Morgan. Ava claims she was just covering up the fact that she and Morgan were sleeping together again. They accuse her of tampering with his meds to keep him away from Kiki. She defends herself by claiming she was protecting her children. They yell at her, claiming she always hides behind her kids. After some more prodding, she confesses. Sonny and Carly lecture her for stealing Morgan’s victory over his disease from him and start quoting from his diary. In tears, Ava says she’s grieved too and he wasn’t supposed to die. Sonny says Avery will be crushed when she learns what a monster she is. Carly vows that she will pay for what she did. When she tries to pull her into a fight, Ava smashes a lantern and explodes. Carly hits the floor.