GH Recap: Nelle is in serious condition after her kidney is bruised

Wednesday May 17, 2017: Lulu and Dante bond with Charlotte, Valentin makes Nina a promise, while Michael makes one to Nelle, and Anna finds someone to help her. 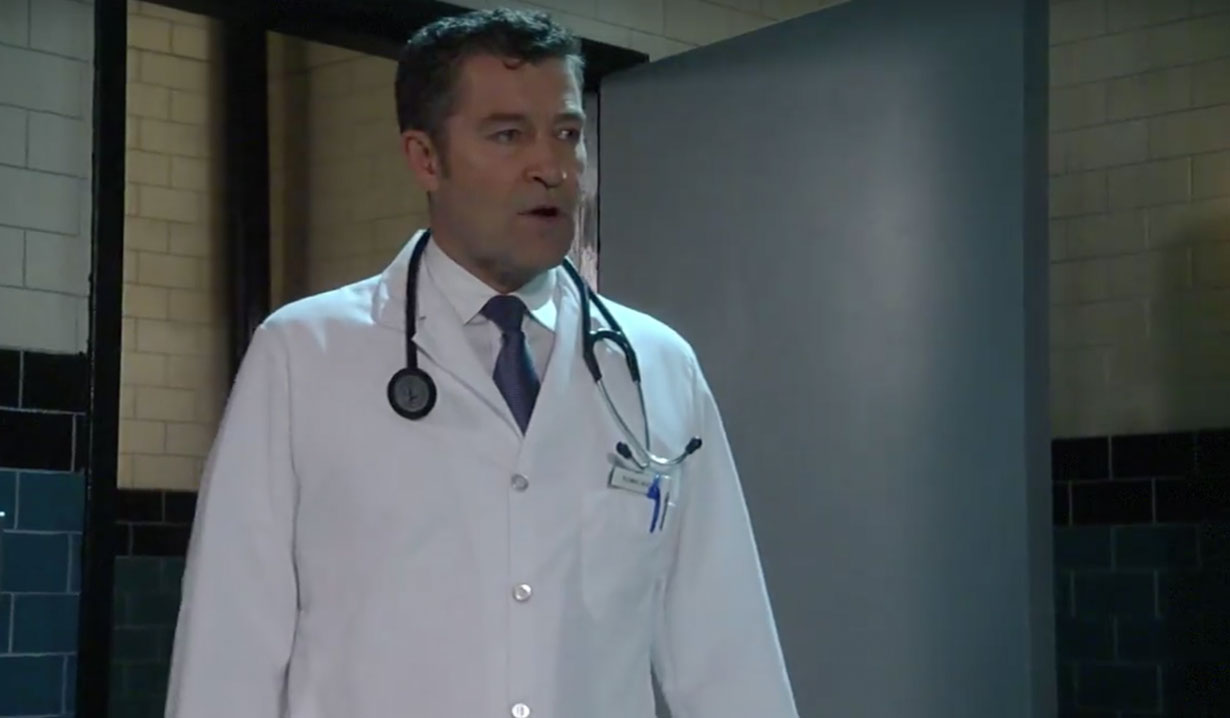 At the Metro Court, Carly vents to Bobbie about Martina’s lame excuse that she realized her firm had worked for one of Sonny’s businesses in the past, which is why she had to quit. Bobbie warns Carly that this war she is waging against Sonny is taking a toll on her children, so she needs to find a new lawyer and just make a clean break with Sonny. In the bar area, Valentin promises to earn Nina’s trust again, but she suggests he just focus on Charlotte. Nina fills him in on what happened with Charlotte and how she ended up at Lulu’s. Valentin swears to put their lives back together, which includes her. He leaves. Elsewhere, Andre is arguing on the phone with the pharmacy to try and get answers about Morgan’s pills. Later, Nina ends up drinking with Andre and rants about Valentin and Anna. Andre notices that Nina still cares for Valentin, and suggests what she had with him is far greater than whatever Valentin imagined he had with Anna. Nina believes both Valentin and Anna will regret what they did. Andre thinks threatening Anna is foolish on her part, but she says it’s Valentin that Anna needs to be worried about. Nina leaves and Andre leaves Anna a message that trouble could be headed her way. Martina drops by Sonny’s place to say goodbye because she is heading back to LA tomorrow. She advises he make a deal with Carly because he stands to lose the most. She returns his wedding ring, which he left behind during their tryst at The Haunted Star. He invites Martina to stay the night before she leaves in the morning, saying how good they are together. Martina takes him up on his offer and they kiss. At GH, Griffin tells Michael that Nelle is stable, and they are waiting for a room to open up for her. Later, Carly drops by the hospital and Griffin assumes she’s here looking for Michael. In Nelle’s cubicle, Michael talks to Nelle and tells her that she is safe and he will see to it that she gets the best care. Nelle regains consciousness, and Griffin comes in to talk to her privately. Michael steps out and Carly is waiting there, after having been briefed by Griffin about Nelle. Michael blames himself for what has happened. Back in her room, Griffin tells Nelle that her kidney was bruised in the attack and they have to monitor her carefully. Griffin leaves her cubicle, and Michael asks him if he can see Nelle. Griffin can’t allow it because Nelle doesn’t want to see him. Dante returns home to find Rocco excited that Charlotte is there and they are playing games. Lulu explains to Dante what happened to result in Charlotte being here, and later Dante reads the kids a bedtime story that puts them to sleep. After the kids are in bed, Valentin shows up to get Charlotte. Lulu says Charlotte is happy and asleep, and she told their daughter that she’d see him and Nina in the morning. Lulu also reported this whole incident to the social worker, because she wouldn’t have brought Charlotte here without the court knowing. Valentin says he will return for her in the morning and leaves in a huff.

In the London clinic, Anna asks the nurse to help her because she’s being held against her will. Dr. Lancaster returns because he heard voices. Anna pretends to be unconscious and the nurse explains she was talking to her to try and get her heart rate down. The doctor leaves, and Anna asks the nurse how long she’s been there and where she is. The nurse tells her she’s in the Marick clinic and has been here two months. Anna explains she is not Alex, that she is her twin sister. Anna instructs her to go search her name on the internet and she’ll see who she is, and then bring her a phone. The nurse returns later and is in shock over what she found on the internet. She forgot to bring a phone, and thinks Dr. Lancaster must have mistaken her for Alex. Anna remembers being at her sister’s office and blacking out and suspects Alex drugged her and brought her there. Anna pleads with the nurse to help her get out of here, and tries to get up. Dr. Lancaster returns and insists she stay in bed. Anna manages to grab a syringe from the cart next to her bed, and when the doctor approaches her to try and sedate her, Anna stabs him in the neck with it. Anna tells the nurse to get her clothes so she can leave.

Michael asks Kiki for a favor.

Hayden tells Finn she doesn’t know if she wants to have a baby right now.

Anna or her sister lays at the foot of stairs unconscious.