Tuesday May 16, 2017: Anna fights to speak, the imposter fails to seduce Valentin, Michael discovers Nelle unconscious, and Lulu begins to suspect something is amiss with Valentin and Nina. 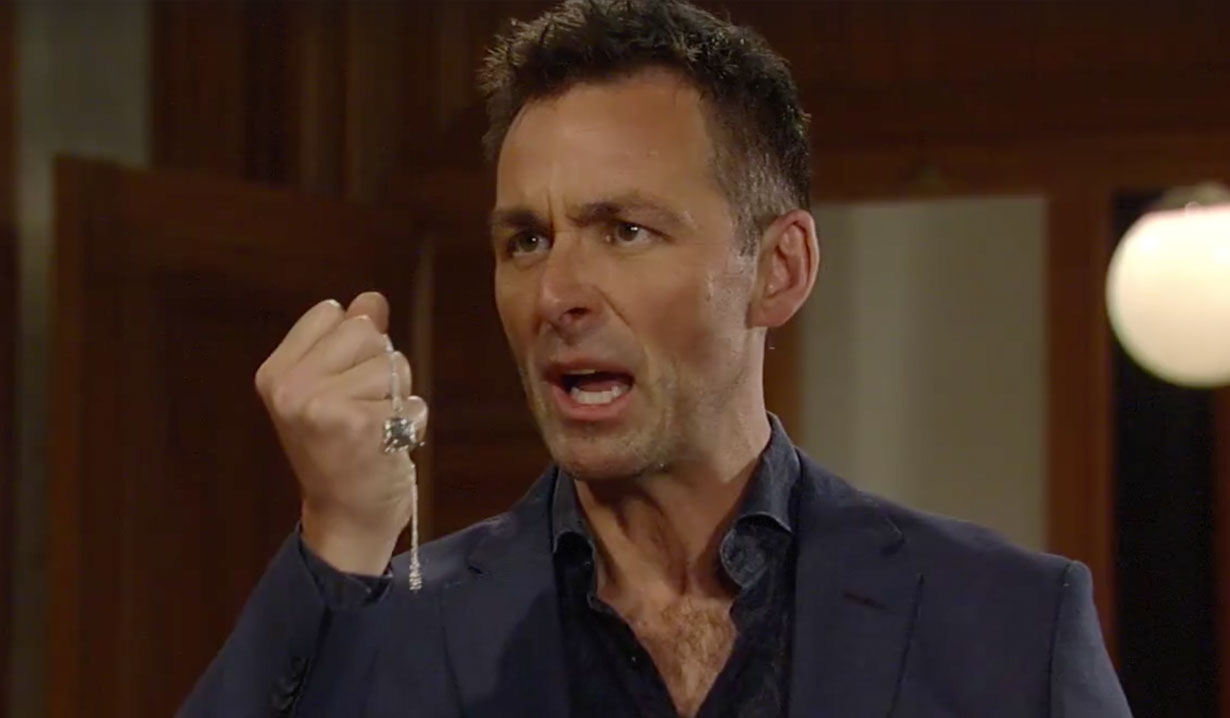 At the Metro Court, Gaard Swanson (playing himself) shakes Nina’s hand and tells her it was good seeing her again. Gaard leaves, and Michael appears and tells Nina about Nelle’s decision to quit, which Nina didn’t know about. Suddenly Charlotte runs in wondering where Nina has been. Lulu follows and tells Charlotte to go order them some ice cream, which Charlotte does. Lulu explains nobody picked Charlotte up from school today, and the school couldn’t reach Nelle or Valentin.

Nelle remains unconscious and bleeding behind some crates on the docks. Franco and Liz bring Jake and Aiden home. Jake begs Aiden to keep his secret about the Chimera canister, even from Cam who is on a scouting trip. Jake insists that he’s the only one that knows what to do with it. Aiden goes upstairs to get ready for bed, and Franco asks Jake if he’d want to do an encore song together at the Nurses’ Ball this year. Jake wants to do a solo magic act instead. Franco suggests Jake show him some of his tricks, so he performs a card trick before heading to bed. Once alone, Liz scolds Franco for not telling her about his trip to Cassadine Island in order to protect her. Franco promises to trust her to be able to handle anything that comes up in the future. She agrees to trust him to handle things that come up with Jason instead of trying to protect him. They kiss, but are interrupted when Jake returns because he forgot his magic kit. Franco and Liz go to tuck Aiden in, and Jake looks at the Chimera canister and wishes he could make it disappear.

At his place, a worried Griffin calls Anna hoping she is taking care of herself. In England, Anna tries to stop the doctor from giving her a sedative. The nurse questions whether it is necessary, but the doctor insists she needs to be sedated at all times to keep from harming herself. The doctor leaves and Anna tries to fight the drug and rip out her IV. The nurse calls for the doctor, but Anna is able to tell her no. She insists that she’s not Alex, that she’s Anna Devane. She doesn’t know how she got here, but suspects the doctor is in on it. Anna begs the nurse to help her. Suddenly, Dr. Lancaster returns with a serious look on his face.

At Anna’s, Valentin confronts the Anna imposter for playing games to try and get the Chimera. She admits she wants it because of the danger it poses, and it will put their past to rest and make a fresh start of things between them. He thinks she’s delusional. The imposter tells Valentin that Nina never knew the real him like she does, and she wouldn’t want him if she did. She does, and asks why they keep running from what they both want. Valentin doesn’t buy her act and informs her that he’s finally broken his addiction to her. Valentin knows what he has to do, grabs a scarf, and approaches the imposter like he intends to strangle her.

More: Johnny Depp appears on Ellen to discuss Pirates of the Caribbean Griffin enters the Metro Court and sees Charlotte eating ice cream alone. He joins her and apologizes for fighting with her papa the last time they saw one another and hopes they can be friends. Charlotte invites him to her spring festival at school. Meanwhile, Lulu demands answers from Nina about why nobody could be bothered to pick up Charlotte. Michael makes a call and learns the housekeeper at Wyndemere hasn’t seen Nelle all day. He decides to go there now and find out what is happening. Lulu senses something is going on that Nina isn’t telling her about, and tells her to inform Valentin that this stunt will cost him. Nina blurts out, “Tell him yourself because I’m not going back to Wyndemere.” Lulu inquires if there is in trouble in paradise. Nina claims she is up against a deadline and will be working all night. Griffin brings Charlotte over and tells her that he looks forward to seeing her at the festival. Griffin leaves for work, and Charlotte tells Nina that she’s ready to go home. Lulu decides to take Charlotte home with her. Nina refuses, and they argue about it until Nina relents and allows it. Later Valentin appears and thanks Nina for warning him about Anna. He promises she will never come between them again.

Michael heads to the docks and discovers Nelle behind the crates. She is semi-conscious. Michael calls for paramedics.

Griffin is on call at GH when the paramedics bring Nelle in along with Michael. Griffin takes care of her, and Michael overhears Griffin worry about the trauma to Nelle’s remaining kidney.

Dr Lancaster asks Anna and the nurse what is going on.

Lulu has a sleepover with Charlotte.

Michael promises an unconscious Nelle that he will see to it that she gets the best care.

Carly tells Bobbie that she’s fighting for her divorce and that’s it.

Martina warns Sonny he stands to lose the most. 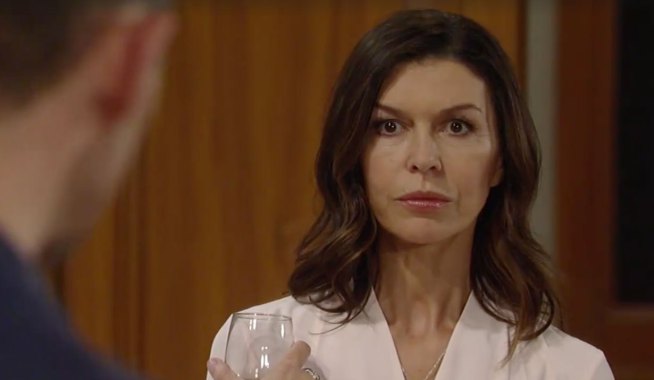 GH Recap: The real Anna is mistaken for someone else in London

GH Recap: Nelle is in serious condition after her kidney is bruised 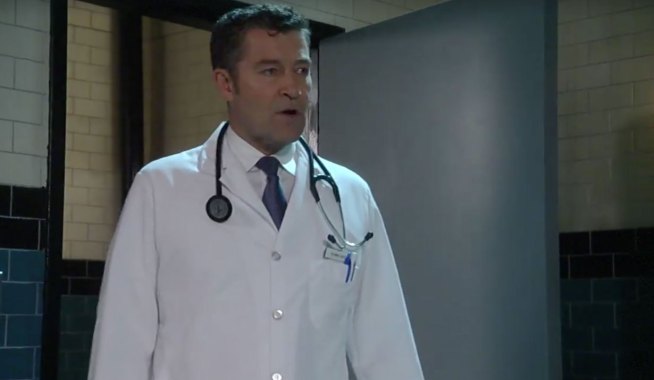