GH Recap: The real Anna is mistaken for someone else in London

Monday May 15, 2017: Anna wakes up in a London hospital, the imposter Anna makes a move on Valentin, Jason has a talk with Jake about the past, and Julian is made an offer. 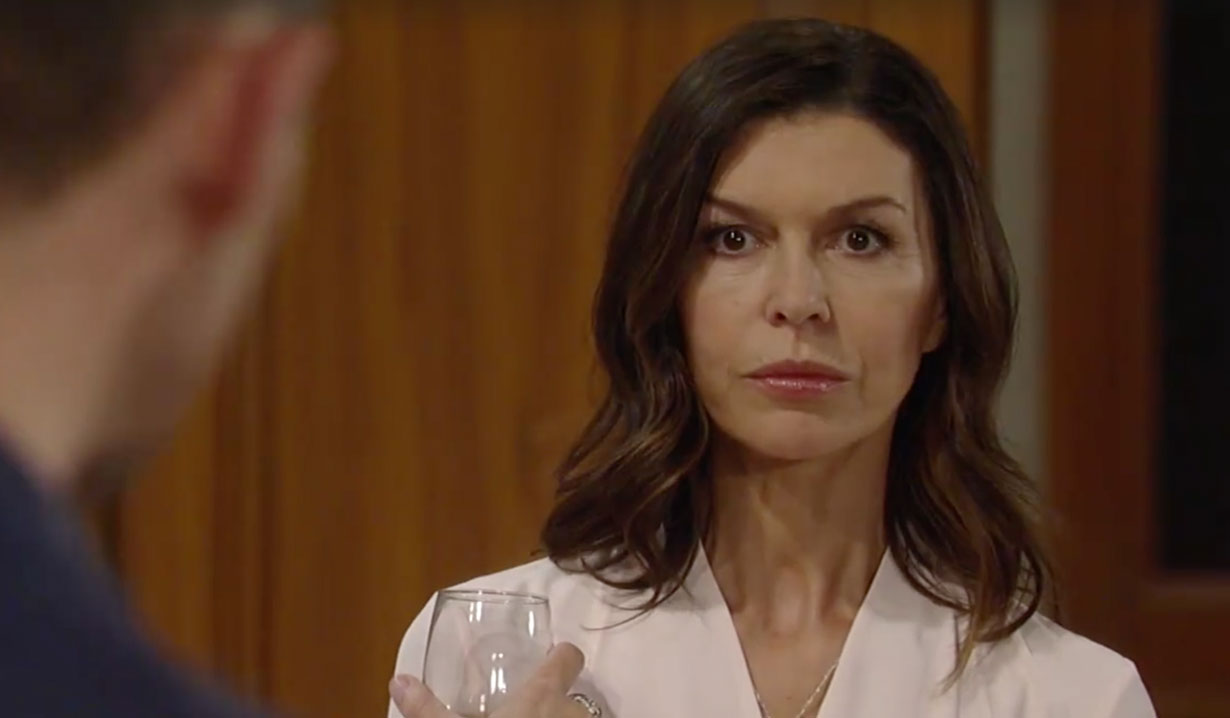 DA Campbell meets with Julian at the courthouse and presents him an offer for his freedom, if he will help trap Sonny for them. Julian refuses. In the hallway, Scotty runs into Alexis and assumes she is here for Julian’s arraignment. She is there to try and get her license reinstated. She storms off after bickering with Scott for bit about Julian, and Scott heads into the room Julian is in just as the DA leaves. Julian tells him about turning down the DA’s offer. Scott is furious Julian didn’t take the deal because now his winning streak is ruined. Scott heads out and runs into Alexis again. He vents that Julian blew the best chance he had and asks her to talk some sense into him. Alexis visits Julian, who explains he refused it because it wouldn’t offer him immunity from prosecution in the future. Alexis doesn’t want to see him go to prison, but admits she has no idea how to prevent it.

Jason returns home and tells Sam what happened on Cassadine Island. Jason worries that Jake is having trouble processing what he saw, especially how Jason used to look and how he looks now. Franco finds Liz setting up a picnic for the boys in the park. She hugs him and asks where he’s been. Franco explains that he went to Cassadine Island and helped Jason remember. Meanwhile, Jake obsesses over the magic set with the Chimera Project canister in it. Aiden asks Jake to play with him, but Jake refuses because he needs to practice his magic. Later, Liz and Franco find Jake, and Franco asks to look at his magic kit. Jake freaks out and tells him no, but quickly claims that it’s for magician’s eyes only. Liz asks him to come to the table and while they eat, Liz gets a call from Jason. She tells Jake that his dad is coming to see him and celebrate his birthday. Jake worries that his dad will want to talk about how he used to look, and says he doesn’t want to discuss that ever. Jason and Sam arrive, and Jason and Jake go for a walk alone to talk. Jason tells his son that he doesn’t have to worry about him or the scarecrow. Jake doesn’t want to talk about it, but Jason believes they need to face what happened. Jake feels guilty because he couldn’t stop Helena and the guard from beating the man up. Jason assures him that wasn’t his fault, and the bad woman is gone and can’t hurt them. Jake looks at his magic kit and says there is still something he doesn’t know. Jason reassures Jake that he can tell him anything. Jake simply states he doesn’t care what he looks like and he loves him. He then tells his dad about the magic kit and how he’s working on his first trick to show everyone. Jason leaves him alone to practice, and returns to the others and lets them know he believes Jake is starting to heal. Franco apologizes to Jason for assuming Jake was afraid of him, instead of being afraid for him. Jason thanks Franco for being there for Jake to open up to, and they shake. Meanwhile, Aiden goes to bug Jake and asks him what he’s looking at. Jake snaps at him that it’s a secret and he can’t tell anyone about it.

Valentin drops by Anna’s place. He explains that Nina left him because of her. Anna, who is an imposter, swears she didn’t want that. She claims she is trying to make amends for what she did to him, including the mess she made with the Chimera Project. He reminds her they don’t have to worry about it anymore, and asks why she really wanted to see him. Anna teases the possibility of what they could have together, and they kiss. Anna asks Valentin to make love to her. He tears off her necklace of the Chimera and accuses her of playing him to get the project.

More: All My Children’s Cameron Mathison appears on The Talk In London, Anna wakes up in a hospital bed. A nurse is with her and introduces herself as Sister Caroline Crane and explains to Anna that she is Doctor Alex Marick and she works here at the clinic. Anna is unable to speak, but in her head screams, “I’m not Alex, I’m Anna Devane!” Anna becomes agitated trying to speak and passes out. The nurse leaves and returns with a Dr. Lancaster. Anna comes to and struggles to speak, so the doctor decides to give her a sedative to calm her down. Before he does, Anna grabs his arm.

Valentin tells Anna that he’s one step ahead of her.

Griffin asks Charlotte if he can join her for dinner.

Nina asks Lulu why nobody called Nelle. Lulu tells Nina that Nelle was a no show.

Jake tells Aiden he has a secret and he’s the only one that knows what to do with it.

Anna tells her doctor this is a mistake. 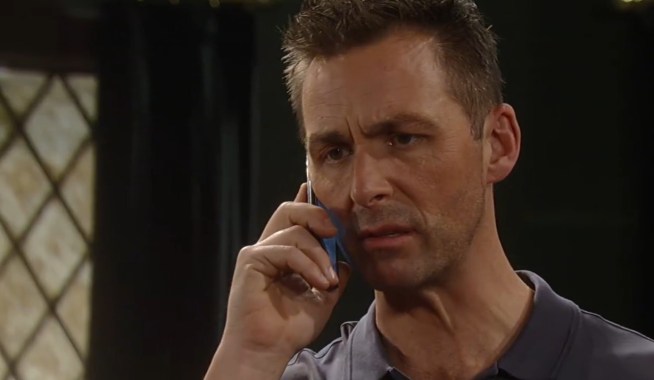 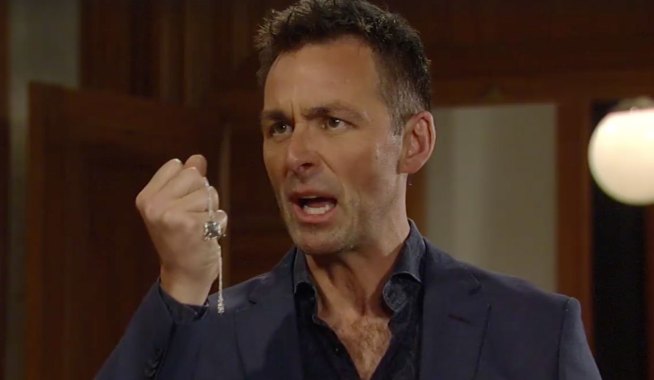