GH Recap: Alexis drinks too much and sees things 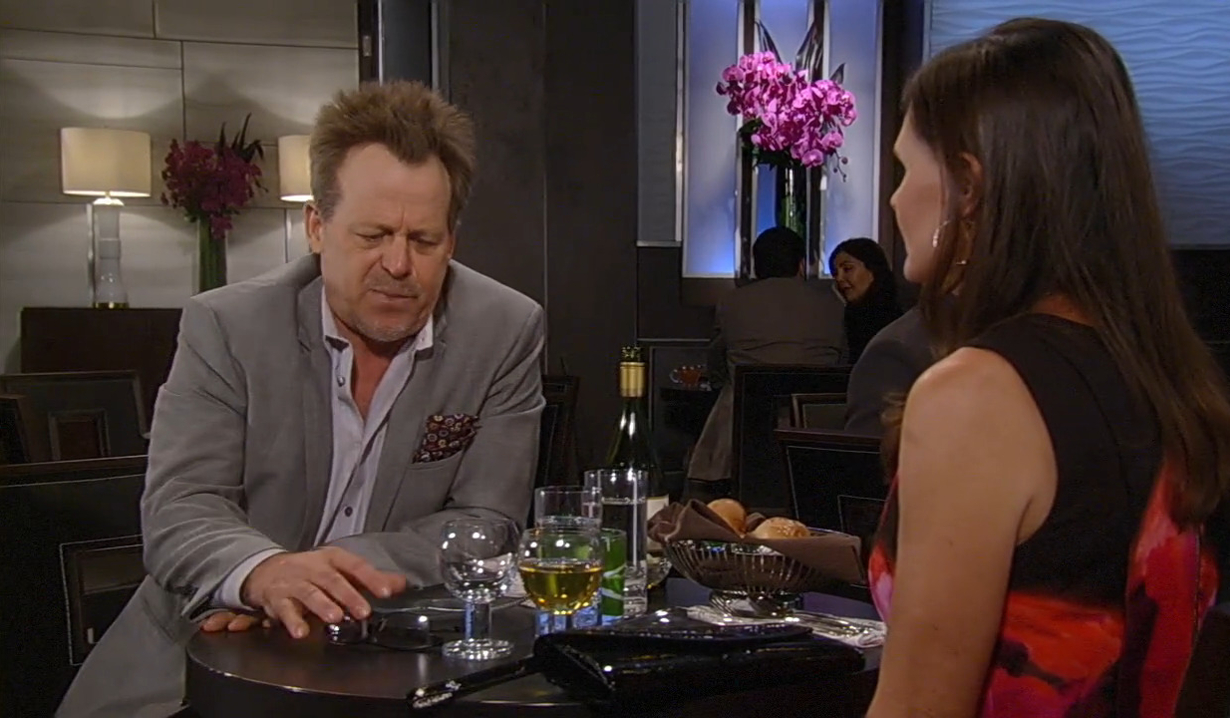 Scott runs into Ava at the Metro Court bar and she rants about people trying to gobble up the Jerome empire. He reminds her that he’s keeping her secret about the pills and suggests she leave before Lucy shows up. As he walks her out, Coe arrives. They head to a table and Lucy rails about Ava and accuses him of doing her dirty work. He doesn’t deny it. They argue about their daughter avoiding them. He threatens to tell her about her mom causing problems. Lucy is sure there is more to this than meets the eye and walks off.

Sonny and Carly are at Perks, arguing about whether they should keep fighting for their marriage. Laura pops up and Carly storms off. Corinthos and Laura discuss her problems with Valentin. He offers her his help. She fills him in on the situation and tells him Nelle now works for Nina. He tells her she’s bad news. The topic turns to his marriage and he admits he might not be able to fight for it anymore. She suggests he be sure before he gives up. Once he’s gone, she calls Lulu to say that Nelle might be useful.

Jason is at Liz’s with her and Franco, looking at the drawing Jake did on his timeline. Jason doesn’t think they should open old wounds but Franco worries that Jake could be triggered at any moment. Liz wants to get to the bottom of this but Jason suggests that it’s all Franco’s doing. The men get in each other’s faces. When Liz tells Jason he has to accept that Franco is part of Jake’s life, Jason decides his son probably shouldn’t be living with them. After he strides off, she beats some pillows. Franco is optimistic that Jason loves Jake more than he hates him. She feels like they have to play along with Jason’s threats and asks him not to move in for a while. He walks out.

Sam is at home, calling her mom to come over and see her granddaughter so she can take a nap. Alexis is too busy thinking about Julian. Sam suggests she come over and talk but her mom makes an excuse. She gets off the phone when Carly arrives, looking for Jason. The detective offers to listen. Carly unloads about her marital problems and her husband’s very low threshold for remorse. Sam assures her that Sonny can’t walk away from her since she’s the only person who can see beneath the dimples. Carly’s not sure she’s strong enough for it anymore but Sam begs her to push herself some more. Later, Sam has a nap until Jason returns to say he doesn’t know what to do about Jake.

More: New spoilers for all of the soaps

Alexis sits at home with Julian’s letter and a bottle of booze. She takes a swig of Rolo’s Vodka and re-reads the letter until he suddenly materializes to say he would do anything for her. As she reaches out to him, the hallucination is shattered by a knock at the door. She hides her booze behind a pillow before letting Ava in. The blonde can’t accept that her brother is gone. She thinks they should work together to find him. When she sits down, it’s on the bottle. Ava offers to take her to AA. Alexis orders her out. Ava can’t believe her brother scarified himself for such a weak woman. Alexis smugly takes another drink, but once Jerome exits, she sighs, then drinks until she passes out. Later, there’s a knock at the door. She runs to open it, gasping, “Julian.”

Carly shows up at the Corinthos compound where Sonny is having a drink. They don’t like how they left things. Lucy arrives with the pill bottle in her hand.

Ava returns to the Metro Court to see Scott. He says they have a bit of a problem.

Alexis has an uninvited guest.

Carly finds herself on the receiving end on an ultimatum.