Monday March 20, 2017: Nina agrees to go home with Valentin, Finn backs out of rehab, and Carly talks things over with Sonny. 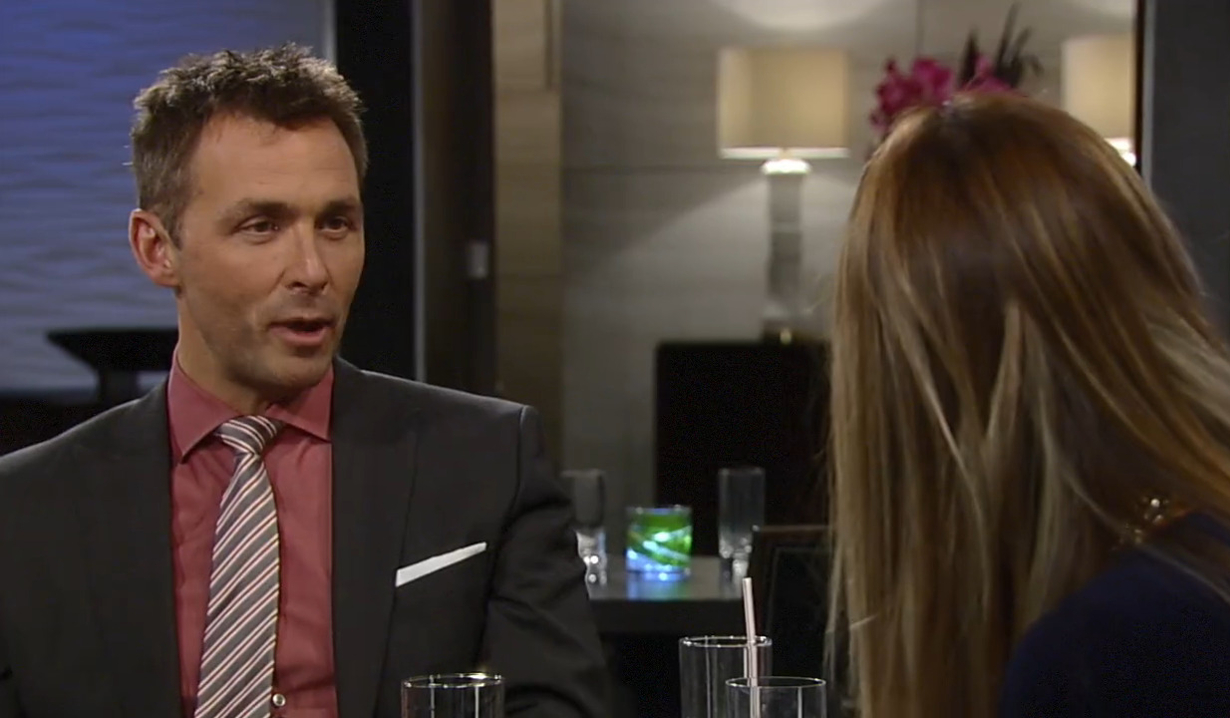 Valentin and Nina are at the Metro Court, toasting with Charlotte to staying together. Laura and Lulu arrive so Nina suggests they head to the office to eat cake. Across the room, Lulu complains to her mom, who suggests she not make things worse. The Cassadines stop by their table but Charlotte doesn’t want to stick around and leaves with Nina. Lulu barks at Valentin. He offers her an hour a week with his daughter. Once he’s gone Laura tells Lulu to learn some self-control. She explains that she’s in a position to make sure Valentin gets what he has coming to him. When Nelle wanders in, Bobbie confronts her about what she did to Carly. Nelle tells Bobbie she should blame herself. Bobbie rails at her to get out.

New: Get all the latest soap opera news

Valentin, Nina and Charlotte are at Crimson going through designer cookies. The little girl does puzzles as the adults discuss things. He wants her to come home. She’s still worried about Anna so he assures her she won’t be a problem. After he leaves, Mrs. Evans calls to say she can’t come because her sister is sick. As Nina makes business calls, Nelle arrives to return a dress and helps Charlotte with her puzzle. Nina’s impressed. When she mentions what happened with the nanny, Nelle offers to take her place.

At the hospital, Tracy informs Hayden that they just received their first payment from BioSpin. She wants to thank Finn. Hayden explains he’s on leave to deal with his addiction. Tracy thinks Hayden should be with him but she says he wants to do it alone. The Quartermaine urges her to be with him anyway.

In his room, Finn calls rehab for an opening but they keep putting him on hold. He pretends he’s calling for a patient and tells them how much he needs help. Getting off the line, the doctor babbles to Roxie about trying to be a better man. As he packs, he finds a vial of Zenzen. Rehab calls him back with a room. He turns them down and then accidentally smashes his vial. Later, Tracy shows up and sees the liquid on the floor.

More: The latest spoilers for all the soaps

At home, Anna cuts herself while opening the mail when Andre shows up. They discuss her visit to Liv and how she’ll never get closure. The topic turns to the custody hearing. He explains Valentin is retaining full custody. She rants and then realizes she did the same thing to Robert that Valentin did to Lulu. The more she learns about him, the more confused she is. The doctor suggests she pull back from this so she tells him to get out, then apologizes. He analyzes her. She admits that the Cassadine reminds her of who she used to be and she doesn’t like her very much. The shrink suggests she be kinder to herself and steer clear of Valentin. After he leaves, the Cassadine stops by and says he wants them to get past their problems and have peace. His wife and daughter are the only people that matter to him. If she persists in coming after him, he will make her disappear for good.

Carly drops by the Corinthos compound and tells Sonny she’s there figure out what they do next. Losing Morgan could have killed her, but him sleeping with Nelle was more like breaking a leg. He wonders why she can’t get past it. She doesn’t know how she never saw through Nelle. He rehashes what happened and insists he can’t remember sleeping with her. It’s the lying that really bothers her and the way he let Michael get involved with Nelle. He insists that Carly is still the only person he really trusts and they need each other. They kiss but she pulls away. Carly says they may be good at the big stuff but fail at everything else. It’s time to let go.

Hayden does her best to avoid Liz’s questions.

Nelle has an offer to ponder.

Tracy faces off with Finn.

GH Recap: Julian explains all to...