GH Recap: Liv tries bringing Duke back from the dead 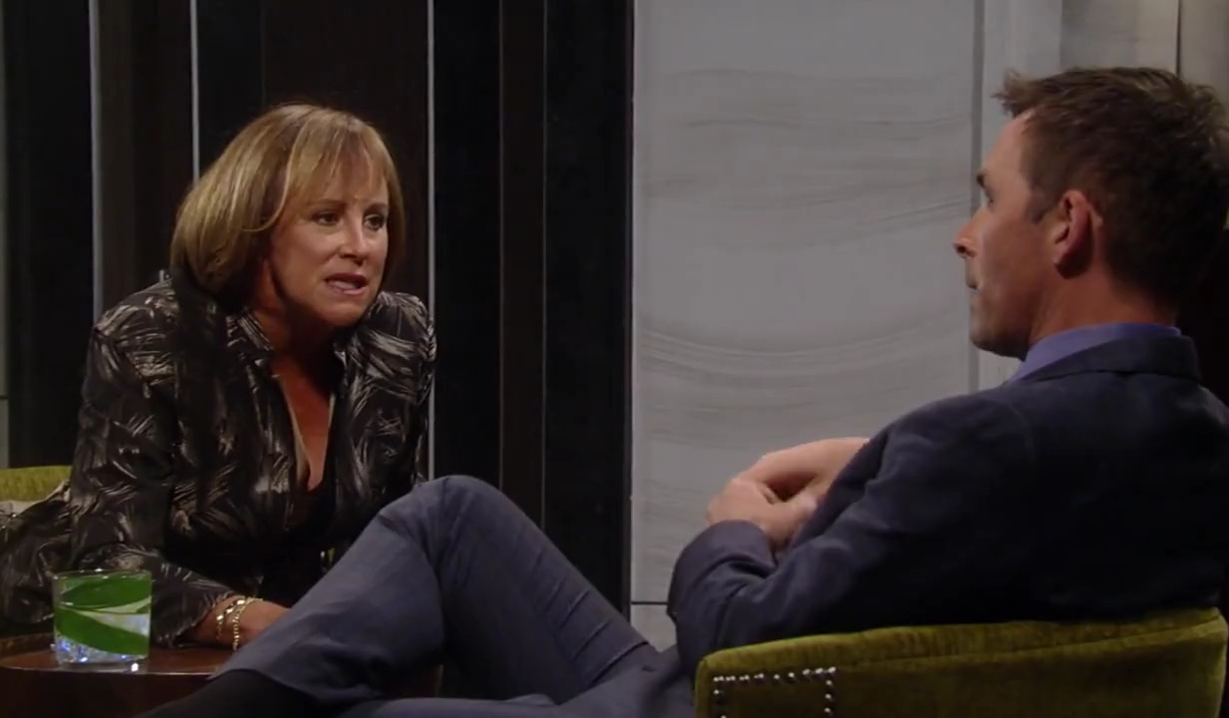 At the Metro Court, Diane and Dante try to convince Lulu to let Valentin and Nina mess up on their own. Meanwhile, Nora urges Valentin to put aside his personal differences with his wife before the hearing. He concedes that there are things about his life that his wife may find hard to accept. Nora looks for a way to spin this.

Laura visits Nina at Crimson and doles out some compliments. She thinks there is a way for them both to get what they want. Laura heard she was going through a marital rough patch and suggests Nina could lose contact with Charlotte. She starts listing the flaws of the Cassadines and promises that she can make sure she has continued contact with the little girl even if her marriage ends. Laura wants her to testify the marriage is a sham. Nina refuses and feels manipulated. Laura manipulates her some more and leaves. Left alone, Nina looks at a drawing by Charlotte.

Jordan arrives at the hospital looking for Julian. Meanwhile, in Julian’s room, he tells Anna that Liv is in the hospital. He passes out as the cops burst in. Anna informs them of what Julian said. Jerome goes in and out of consciousness. He explains that Gray botched the hospital purchase. Liv wanted something under the hospital. Andre offers to look at Liv’s records and urges Anna not to run off looking for her. Devane refuses to listen. Down the hall, Alexis chases down Lucas for an update on Sam. Valerie pops up and tells them there’s a threat in the hospital. Anna joins them and explains. Lucas tells Anna about the lab in the basement Tony worked in. Alexis takes off to see Julian and demand some answers. He groans. Lucas arrives as Alexis declares that she is throwing out the safety deposit key. Meanwhile, Andre shows Jordan Olivia’s record. They see she reverted to a child-like state after her brother tried killing her. When she goes into Julian’s room, he tells her that his sister is in the basement.

A strapped down and shirtless Griffin comes to in the boiler room lab. Liv tells him that ‘they’re onto us’. She explains they’ll be spending the rest of their lives together. Jerome explains that his father’s soul is locked in the walls and wants justice. She needs to put his father’s soul in his body and lights a candle to summon him. Liv wants him to drink some cleansing tea to empty out his body. When he refuses, she pours it down his throat. She draws some blood for the flame and then calls for Duke. Anna shows up with her gun out. Liv leaps back to Griffin and holds a blade to his throat. She explains she’s bringing Duke back. When Anna puts down the gun, Griffin grunts and the women start to struggle. They throw each other around and Liv manages to cut open Anna’s hand. As they fight, they flashback to their past battles. Liv smacks her down. The candle goes out and Griffin leaps up. He strides over to Liv and announces that he’s Duke.

At the court house, Diane tells Lulu and Dante how glowing the review the social worker gave them was. Lulu worries about where her mom is. Diane asks her to stay focused. Lulu glares as Valentin arrives with his lawyer. Nora counsels him not to rise to anything Diane does. Laura arrives and the trial begins. Judge Rawls lets Lulu make a statement. Lulu talks about her deep maternal connection to Charlotte. She can offer her stability and the life she deserves. When Valentin makes his statement, he explains his connection to the little girl and how he has been the one constant in her life. Charlotte is just an abstract thing to Lulu. He’d be lost without his daughter. The lawyers give the judge affidavits and she goes off to read them. Diane assures the Falconeris that their character witnesses can win this for them. Nina arrives.

Nina has to take a side.

Liv wants to get rid of Anna permanently.

Michael has some serious doubts about Sonny.