Monday January 30, 2017: Valentin and Nina discuss their next move, Franco is rushed to the hospital, and Sam learns Jason is in the hospital. 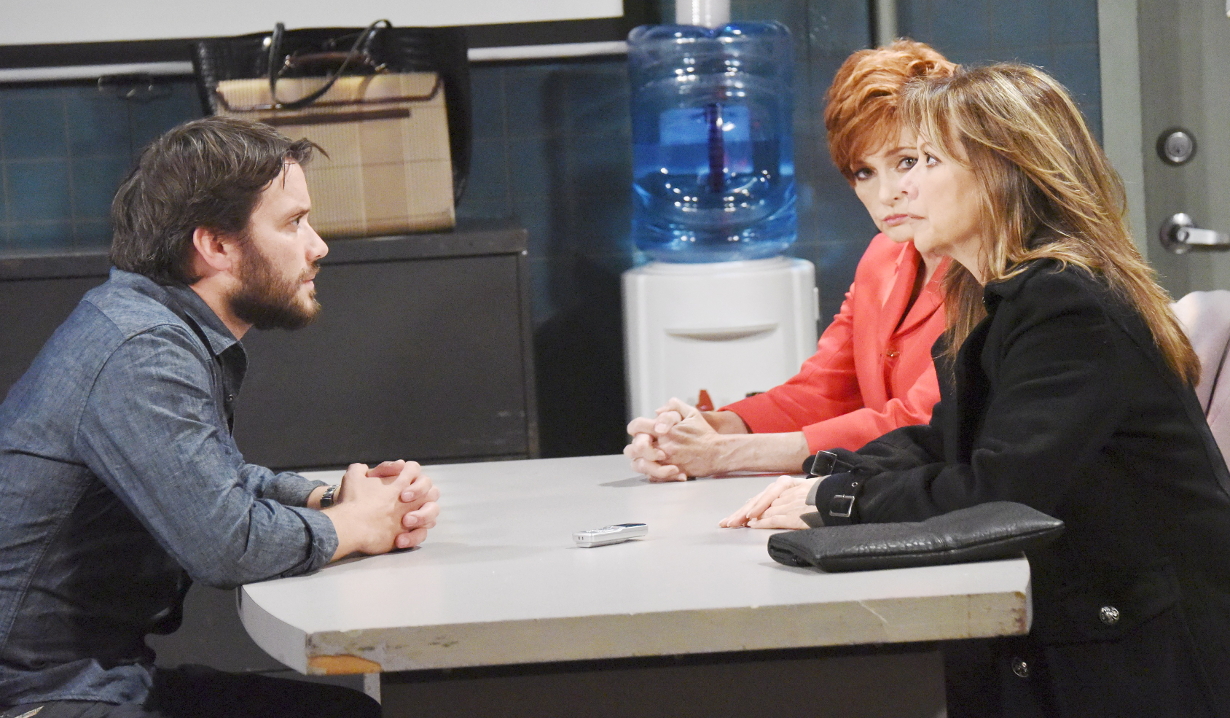 Anna stops by the hospital and chats with Griffin. Sensing something is wrong, she quizzes him. He admits he’s having trouble forgiving Valentin for knocking off Claudette. She promises to get answers and warns that attacking him without proof will make things worse. Anna relates what she knows about the Cassadine. She’s sure that something happened at the academy that turned him into a monster. Nina takes Valentin to The Floating Rib. He orders them some mac n’cheese. She starts talking about Lulu’s eggs. He thinks they just need to reassure Charlotte about how much they love her. The Cassadine tells her the tale of Stavros and the eggs. Valentin didn’t want to participate but Helena sent Daphne to drug and seduce him. When he learned what happened, he stole the embryo. Nina’s impressed by his parental instincts. He turned to Claudette and planned to tell his daughter everything when she was old enough. She thinks they need to start protecting their family. Anna interrupts and reminds him of what he said at the wedding. This makes Nina uncomfortable.

At the PCPD, Kiki begs Nathan to go to the storage house to help Franco and Sam. Meanwhile, Dante interviews Alexis. She confesses to killing Tom. Diane barges in and tries to stop this. Alexis won’t stop and goes into detail about her blackouts and then about Tom coming after her and fighting him off with a knife. She can’t remember killing him and didn’t have any blood on her clothes. He orders a search warrant for her house and shows her a picture of the murder scene. She remembers fighting Tom off, then dropping the knife and walking away. Dante thinks she’s innocent and assumes Franco did it.

Sam is in the storage warehouse with Franco. He tells her that he ran into Alexis in the spot where Baker was killed and found a photo of her with the dead man. Franco insists he wouldn’t have taken it to the cops. He’s sure her mom must have had a good reason for killing Tom. He starts coughing up blood. Nathan and some cops arrive.

Franco is taken to the hospital. Kiki and Nathan crowd into his room. “Where’s Elizabeth?” Franco asks. Griffin checks him over. They wait around for Liz. Kiki fusses over Franco and then leaves him to get some rest. He thinks of the trophies in the storage unit and wonders where he saw them before, finally flashing back to seeing them at Tom’s house. “Liz is in danger!” he blurts out. Meanwhile, Griffin walks into the hall and runs into Sam. He explains that Jason was checked in that morning. Liz faces Seth at his place and they debate about who killed his brother. He doesn’t see how she can trust Franco. They argue about whether Tom could have been reformed and he explains how ill his mother has become due to all the upset. When he wanders off, she finds a photo album full of images of her and Alexis. Seth catches her. He claims he’s never seen it before so they assume it was Tom’s. Liz is sure there must be a clue in there to point the cops in the right direction. He won’t let her leave with it.

When he has questions, Sonny turns to Ava for answers.

Nina has some concerns about Anna’s motives.

Franco faces off with Seth.

GH Recap: Franco faces off with...