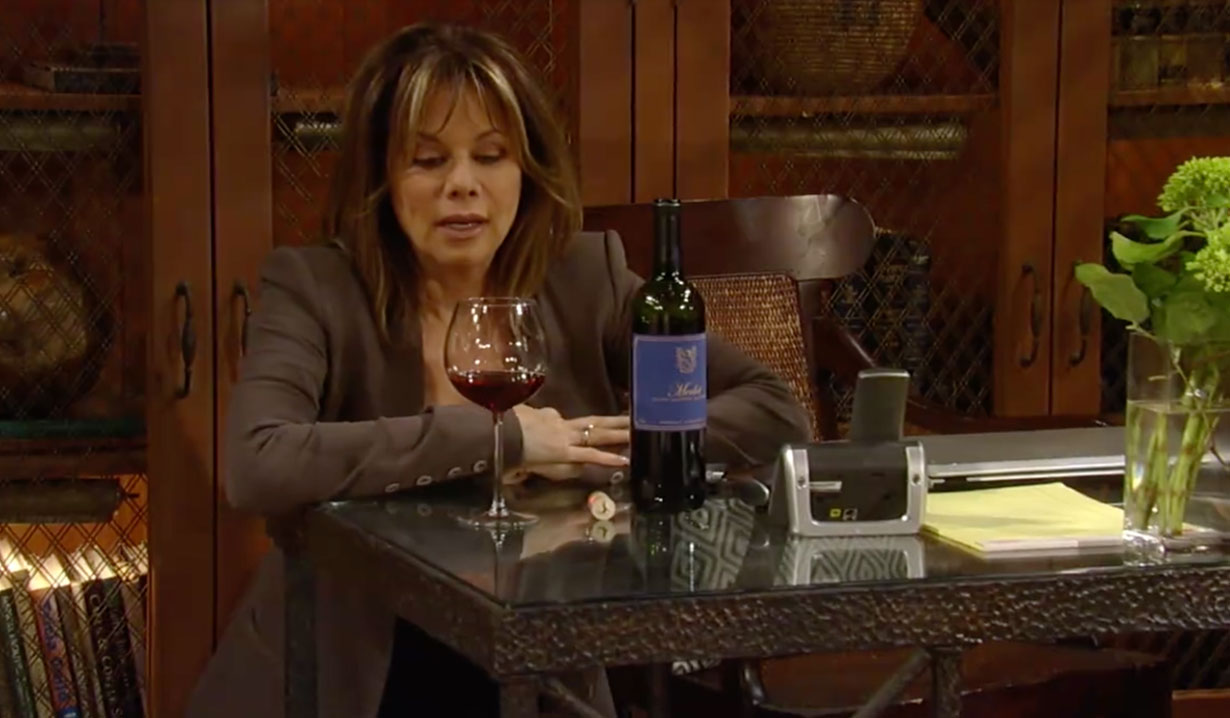 Nathan confronts Dante at the station about what happened to his and Maxie’s wedding cake, because there wasn’t much to freeze and have on their first anniversary. Dante explains Lulu’s mishap.

Lulu meets Kevin and Laura at the Metro Court and confesses to telling Charlotte the truth about her, which was a huge mistake. Kevin suggests family therapy with Charlotte and Valentin. Up in Carly’s office, Michael arrives to see Nelle. He gives her a key ring with an ice skate on it. It’s a gift for her help with Joss, and hopes one day she gets over her own bad memories and can move on.

Carly drops by Sonny’s place and discovers he’s been hoarding mail sent to Morgan for months. They tackle going through it together. Carly starts to notice some outrageous charges, and that he was gambling again. She becomes upset and decides she needs to go to work, and suggests someone else finish opening Morgan’s mail. At the Floating Rib, Liz suggests to Kiki, Dillon and Sam that they go to the cops for help. Sam refuses and tells Kiki and Dillon that she and Liz will handle this. Kiki and Dillon decide to head to Crimson. On the way out, Kiki drops her bag and Franco’s letter falls out when she picks it back up. Meanwhile, Sam begs Liz not to throw her mother under the bus, but Liz feels she has no choice. Alexis stares at the glass of wine she’s poured at her house. She swishes it around under her nose, but then storms into another room with the glass. Later, Sam arrives to warn her mother that Liz has gone to the cops with her suspicions, and she asks if Julian did something to Franco to protect her. Alexis says Julian swears didn’t do anything to Franco and she believes him. Sam is beside herself and asks her mother if she’s falling in love with Julian again. Alexis assures Sam that she’s not, but that he has helped her. Sam sees the open bottle of wine and doesn’t think he’s helped her that much. Alexis promises her though she came close to drinking, she stopped when she saw a photo of her, Kristina and Molly. Sam believes her mom, and they hug. Sam must go, but warns her mom not to answer the door to anyone because it may be the cops.

Liz arrives at the PCPD and tells Dante and Nathan that Franco is missing, but he is not the one who killed Tom. She explains that she believes Alexis killed Tom and Franco was trying to protect her by not revealing this. Liz feels that Julian may have done something to Franco to protect Alexis. Dante offers to go talk to Alexis. Kiki and Dillon end up at the Metro Court for lunch, and the two share a kiss which Carly sees. She snaps at them for acting classless in her four-star restaurant. Kiki confronts Carly and understands if she hates her. Carly doesn’t hate her, and cries that it’s hard seeing her move on. However, Carly knows Morgan would want her to be happy. Carly walks off, and Dillon tells Kiki that she is a good person. Kiki has accepted that it’s time for her to be happy again, and Dillon makes her happy. Carly goes up to her office where Michael and Nelle are still talking. She asks a favor of Nelle. Nelle heads out, and later Michael confides in his mom that he may have found something with Nelle. Carly thinks her son is misreading signals because Nelle is involved with a married man. Back in the restaurant, Lulu thinks Kevin’s suggestion of family therapy is ridiculous, but he tries to make her see what is best for Charlotte. She refuses to hear him out and storms off. Laura is shocked that Kevin can be so impartial about a man who shot him. Kevin promises her that he hasn’t forgotten.

Nelle arrives at Sonny’s place to go through Morgan’s mail as Carly asked. Sonny doesn’t like the idea of her going through his son’s mail, and confronts Nelle about the anger he can see hiding behind her fake smile. He warns her that the anger will consume her life if she keeps feeding it.

Alexis pours the wine out on her front porch, and as she heads back inside, Dante arrives to talk to her about Tom.

Sam returns to the Floating Rib where she left her phone. She retrieves it and notices Franco’s note on the floor, which she reads.

Nurse Amy confronts Hayden about her and Dr. Finn being a hot item.

Finn asks a favor from Griffin.

Kiki wants to go with Sam, but Sam tells her no.

Dante asks Alexis where she was the night Tom was killed.