GH Recap: Maxie and Nathan say I do, and Rudge’s boss is revealed

Tuesday January 17, 2017: Nathan and Maxie are finally married, Anna has a disturbing memory, Rudge sends Julian a message, and the mystery woman is revealed. 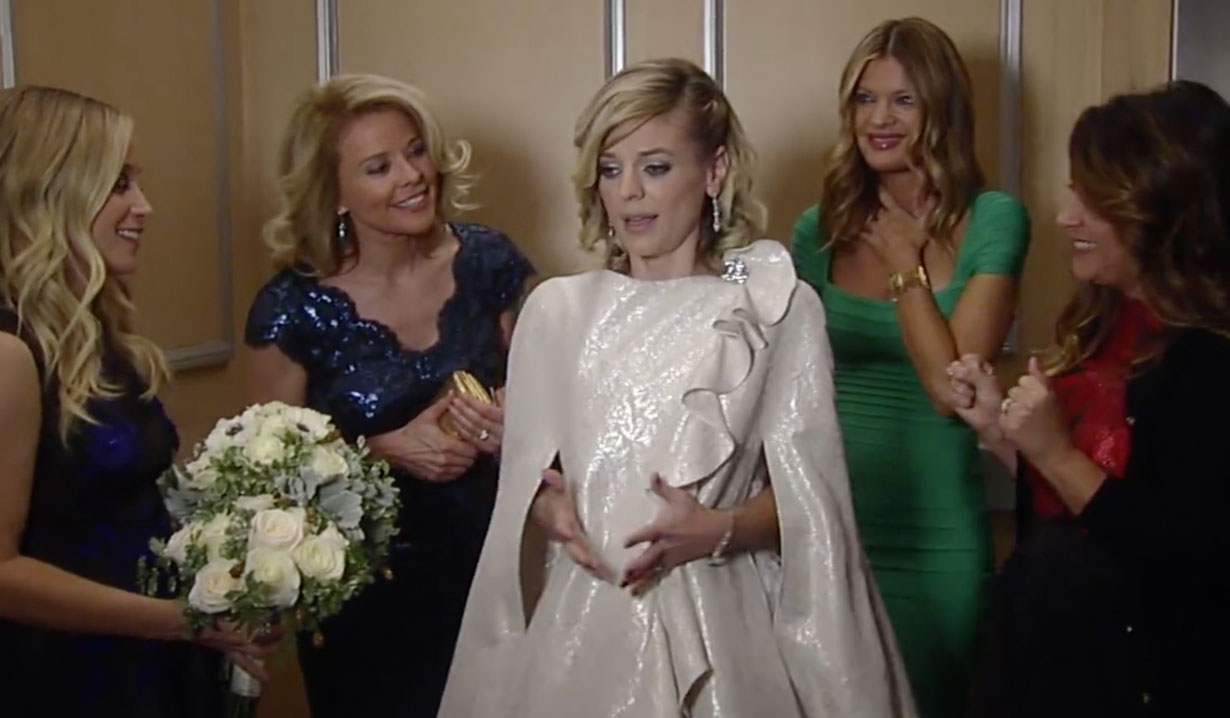 At The Metro Court, Olivia gets a call about Leo and says she’ll meet them at GH. Meanwhile, Maxie, Felicia, Lulu, Robin and Nina arrive for the wedding. Spinelli, Dante and Nathan are already there, and when the women walk in, Spinelli shields Maxie from Nathan’s view. He tells Nathan to blindfold himself so they don’t tempt fate, so he does. Mac brings Georgie for the wedding as a surprise, which thrills Maxie. Anna and Emma arrive, and Felicia excuses herself when she gets a call. Griffin arrives, and as he and Anna talk, she realizes Griffin doesn’t know about Claudette. Emma sees Valentin walk in with Charlotte and she runs over to her friend. She asks why they are there, and Charlotte explains because Nina’s brother is getting married. Felicia announces that Lucy has been stranded out of town due to bad weather, so they have no one to marry the couple. Robin remembers that Spinelli married Jason and Sam not long ago. Spinelli thinks they’d probably want someone other than him, but Maxie can’t imagine this day without him. He agrees to marry them. As everyone gets ready, Lulu faces off with Valentin and suggests he leave, but Nina butts in and says he and Charlotte are her guests. Lulu storms off in tears after Valentin again refuses to tell Charlotte about her. Meanwhile, Andre and Jordan mingle outside of the ballroom waiting for the wedding to begin. Curtis walks up and informs Jordan that he arranged for her to meet Buzz, but they may have to leave tonight. Andre is upset with Jordan and asks her to choose to stay with him. The wedding march begins to play, so Jordan and Andre take their seats. Spinelli officiates and when he asks if anyone objects, Obrecht bursts in and exclaims, “The mother of the groom objects most strenuously!” She is insulted that she got an invite through a text message. Everyone was invited that way, but Obrecht points out that they didn’t even notice she wasn’t here and started without her. Nathan assures his mother that it means a lot to him that she is here, and he shows her to her seat. The wedding gets back underway, and Jordan gets a text from Curtis. Jordan tells Andre that she’s sorry but she must go, and she slips out. Nathan and Maxie wing their vows, complete with flashbacks of how they met. Nathan knew from the moment they met there was a connection, and Maxie tells him that he helped her find the best inside herself. Flashbacks of them celebrating the fourth together, their first kiss, and their New Year’s celebrations are featured. As they share their wedding kiss, Anna has a flashback of a man attacking her and saying, “I waited so long for this!” Later, the reception gets underway and Spinelli introduces the couple. Spinelli lurks off, and Robin checks in and asks if he’s okay. He says he’s happy, but was wondering where Jason and Sam are. At GH, Sam shows Julian the photo Jason found at the pawn shop and asks if it is him. He explains that everything that has happened has to do with the family, and he should have told them this long ago. Suddenly Oliva rushes in asking about her son. Ned appears and explains Leo is having his stomach pumped because when he arrived to pick him up from the sitter, he found Leo with a bottle of aspirin. Ned tells Olivia that the sitter swears she has no idea where the aspirin came from, and she left him alone for a second to check on a noise. Olivia cries this doesn’t make sense, and she thought she was so careful in choosing a sitter. Julian promises her this isn’t her fault. A doctor walks up and lets everyone know they found no traces of aspirin in his system. Julian watches while Ned and Olivia check on Leo. Julian thanks Ned for saving his son’s life, and tells him to take care of Olivia too. Julian tries to slip out, but Sam and Jason stop him to ask what he was going to tell them. He claims that things have changed with the family organizations since he left last year and nothing is off limits now. He says they could target Sam or Danny. He leaves, but Sam believes her father was originally going to tell them something else. Meanwhile, Olivia and Ned continue to bond with Leo. Ned remains puzzled by Julian’s odd behavior earlier.

Rudge meets with his boss at a new location, already filled with Chinese decor. He tells them that Julian is being sent a message for refusing to kill Jason. Later, Julian bursts in and demands to see Rudge’s boss. Rudge’s boss (Tonja Walker) agrees to see him and says, “If you can’t make time for family, who can you make time for!”

Liz tells Sam that Franco is in trouble.

Ava hands Alexis a bottle and tells her that she won’t stop her if she wants to pour herself a glass.

Olivia tells Julian, “I will get my revenge brother, eventually.”

Anna slaps Valentin and calls him a bastard. 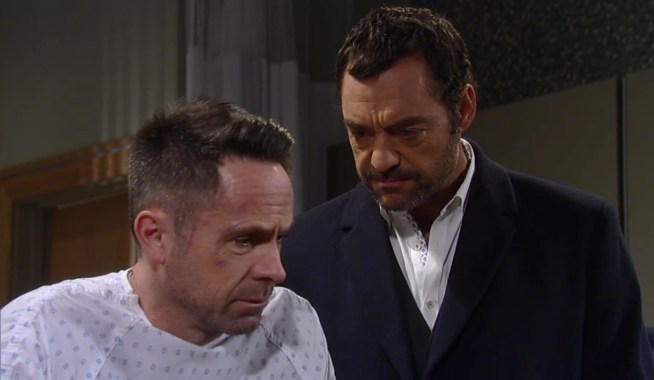 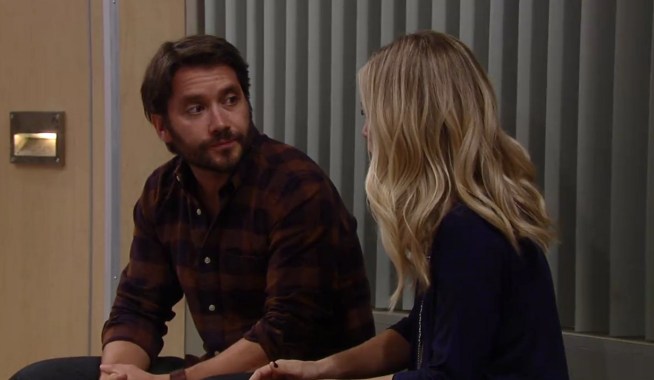