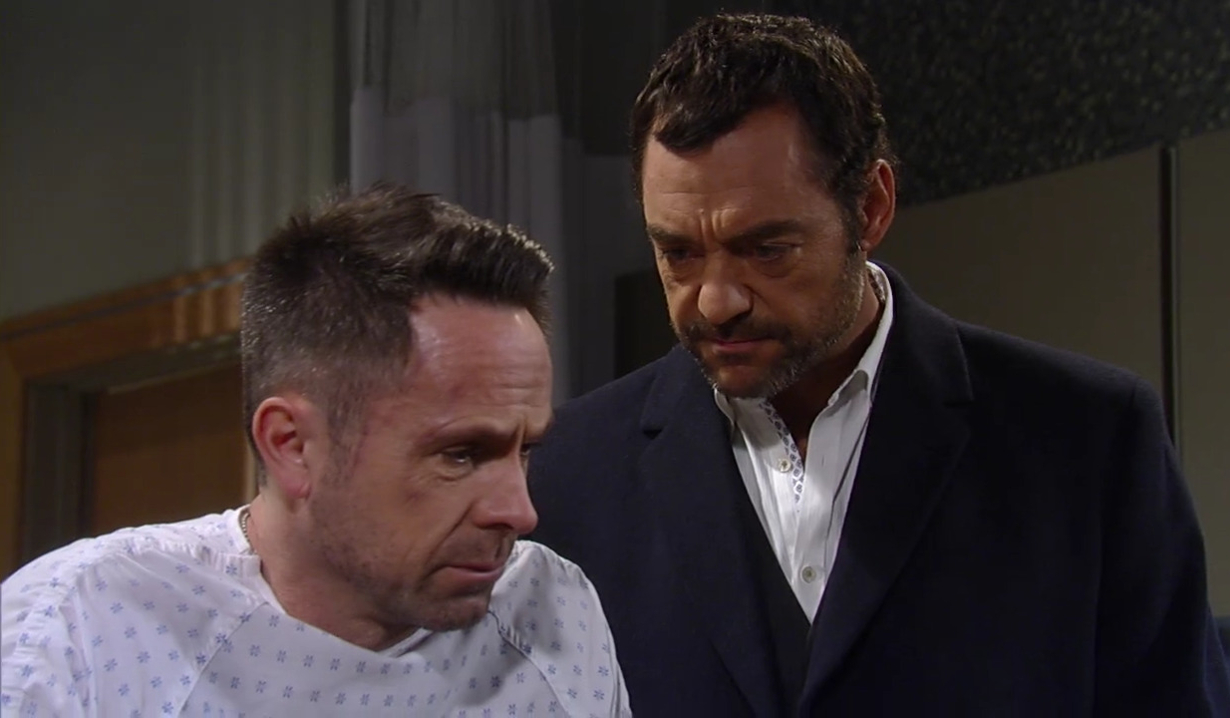 Griffin checks Julian out at the hospital and tells him he’s alright. He leaves to examine x-rays and Jerome calls Alexis to leave a message. Rudge shows up and informs him that the boss is annoyed that she had to destroy her office. He orders Julian to get rid of Jason tonight. Jerome won’t kill his daughter’s husband and he’s sick of being manipulated. He’s going to tell his family everything. Rudge warns against that but Julian won’t listen and storms out. Rudge calls one of his men, a waiter at the Metro Court, and says they need to ‘incentivize’ Julian to co-operate.

Sonny is at home trying to get his ankle monitor off and failing. As he thinks of Nelle, Jason and Sam show up. They tell him the pawn shop was owned by a dummy corporation. When Sam leaves for a moment, Sonny thanks Jason for being a good friend and thinks they should talk about his role in the business. Sam listens as Jason tells his former boss that he only belongs with his family. She escorts her husband out and admits she heard what he said. “I’m with you, no matter what,” she says. She has a twinge. Later, Griffin drops in to chat with Corinthos. Sonny tells him that he’s feeling good after learning he’s not responsible for Morgan’s death, but he cheated on Carly. He wonders if he should tell her the truth.

Sam and Jason stop by the hospital to have her checked out. They run into Julian in the hall. He tells them there’s something they need to hear.

New: Deconstructing GH: Bromances and catfights made for an entertaining week

Nelle is with Olivia at the Metro Court, prepping things for the party. Nelle bumps into Michael, who has brought a tux for his brother. He needs to clear his head and asks her to join him. Meanwhile, Robin arrives as Lulu learns there has been a hiccup. Across the room, Curtis shows up, looking for food. He spots Jordan and tells her he can do her a favor. He informs her of everything Buzz told him. She tells him to bring Buzz in but he won’t. Jordan appreciates how dedicated he is and explains that bringing Buzz in would help him get his badge back. He won’t betray Buzz like that but he has another plan.

In the Crimson office, Nina tells Nathan that Maxie has vanished and Dillon is searching for her. Dante, Lulu and Robin arrive. Lulu hacks into Maxie’s account and Nathan digs around, discovering she ordered a car to the airport. Maxie arrives at the airport to buy a ticket to Portland. She babbles to the ticket-seller about why she needs to go until Spinelli (temporary recast Blake Berris) interrupts her. “You’re supposed to be somewhere else,” he says, claiming he’s there to see Sam and Ellie has taken Georgie to Disney World. She explains she needs to give Nathan some space. He doesn’t think that’s what the cop wants and offers to drive her back to him. Later, Nathan and Dante come in looking for Maxie. They question the ticket-seller, who informs them that he thinks she went to Disney World.

Just in! Fresh spoilers for all of the soaps

Michael takes Nelle to Perks for hot chocolate. She admits that staying in Port Charles has lined up with many of her goals. He asks her to skate. She has bad memories about that. He doesn’t think that you should wallow in pain. Nelle thinks that’s sweet but easy to say when he’s grown up in the lap of luxury. He tries to make a happy memory every day and suggests they rent some skates.

Spinelli brings Maxie to the Crimson office where Robin and Lulu surprise her. Nina informs her that she’s marrying Nathan tonight. Felecia arrives and Maxie breaks into tears. They give her something new, old, borrowed and blue. Maxie tells them how much she treasures them as they get her into her dress.

In the ballroom, Spinelli calls Dante and Nathan to tell them he caught Maxie. The cops soon arrive and Nathan tells Dante he’s honored to have him as his best man. They hug. As Olivia heads for the elevator, Rudge’s contact leaps in with her. Pretty soon, she gets a call and gasps, “Leo!”

A threat against Julian comes close to home. 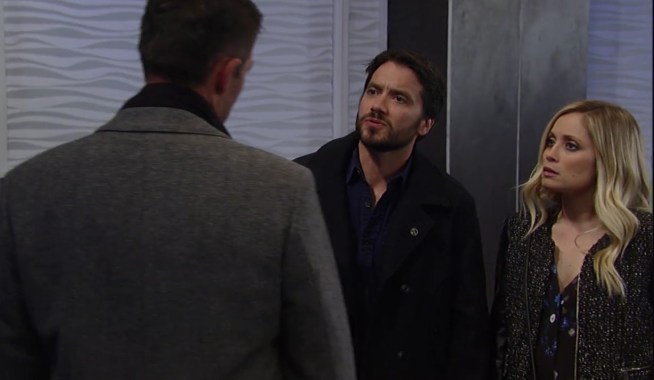 GH Recap: Maxie and Nathan say I do, and Rudge's boss is revealed 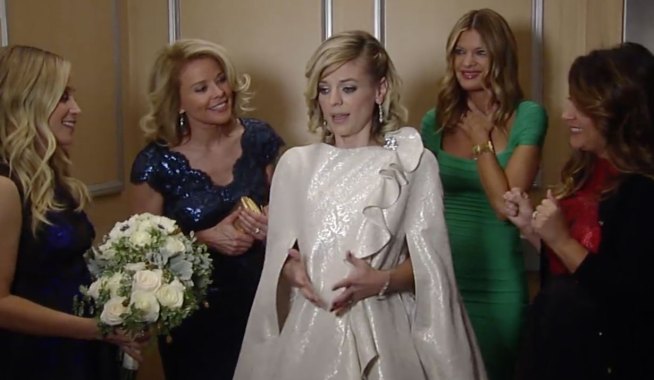