GH Recap: Alexis & Franco both learn more about the night Tom was murdered

Thursday January 5, 2017: Alexis begins to remember the night of Tom's murder, Franco gets a lead, Jason and Curtis learn information about Rudge's boss, and Carly is hopeful. 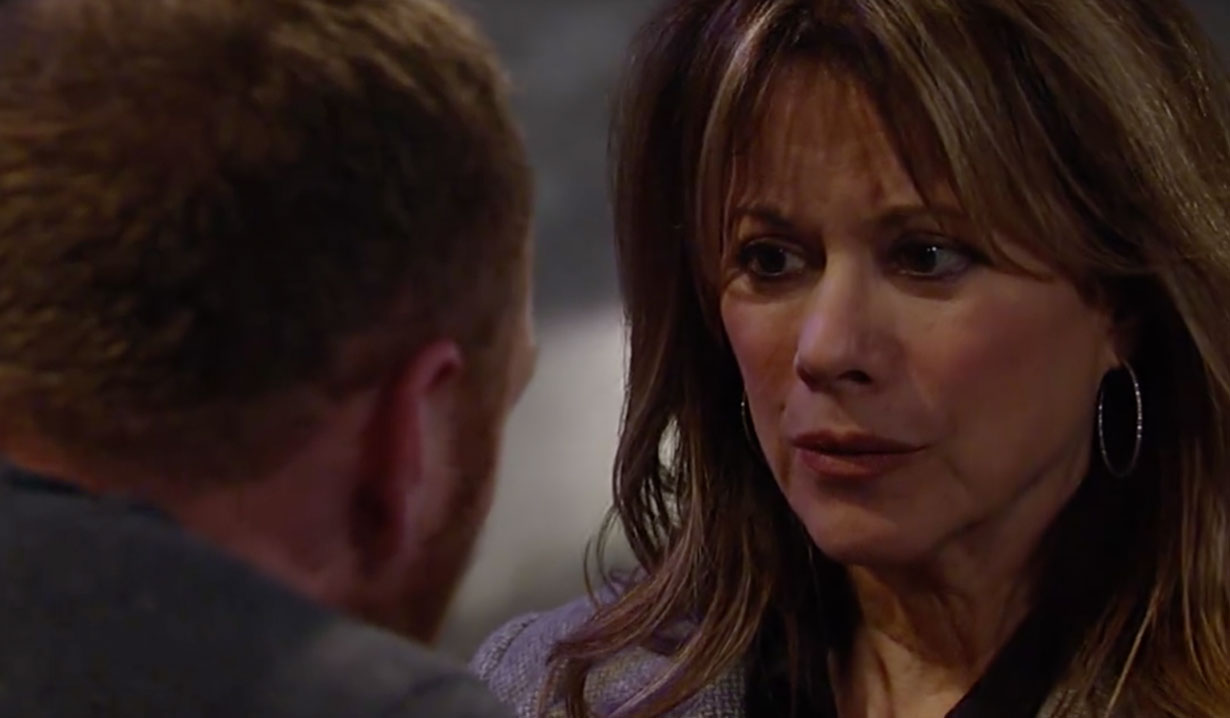 At the Metro Court, Michael tells Nelle that he hopes his parents spent New Year’s together. He asks Nelle if she made a resolution, but she didn’t. He thinks she should resolve to have more fun, and offers to be her coach. She agrees and they shake. He tells her that her first lesson will be tomorrow night.

Sonny surprises Carly with brunch at his place. The two discuss where they go from here. Carly fears if Sonny broke her trust in him again that it would kill her. Sonny promises her that won’t happen.

Sam, Jason and Curtis serve food at a soup kitchen and try and find a homeless man named Buzz. Buzz may have seen something the night of the bombing given he hangs out behind the Floating Rib. Sam decides to leave the guys and go work on her father, who may have answers about Winston and the mysterious model boat.

Ava drops by Alexis’ place to see Julian. They bicker about Alexis, and Ava realizes Julian is trying to save her from her drinking. She jokes that he probably thinks she’ll even forgive him for trying to murder her. Julian exclaims it wasn’t supposed to happen like that. Ava knows he is hiding something about why he got back in with the mob, and she asks if there is another reason he held a knife to Alexis’ throat. Julian says it’s all on him. They are interrupted when Julian gets a call from Sam asking to meet.

Franco shows photos of Tom to the bartender at Gene’s Roadhouse and questions him. Alexis walks in and hides in a corner. After a bribe, the bartender reveals Tom was here drinking that night with a lady, but she blew him off and left. Alexis listens in and begins to remember that night. Franco asks who the woman was, but the bartender doesn’t know. Franco leaves. Later, Alexis approaches the bartender. He knows who she is and explains he covered for her because he takes care of his regulars. Alexis says he didn’t need to cover for her. The bartender tells Alexis they both know more than they are saying about the night of Tom’s murder. Alexis begins to remember Tom following her when she left and confronting her in the alley. The bartender tells her that Tom never came back, so she owes him for both their tabs. She pays him, turns around to leave, and finds Franco standing there. He wonders what she’s doing here. Alexis claims she got lost and came here for directions. She walks out and Franco calls his dad to meet him at the bar because it’s where they need to start proving his innocence.

Back at the soup kitchen, Buzz (Don Swayze) appears to get some food. Curtis and Jason begin questioning him about his life and skills, claiming they could help him get work. Buzz becomes suspicious and tries to leave, so they corner him and force him to talk about what he knows about Morgan. Buzz admits to planting the bomb, but swears he was told it was a tracking device. Jason shows him a photo of Rudge, and Buzz identifies him as the man who hired him. However, Buzz tells them he’s not the one calling the shots. Buzz explains that he confronted Rudge later, and found him with his boss. Buzz tells them, “She is no joke.”

Julian is thrilled to meet with his daughter at the Metro Court. Sam gets right to the point and questions him about. Julian explains he simply buys unique items from Rudge, and that it’s completely legal. Sam doesn’t believe her father and thinks he knows more about the car bombing than he’s letting on. He begs Sam to stay out of it and stop asking questions for her sake and the baby’s sake, otherwise she’s putting herself in danger. Later, Ava arrives to pick up Julian. Sam tells her that he called a cab. Sam asks Ava how Julian is doing. Ava says his therapy is going well, and that he has this idea that he will win his family back one day. Meanwhile, Carly arrives and check in with Nelle. Carly reveals she went to Sonny’s last night and they had a breakthrough, and that she thinks they will make it. Carly inquiries about Nelle’s night with Michael. Nelle tells Carly she had fun, but they are only friends because she already has someone in her life.

Michael drops by his dad’s place and learns Sonny and Carly spent the night together. He is happy for his parents. Sonny asks Michael about his night. Michael tells him he spent it with Nelle, and that there is just something about her.

Alexis returns home and continues to remember Tom confronting her. She begins to search for booze, only to find out Julian has emptied all her bottles.

Dillon asks Kiki if their kiss changed anything.

Laura tells Liz that everyone deserves a second chance.

Scott asks Franco where he was thr night of Tom’s murder.

Jason and Curtis learn from Buzz that there is an underground entrance to the pawn shop.

Julian tells Alexis that he’s trying to keep her from killing herself.

Rudge gives his boss more bad news, and she slams her fist on her desk. 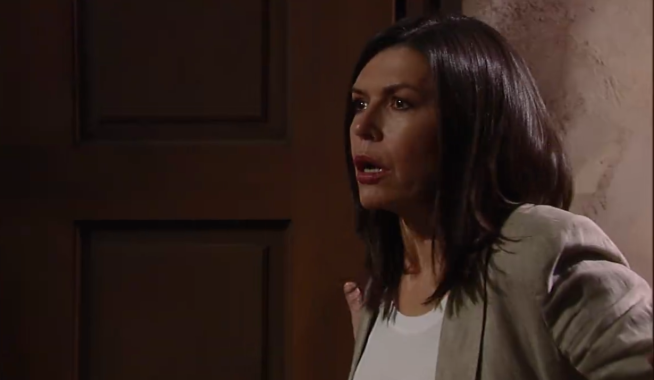 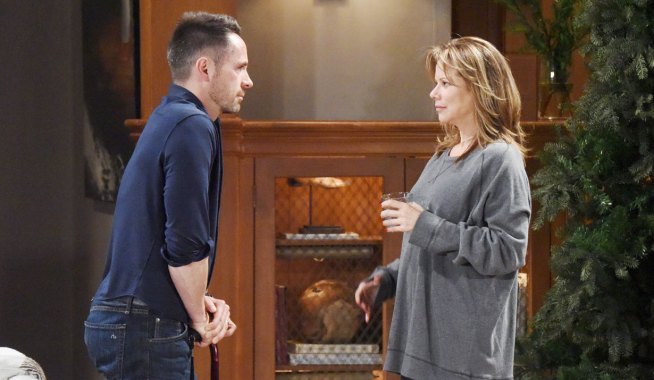