Tuesday September 20, 2016: Nathan refuses to help Claudette, Carly tries to make Sonny promise something to her, and Ava has some advice for Paul. 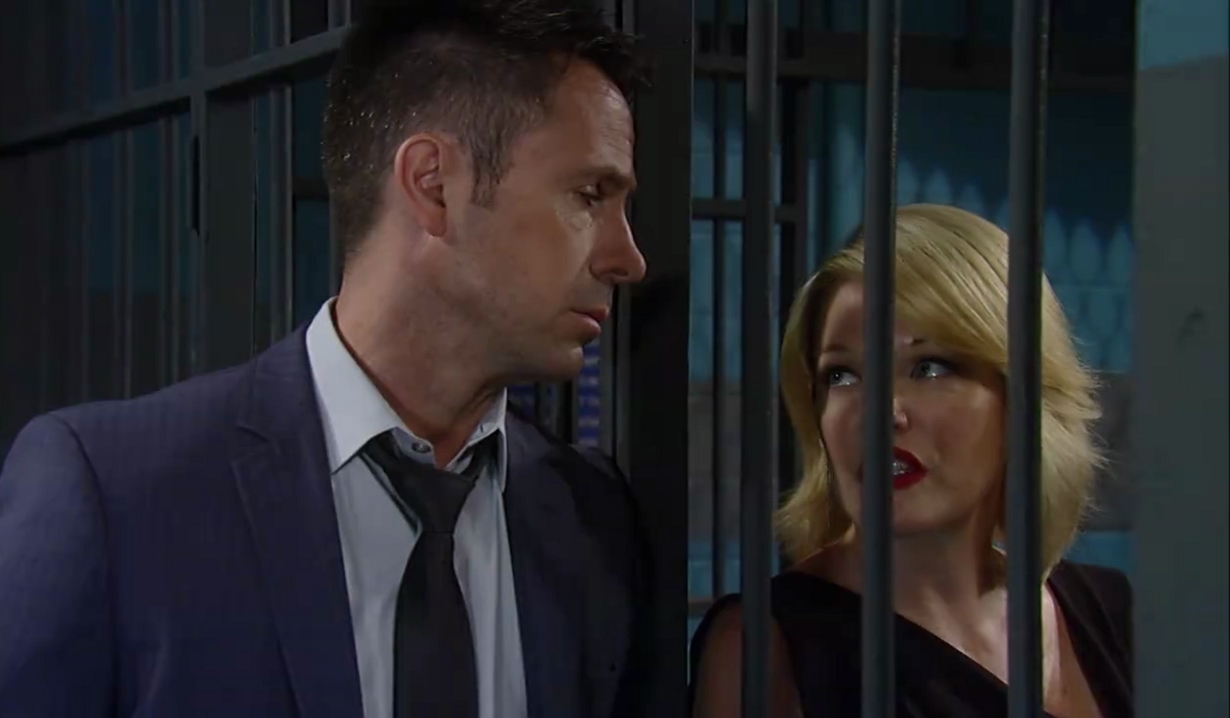 Nathan meets Claudette at her place. She babbles and he asks her to cut to the chase. The blonde blurts out that she needs his help. She hooked up with the wrong man years ago. He’s been tracking her from prison so she’s been staying off the grid. She thought she could get help from the cop by getting back with him, but now feels bad for playing games. He brings up Griffin. She had no idea he was in Port Charles. The cop refuses to help her. She ruined her life and he doesn’t want to listen to her anymore. Claudette begs him to help for her daughter’s sake.

Griffin mopes around the park as Scott gabs on the phone to a journalist about how confident he is Julian will be acquitted. Griffin begins interrogating him. The lawyer suggests he talk to the DA or Sonny.

At the Metro Court, Olivia lectures Alexis for being drunk on the stand. The former lawyer complains about how her confession was tossed and Olivia rails about Jerome’s lack of boundaries. Meanwhile, Sonny and Carly discuss Sabrina’s murder. He suspects that Julian was behind it. She asks him to promise not to take the law into his own hands.

Ava visits her brother in the cells and assures him he’ll be free soon. He’s doubtful. She says he’ll owe her big when things turn out the way she’s expecting. Julian asks if she had anything to do with Sabrina. She didn’t. He thinks her death could doom him and wishes he’d never told Alexis his secrets.

Spotlight on… Alice and the Quartermaines, soaps’ loyal sidekicks

Dillon finds his father sitting in the court room alone. Paul is pensive and explains he’s done a very bad thing. He beats himself up about bungling the trial. Dillon brings up Sabrina’s death and asks him to reassure Tracy that he will catch the killer. He apologizes for being so harsh with him. His father apologizes for not being there for him growing up. A court officer tells Paul the verdict has been reached. Soon, Scott arrives to taunt Paul. Out in the hall, Ava bickers with Olivia and Alexis before they enter the court room. Sonny and Carly arrive, staring over at Julian. The jury hands in their verdict: not guilty on all counts. Everyone in the court room hyperventilates. Ava smirks. Liv leaps up to yell. The jury is dismissed and Julian is free to go. Alexis leaves in tears. Paul walks out to process what happened while the Jeromes thank their lawyer. Ava hugs her brother and says he owes her. A dejected Griffin walks out and Sonny stares daggers at Julian. As Jerome leaves, Sonny tells him justice will be done when he sees him in hell.

Alexis goes to the Metro Court, drinks and talks to herself about the trial and what a farce it was.

In the park, Ava thanks Paul but warns him that there is a letter that will go straight to the authorities if she meets with an accident. She doesn’t understand why he’s been killing complete strangers. He won’t explain, but he understands her need to protect her family. She suggests that he stop while he’s ahead and get out of town.

Griffin goes to church to say a prayer for his father.

Tracy has to lay down the law.

Naomi and Hayden have a frank conversation.

Something from Finn’s past comes back. 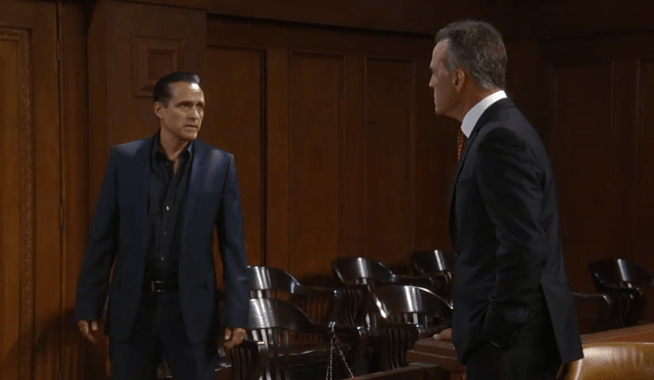 GH Recap: Julian's trial goes to jury and Spinelli has news for Maxie 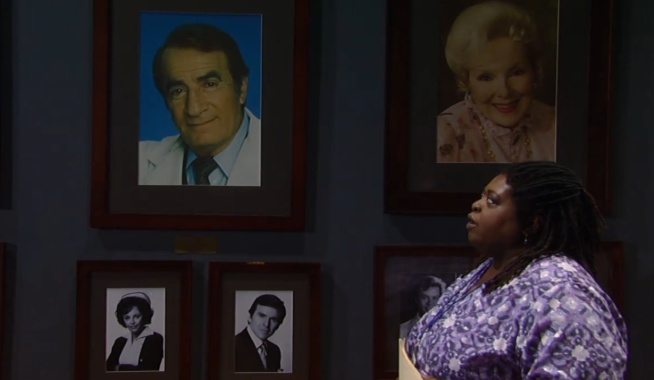