Summary for Wednesday July 6, 2016: Claudette explains to Nathan why she's in Port Charles, Alexis gets Julian to confess, and Sam and Jason discover Nikolas with Ava. 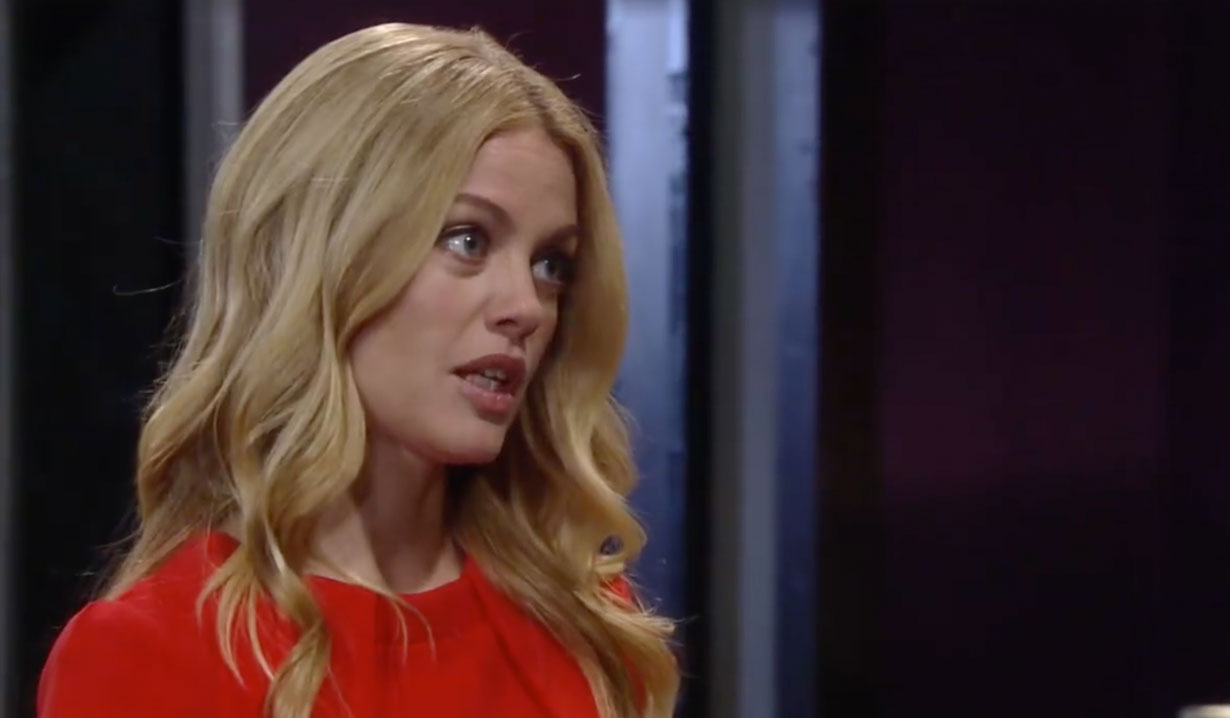 Nathan is stunned to find Claudette at the Metro Court. She explains she just happened to land a new job here at Crimson. She only later realized the woman who hired her is engaged to him, and she wanted him to know. He doesn’t believe it was a coincidence, and they argue about her intentions. Nathan informs Claudette that Maxie knows all about her and what happened. Claudette promises she isn’t here to cause trouble, even though she could if she wanted to. They discuss the man he shot, and Nathan wonders if she’s trying to blackmail him. She swears that isn’t it, and all she wants is peace between them and to carry on with her career. Nathan refuses and wants her gone tonight. He tells her to start packing and leaves to check her out of the hotel. When Nathan returns to get her, he is shocked to see Maxie answer her door.

Julian meets with Hammer in the park and receives a package from him that he believes will help keep Alexis out of jail.

Where are they now? GH alum Julie Berman’s Casual renewed Anna is in a van with Jordan and Paul parked outside of Alexis’ house. They are listening in through Alexis’ wire, and Anna promises to keep her safe. Julian arrives at the house with roses and Alexis invites him in. She wants them to work things out. Julian reveals he has a way to keep her out of prison. He pulls the dagger out of the envelope Hammer gave him, which stuns Alexis. Over the wire Jordan hears them discussing the dagger, so she makes a call and learns it is missing from evidence. She thinks they can at least get him on evidence tampering. Meanwhile, Alexis thanks Julian for what he did, but needs to know if he framed her for a murder he committed. He swears he thought he wiped all the blood off the dagger, and he never intended to set her up. Alexis brings up the handkerchief and bloody shirt he burned, and how she honestly didn’t think he cared if she went to prison or not until she mentioned the baby. He assures her that he didn’t set her up, and that he killed Carlos to save their relationship. Julian continues to spill all, even admitting to the hit on Duke. Back in the van, Anna hands the recording to Jordan, who heads off to get a warrant for Julian’s arrest. In the house, Alexis continues to lead Julian on, but when he goes to kiss her, she pulls away. He is stunned, and Anna and Paul start to worry for Alexis’ safety.

Soap actor crossovers! Do you remember who Jane Elliot was first hired to play on GH?

Carly and Sonny have Avery for the Fourth and celebrate with her, as well as think about everything good that is going on for their loved ones right now. Still, Sonny can’t help but worry about Alexis given what she is involved with.

Jason and Sam sneak into the Cassadine compound in Greece, which appears empty. Ava and Nikolas have gone down to the wine cellar to find something to drink. When they head back upstairs, Jason and Sam are nowhere to be seen. Nikolas pours the wine and they toast just as Sam and Jason burst into the room and surprise them. Jason informs Nikolas he is taking him back to Port Charles in order to exonerate himself, but Ava reminds him that he doesn’t have authority to force Nikolas anywhere. Jason says he actually feels sorry for Nikolas for blowing everything good he had, and that his mother and son are back home grieving for him. Jason demands Nikolas hold today’s paper so they can take a photo of him very much alive, but he refuses. When Sam reminds him how many times Jason has kicked his butt, even Ava suggests he just hold the paper. Nikolas does, and Jason takes a photo and sends it to the PCPD. Ava decides to change the subject and informs Sam of Julian and Alexis’ expected bundle of joy. Sam realize she has to get home, but a storm begins to roll in and Nikolas tells them that it will prevent not only boats getting them off the island, but knock out cell phone coverage. Sam asks Nikolas what he will do when he gets home and has to explain what he did to everyone. Ava says he doesn’t have to go back, but Nikolas feels he does in order to own what he’s done. However, with the storm raging outside, nobody is going anywhere for the evening.

Curtis warns Nina not to get on the wrong side of the law, especially not where Julian is concerned.

Anna tells Paul that they have to arrest Julian before he figures out what Alexis has done.

Julian tells Alexis that they both know where they stand. 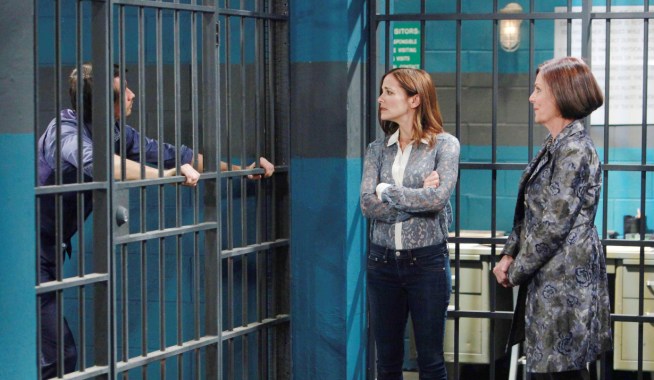 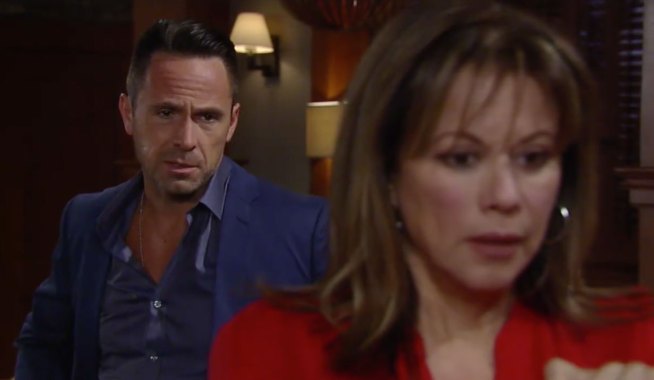