Summary for Tuesday July 5, 2016: CJ arrives in Port Charles, Jason and Sam trail after Nikolas and Ava, and things are awkward for Kiki and Morgan. 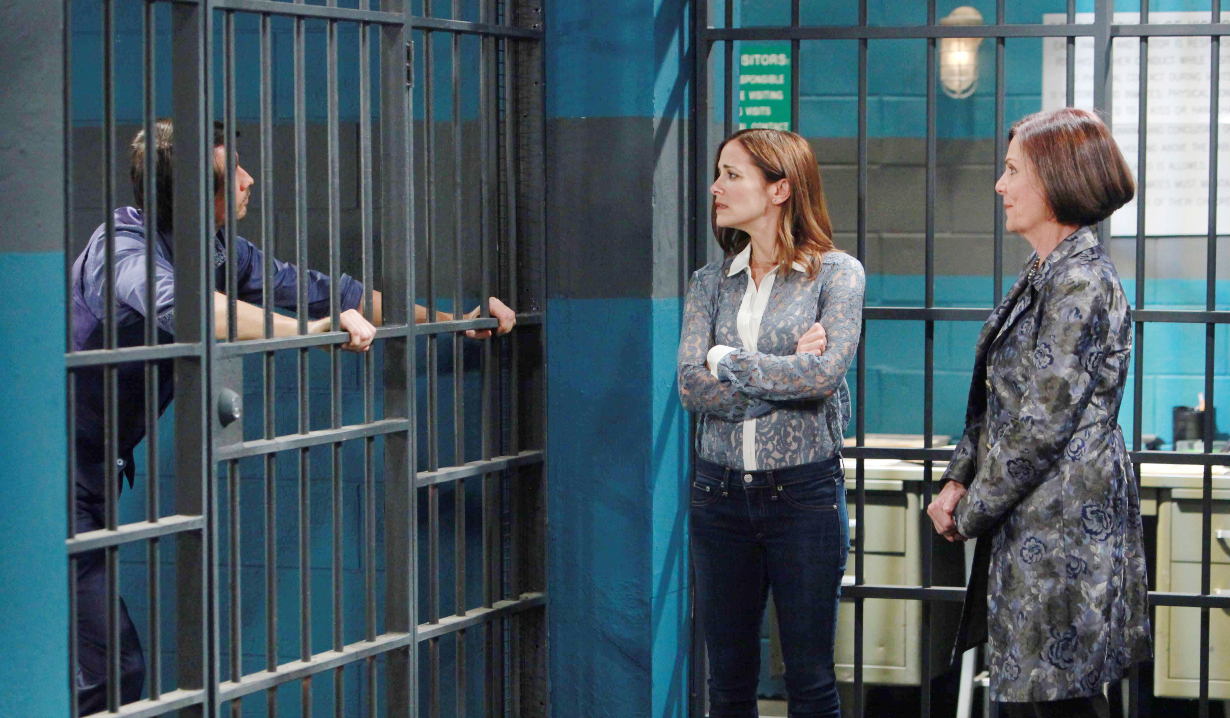 Hayden smuggles Finn’s drugs in for him in the cells. After he injects himself, he starts to feel better. Tracy arrives and cheerfully informs them that Dr. Mayes was murdered. She points out that this should get him off the suspect list. She’s having ELQ’s lawyers negotiate his release right now. Once the Quartermaine exits, Finn tells Hayden he won’t ask her to smuggle in his meds again. Pretty soon, Tracy returns and announces he is free to go.

Ava and Nikolas arrive at the villa on Cassadine Island. The entire compound is empty. He tells her about his family and admits he’s the white sheep among them. Ava used to dream of being a princess. He assures her it all looks better on paper.

At the hospital, Nathan questions Liz about the death of Dr. Mayes. Meanwhile, Obrecht paces and rants to Franco about how they are suspects now. Dr. Monroe arrives and they ponder who the killer could be. Franco wonders why Liesl is so eager for the cops to find a suspect. He goes in to talk to Nathan and tells the cop he was stealing pudding pops from the cafeteria when the murder occurred. When he walks out, he joins Obrecht and Liz in the hall. The nurse asks him what happened. He assures her that he didn’t commit any of the murders. It’s important to him that she thinks he’s innocent. She does. Tracy shows up to rail at Obrecht, who tells her that she’s destroyed all of Finn’s work. The Quartermaine explains that she is going to have him reinstated immediately. Back down the hall, Nathan gets a call saying that a woman demanded that he come to the Metro Court.

Spencer is with Laura and Kevin at the Metro Court having dinner. He’s eager to get to the hot dog eating competition. When the adults step away, Nikolas calls his son and advises him to pack a bag when he gets home. Spencer gets off the line as the adults return. They question him but he claims he was only speaking to his father’s voicemail. Maxie and Dillon sit across the room. She babbles until she notices he’s distracted and guesses he has girl trouble. CJ arrives to interview as a graphic designer. Dillon runs off to grab some paperwork. The ladies discuss CJ’s CV and how Nina has turned around Crimson. Maxie shows off her engagement ring and then shows her a photo of Nathan. When Dillon returns, they go over a mock-up of a new edition and she offers them her feedback. Maxie is impressed and hires her. She invites her to the fireworks but CJ insists on an early night. After she leaves, Maxie suggests that CJ would be a good match for Dillon. He shakes his head so she guesses he’s still hung up on Kiki. Finn and Hayden arrive across the room. He receives a call from his medication source. There is a problem with customs and he can’t get them anymore. Meanwhile, Nathan heads to a room upstairs. When he opens the door, he’s startled to see CJ there.

Jason is with Sam in England. He explains that he lost Nikolas and Ava’s trail. They ponder. He guesses Nikolas must have gone to Cassadine Island. They call Spinelli to start digging.

Back on Cassadine Island, Nikolas gets food, leaving Ava alone. She hears something and grabs a firepoker. The prince returns with caviar. When he reminds her it’s a holiday, she gets glum. They go down to the cellar to get wine. Sam and Jason pop up.

Kiki and Morgan go out to the park. When she shows off her bikini top, he notices the scar from her shooting. That makes things awkward. As he rubs sunscreen on her, she thinks of Dillon and then races off to the snack shack. After they get sodas, he points out that he won’t be able to drink or do anything crazy. He wants her to be aware of that. Meanwhile, Franco runs into Liz and she asks him to join her and the boys.

Alexis makes a bold move to expose the truth.

Griffin has an uncomfortable conversation with Maxie. 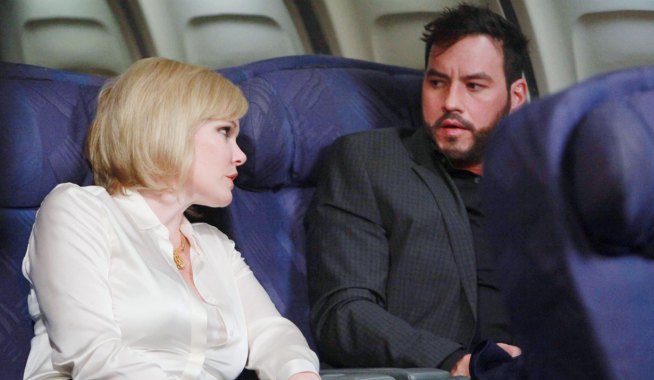 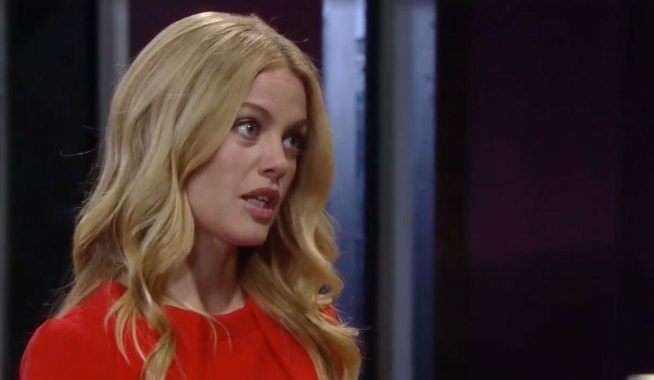