Summary for Friday June 24, 2016: Sonny argues with Carly over Michael’s plans with Sabrina, Michael discovers that Teddy has fallen ill, and Julian argues with Carlos’ ghost. 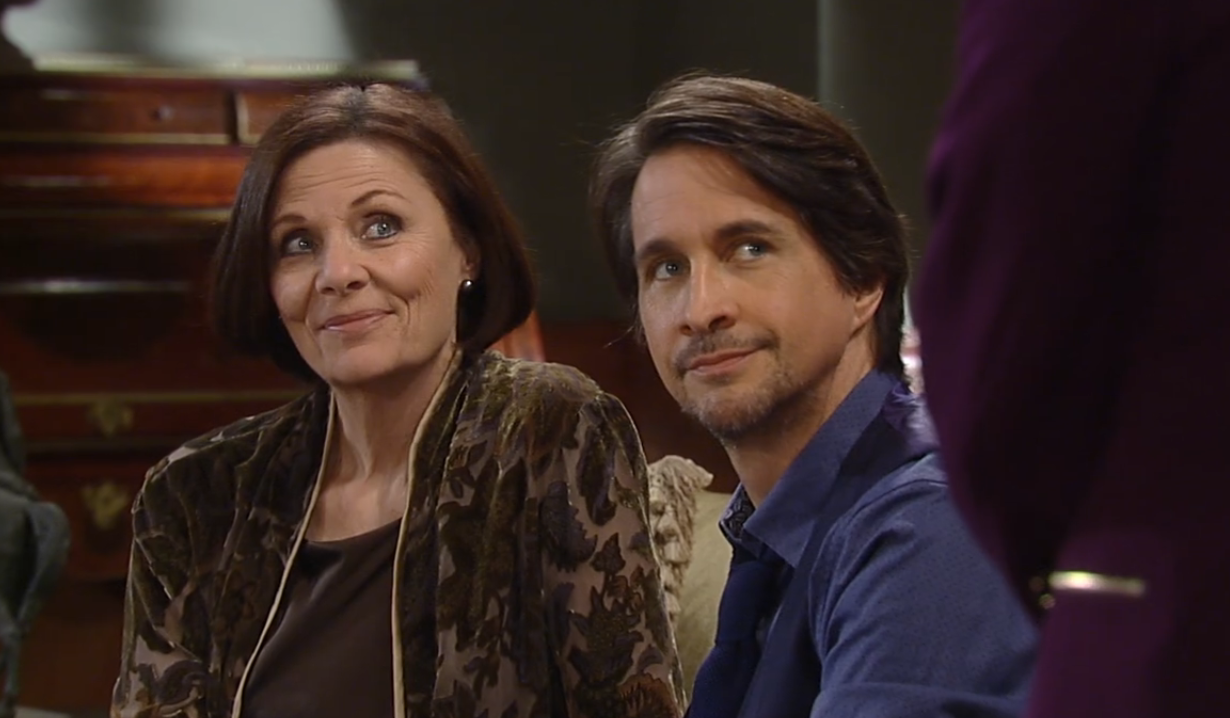 At the Metro Court, Dr. Finn calls Felix and threatens to pick up lab work and patient files if he doesn’t send them to the hotel. Tracy calls as soon as he hangs up with Felix and voices her concern over being assigned to a new doctor. He suggests a house visit over coffee.

Anna rushes into the PCPD to see Alexis before arraignment and is stopped to receive flowers and a card previously delivered for her. She reads Sawyer’s apologetic note about standing her up as Paul interrupts curious over who her secret admirer is. She thinks it’s none of his concern, but he is concerned over a man’s apology that came a day late. Anna takes that as a sign to give Sawyer another chance and leaves with her flowers. In the interrogation room with Alexis, Diane demands to know what happened. She’s aware of how bad things look for her. Diane is certain she will go free. They exit interrogation and are confronted by Mayor Lomax who doesn’t mince words in calling Alexis a hypocrite. After they leave, the mayor turns her attention to Paul; he should do everything in his power to make sure Alexis is held without bail. Alexis Davis needs to be put in her place. Later Diane returns from arraignment with Alexis happy over getting out on $10,000 bail. She questions Paul who thinks his request for no bail fit the crime. Anna interrupts to speak to Alexis. In interrogation, Anna thinks Alexis can find contradictory evidence at home proving Julian killed Carlos. Outside, Paul promises Mayor Lomax that Carlos’ murderer will go away for a very long time.

Sonny greets Julian at the Metro Court and makes it clear he doesn’t want Kristina’s mom to rot in a cell for something he did. Julian doesn’t answer to him. Sonny joins Carly nearby as Michael arrives for breakfast. He wonders if everything is okay with Morgan. Carly shares they’re unhappy about Alexis’ arrest. Michael worries about his sisters but Carly changes the subject when he questions if Sonny is handling it. The discussion turns to Sabrina. Michael hopes they have a future together. Carly argues against that causing Michael to storm off. Sonny thinks Michael’s his own man and Carly should leave it alone. Carly’s afraid Michael has become too much of a convenience for Sabrina. Later, Anna lets Sonny know Alexis made bail. He hopes it inspires her to turn on Julian.

At the Quartermaine’s, Monica walks in on Dr. Finn finishing up his exam and discussing his suspension. The two are tip-toeing around why he is there when she receives a text by a board member to address a certain doctor’s insubordination. She leaves and Dr. Finn asks Tracy if she’s ever considered getting her own place. Michael arrives and goes to wake up Teddy. He returns hoping Dr. Finn can take a look at him. Dr. Finn takes a quick look and advises they rush to GH.

Julian is happy to find nobody home so he can pack in peace. He pours himself a drink and hears Carlos say, “Hey boss, you miss me?” Carlos’ ghost thinks Julian brought him there to ease his guilt. Julian wants to explain what happened to Alexis. Carlos laughs, he fell in love and it has come back to haunt him. Julian can’t see a way out. Carlos reminds him there’s always a way out and taunts him that Alexis will throw him to the wolves. Julian thinks Alexis loves him and won’t let Carlos talk him into throwing his life away. Carlos’ taunting continues; in the end he believes Julian will do anything to save himself. Alexis arrives wondering what he is doing there. Julian wasn’t expecting her. He swallows when he sees Carlos behind Alexis looking back at him

At GH, Felix smiles when he sees Sabrina – she’s free. She realizes it was a pipe-dream to think she could change Carlos. Felix warns that Carlos is still ruining lives and shows her the headlines of Alexis’ arrest. Sabrina remembers the good. Felix reminds her she’s a widow now, perhaps she can build a family with someone who cares for her and Teddy, someone like Michael. Sabrina loves where she is, Tracy has been kind, but she did love living with Felix in the past. Felix misses her but appreciates the extra closet space for his boyfriend Donny. Sabrina admits she’s worried if there is still a chance for her and Michael. Suddenly, Dr. Finn, Michael and Tracy arrive with Teddy calling for help. Dr. Finn, Felix and Sabrina rush off to treat Teddy. Monica sees Michael and Tracy and wonders what is going on.

Ava is in shock over what she has done.

Dr. Finn must share news of a patient’s diagnosis.

Julian struggles over actions he believes he must take. 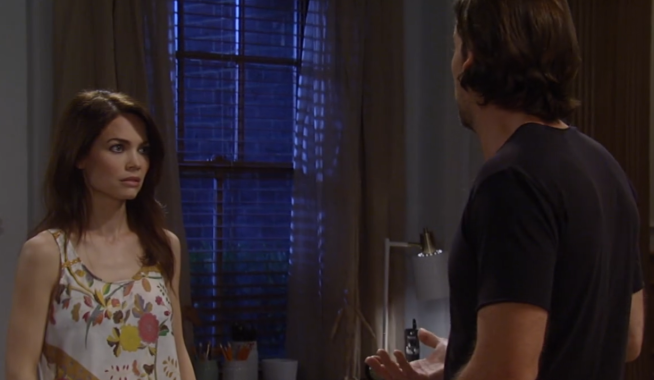 GH Recap: Jason and Sam track down Ava and Nikolas at Huxley Manor 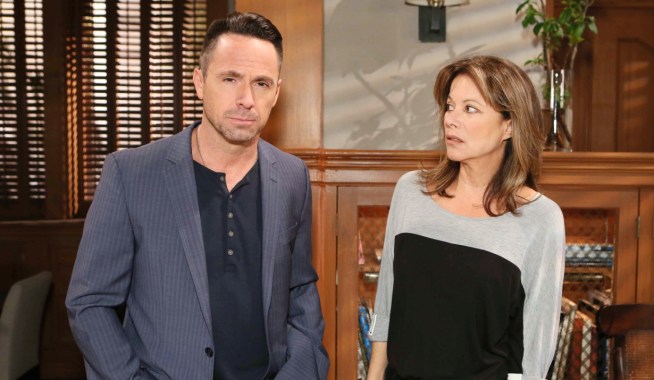