Summary for Tuesday June 21, 2016: Anna and Jordan keep watch over the interrogation room, Alexis questions Julian’s true feelings for her, and Nikolas and Ava try to figure out Huxley’s intentions. At Huxley’s, Nikolas reminds Ava that he’s come from a long line of kidnappers and banging on the door demanding to leave won’t help. Ava argues with Huxley when he brings food. Nikolas apologizes for her rudeness and asks why they are being held captive. Huxley thinks he’ll figure it out and leaves telling them to, “Eat, drink and think.” Alone Ava rants that the ‘Prince of Politeness’ will not get them out of there with his manners either. Nikolas inquires what Ava has that their captor wants. She has no idea and stares incredulously as Nikolas claims that she’s playing him and is in cahoots with Huxley to kidnap him. Ava doesn’t care about Nikolas , he’s broke and she has better things to do with her time. Huxley returns and demands Ava give him the Greek figurine in her case that was stolen from Lynch Manor 50 years ago. She won’t.

At the PCPD Alexis warns Julian that Jordan and Anna are watching their every move. Julian’s sorry and assures her he didn’t put her in harm’s way, he wiped the dagger clean. Alexis gloats, “You missed a spot.” She’s sure their case is a slam-dunk and is certain the only way she won’t go to prison is if Julian confesses. He believes it’s best that she stand trial for murder and get acquitted. Outside Jordan believes the couple’s body language indicates they are not on the same side. Anna wonders who will sell the other out first – she doesn’t think there’s a chance in hell he’ll confess to save Alexis.

New TLC Series! Kelly Sullivan in Too Close to Home

At the clinic, Sonny’s happy to hear Morgan’s ready to be released. He admits he’s not ready and knows Sonny would be the only one to understand. Sonny’s sure he’s ready and encourages him to trust the professionals who are ready to send him home. He’s so proud of him for coming out on the other side stronger and although he’s positive they will let each other down, they pick each other up and make it right. Morgan hugs him.

At Kiki’s, Dillon compliments Kiki when picking her up for their date. She admits her mom took her on a shopping spree while she forces off a cough and sneeze. She has the worst cold ever. He wonders why she didn’t reschedule. She didn’t want to blow it. He’s sure she can’t and kisses her despite her cold.

At GH, Epiphany and Elizabeth share Dr. Finn’s suspension with Carly. Alone, Epiphany helps Elizabeth get into the appointment calendar to confirm her suspicions that Rachel was up to no good in the staff locker room. Meanwhile, Carly meets Michael in Dr. Maddox’s office at Sonny’s request. They’re both surprised when Morgan arrives with Sonny and they share that he’s been released.

In his room at the Metro Court, Dr. Finn’s sorry he said anything about dying but appreciates Rachel’s concern. He explains how he contacted a rare disease in his travels. She thinks he should see a doctor; he decides to invite her to play backgammon instead, it calms him. She interrogates him about his disease. It’s not cancer, not contagious and besides Roxie, she’s the only person who knows about it. She can’t believe the hospital is railroading him and becomes eager to help him cure himself.

Nina can’t get Franco off her mind.

Morgan touches base with Kiki and makes a confession. 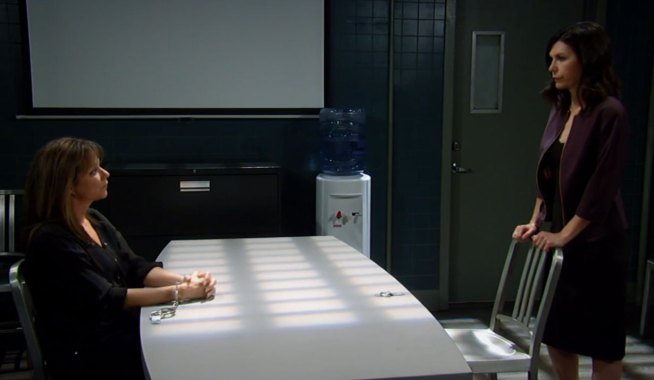 GH Recap: Franco and Liz share a kiss, and Sam and Jason are on Ava and Nikolas' trail 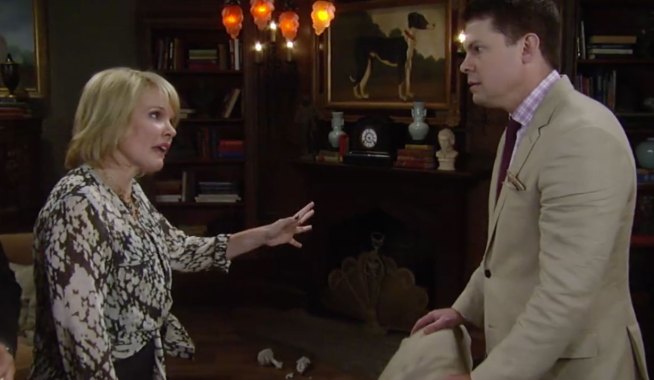