Summary for Monday June 6, 2016: Nathan confesses the truth about Claudette to Maxie, Lucas remembers some of his attack, Franco offers to help Liz, and Rachel's mother Naomi comes to town. 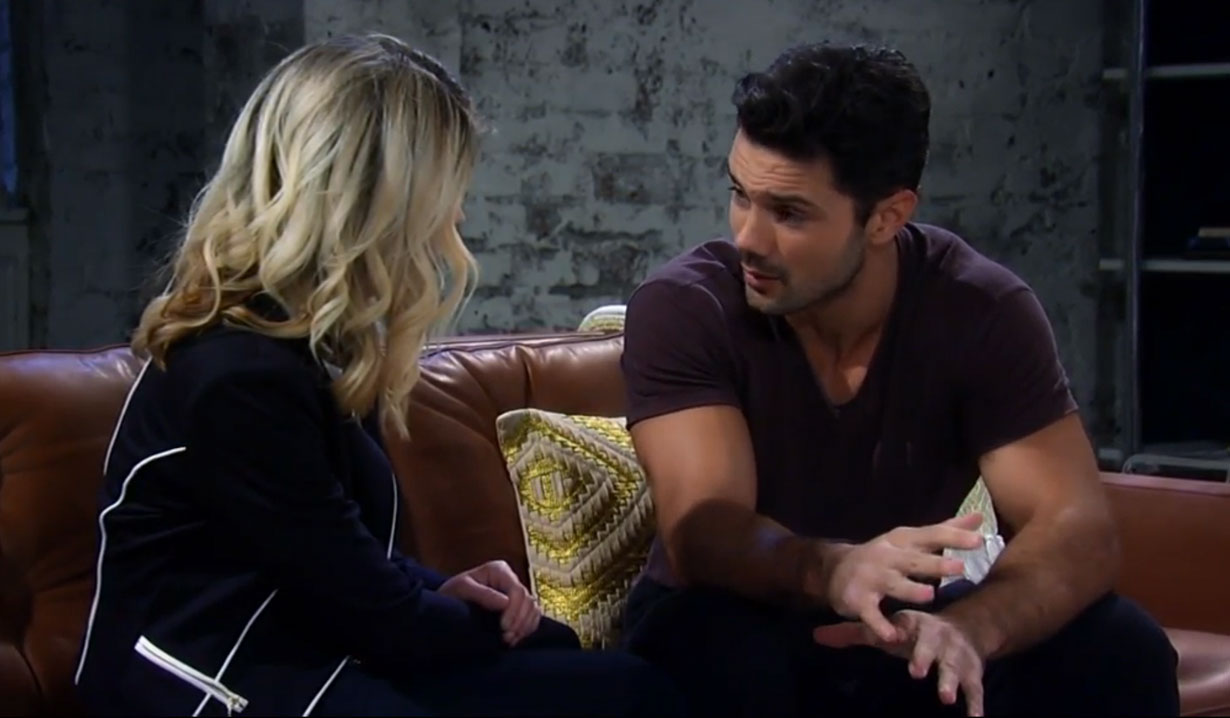 Rachel’s mother Naomi walks into Wyndemere as Liz and Rachel are in the middle of a catfight. Naomi introduces herself to Liz, who quickly leaves. Naomi tells Rachel that she came because of news about her husband. Rachel doesn’t want her mother’s sympathy, and accuses her of putting her father in prison. Naomi says if she didn’t turn him in then they both could have gone down for Raymond’s crimes. Naomi offers to help Rachel out with the feds. She says they owe her for helping them with Raymond. Rachel thanks her. Naomi happens to need help from Rachel, and says she’s trying to track down her diamond necklace. Rachel claims she doesn’t have the necklace, but Naomi knows she does as Nikolas sold one of the diamonds recently. Rachel says Nikolas stole the diamonds from her, and now he and the diamonds are gone. Naomi thinks she’s lying to her, but Rachel says between her and Liz Webber she has had it. The Webber name shocks Naomi, as she thinks she may know it. Naomi says she’ll be back in the morning to help her search this place for the diamonds.

Liz arrives at GH for work and runs into Franco. He’s been worried about her and offers to listen to her problems if she needs to talk. She vents about suspecting Rachel being involved in what happened to Nikolas. He tells her that he’s the man to help her if she wants to destroy a rival. She’s not sure getting mixed up with him is a good thing, because she doesn’t need any more complications right now. She says she’s lost her only one true friend in Nikolas, but he tells her that isn’t so. Elsewhere, Jordan heads to Lucas’ room, where Lucas remembers someone trying to kill him. He recalls finding someone standing over his mom with a syringe, and that they jumped him and shot him up. Lucas believes his assailant was a doctor, and while it was dark and the lights were off, he could see them wearing a white coat. He remembers they had a cap and mask, so he couldn’t see their face clearly. Lucas’s stats become elevated due to trying to remember, so Monica orders everyone but Brad out. Out it the hall, Jordan asks for the records of all doctors on duty from that night, but Mays says this is ridiculous as Lucas’ memory has been tainted by the drugs. Jordan later takes Monica aside and warns her that a warrant is out for Jason for Nikolas’ murder.

Deconstructing GH: Long drawn out mysteries are piling up and becoming annoying

At Sonny’s cabin, Jason tells Sam that he thinks Nikolas isn’t dead and has been playing them. Jason believes he was trying to frame someone, and since he didn’t know he was coming, he was likely trying to frame Rachel. Jason gets a call from his mom warning him about the warrant out for him. He thanks her and says he’ll be in touch as soon as he can. Jason relays the news to Sam. He feels they are better off laying low here and trying to figure out what really happened to Nikolas.

Maxie and Nathan arrive home where he asks her to sit so he can tell her the entire story about Claudette. He recounts confronting her one night about suspecting her of cheating, and how he had become a heavy drinker due her shenanigans. She denied cheating, but he later found her and her lover in bed. He says he was drunk, but remembers firing his gun at him and passing out. Nathan says when he came to the guy was gone and there was blood on the sheets. He doesn’t remember what he looked like, and Claudette wouldn’t tell him who he was. The guy never reported the shooting, which is lucky for Nathan because he could have lost his badge and been sent to prison. A stunned Maxie says this changes everything because he’s not the man she thought he was. He says he is still the same guy she sub-letted her place to, but she says that guy would never have lied to her. She can’t think about them or their future right now, and leaves for her parent’s place.

Back at the hospital, Monica confronts Finn and asks if he has a drug problem. He swears he doesn’t, so she asks him to take a drug test and vindicate himself. He tries to claim it is no necessary, but she orders him to take the test in the morning. Meanwhile, Dr. Mays asks Obrecht if she’s certain Finn can’t be trusted. Obrecht is positive that Finn is hiding something and she will find it out.

Nathan asks Maxie if they are still a couple.

Kristina tells Aaron that she is the answer to all of his problems.

Sonny wants to know what Morgan isn’t telling him.

Diane tells Alexis that she needs to turn Julian in today.

Julian tells Ava that he has the resources to silence “them” permanently. 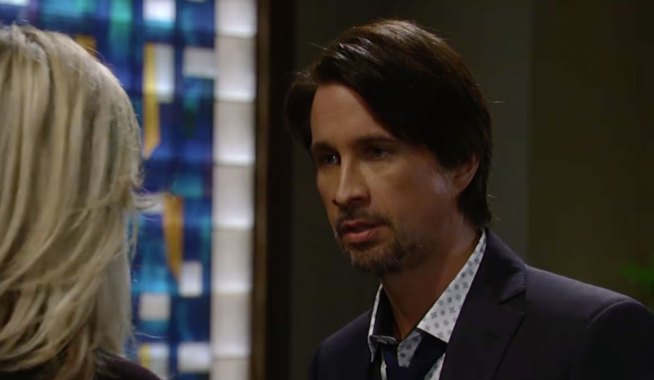 GH Recap: Carly confronts Finn about his lies as Lucas wakes up

GH Recap: Julian is one step ahead of Alexis 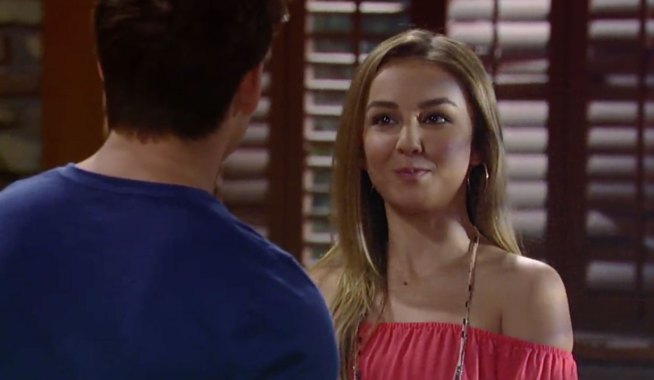