GH Recap: Carly confronts Finn about his lies as Lucas wakes up

Summary for Friday June 3, 2016: The feds search Wyndemere, Rachel's mother arrives in town, Lucas comes to, and Jason has a theory about Nikolas. 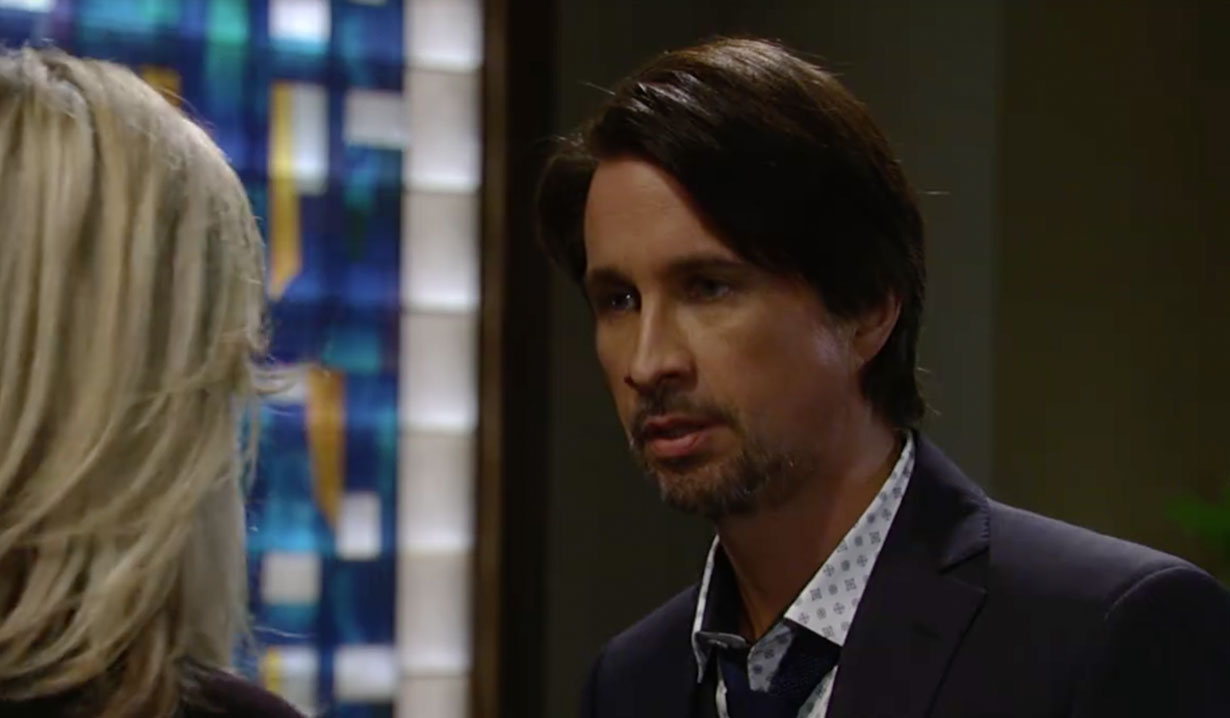 The feds arrive at Wyndemere and plan to search the place from top to bottom. Jordan heads back to the station, and Liz taunts Rachel that the walls are closing in on her. Rachel reminds Liz of the lies she’s told, including covering up that Nikolas had her shot, so she is a far worse person. The feds find a list of the diamonds matching the ones that her father owned and went missing. Rachel says that is her husband’s, and it is a public list he acquired of all the goods of her father’s that remain unaccounted for. They eventually leave, as does Liz. Rachel makes a call to her bank to close and cash out her account. She goes to leave, only to find Liz standing at her door wondering where she’s running off to. She refuses to let Rachel flee town, and ends up fighting her and pinning Rachel to the ground. Suddenly, Rachel’s mother [Robin Riker] walks in and asks what is going on.

At GH, Brad continues to sit with Lucas. He tells Lucas how much he needs him, and asks him to squeeze his hand, but Lucas doesn’t respond. In the hallway, Obrecht confronts Monica and Dr. Mays over the fact that the person who tried to kill Lucas isn’t behind bars. She rants about how Monica is doing a horrible job, but Mays sticks up for her and also Dr. Finn. Obrecht feels it is time they turn this over to the police. Monica says the police have been notified, but Obrecht feels she didn’t tell them about the first two deaths. She threatens to tell the police herself, but Monica tells her not to, and grabs the phone from her. Meanwhile, Carly confronts Finn in the chapel about Obrecht’s accusations and his drug use. Finn assures her that he’s not a drug addict, but his medications are a private matter that he won’t discuss with her. Carly tells him that this all looks very suspicious and she should call the cops on him. He reminds her that he helped save Lucas, but she wishes he could finish the job and wake him up. Finn thinks perhaps he can, and rushes out. Near the nurses’ station, Finn checks Lucas’ charts as Monica and Obrecht continue to argue in the background. When they learn that Finn believes he can wake Lucas up, Dr. Mays reminds them that he’s the doctor and not to interfere with his case. Monica sides with Mays as they can’t have doctors second guessing one another, but Finn has studies on non-Western medicine that can help Lucas. Monica says they can’t give anything that is not approved by the FDA, and Obrecht claims he’s suggesting this treatment in order to finish Lucas off. Back in Lucas’ room, Lucas finally squeezes Brad’s hand, and reacts to his voice. Lucas is able to open his eyes and attempts to say Brad’s name through his breathing tube. Brad calls for the others, and Mays comes in to check on Lucas. Lucas comes to fully, and Mays asks him if he knows what happened. Lucas says he does.

Do you remember? Katherine falls at her engagement party at Wyndemere

At the cabin, Jason suggests to Sam that they should stop focusing on how and what happened at Wyndemere, and concentrate why it happened. As they go over the evidence, Jason rethinks how Nikolas’ body was laying, and realizes Nikolas set them up, is alive, and is playing them all.

Laura spends time with Spencer in the park. Spencer remains stoic and doesn’t believe they will see his father again. Laura tries to convince him not to give up hope. Kevin arrives, as Laura called him to help with Spencer and his detachment from what is going on with his father. After talking to him, Kevin tells Laura that he believes that Spencer is protecting himself from the truth that his father may be dead. He offers to be here for both Spencer and her through this period, and support them in any way he can. Kevin wants to focus on her for a bit, and she talks about her history with Nikolas and his father Stavros, and how she feels it’s her fault if he’s dead because he deserved better than she gave him. She doesn’t think she can help Spencer if she can’t deal with the situation herself. He tells her she will get through this by relying on her friends.

Jordan returns to the PCPD and looks over the report on Nikolas’ bedroom. She asks someone to call the DA’s office and get a warrant for Jason’s arrest.

Nathan tells Maxie the secret he’s been keeping. She’s shocked that he killed someone. We see a flashback of Nathan in rookie blues holding a gun on a woman and a man.

Franco tells Liz that he’s her man if she’s trying to destroy a rival.

Jason suspects Nikolas set up his own murder to escape someone.

Jordan questions Lucas about what happened to him. 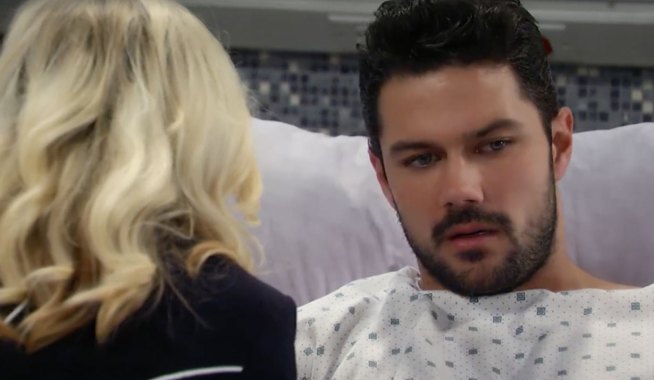 GH Recap: Nathan frets over his secret while Griffin ponders why God put him in Nathan's path 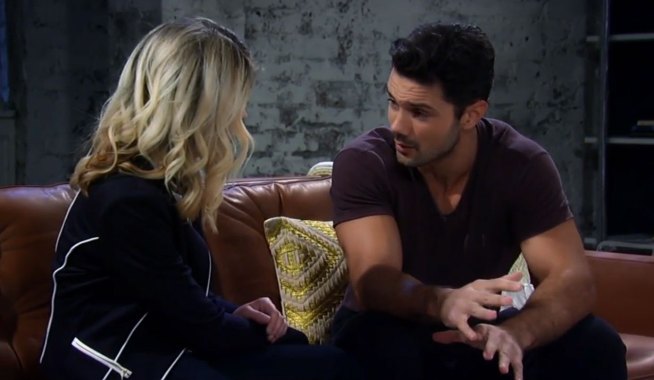