GH Recap: Lucas and Nikolas’ lives are both in danger as the Nurses’ Ball concludes

Summary for May 26, 2016: Morgan spies on a kiss between Dillon and Kiki, Lucas' life is on the line, and the ball continues. 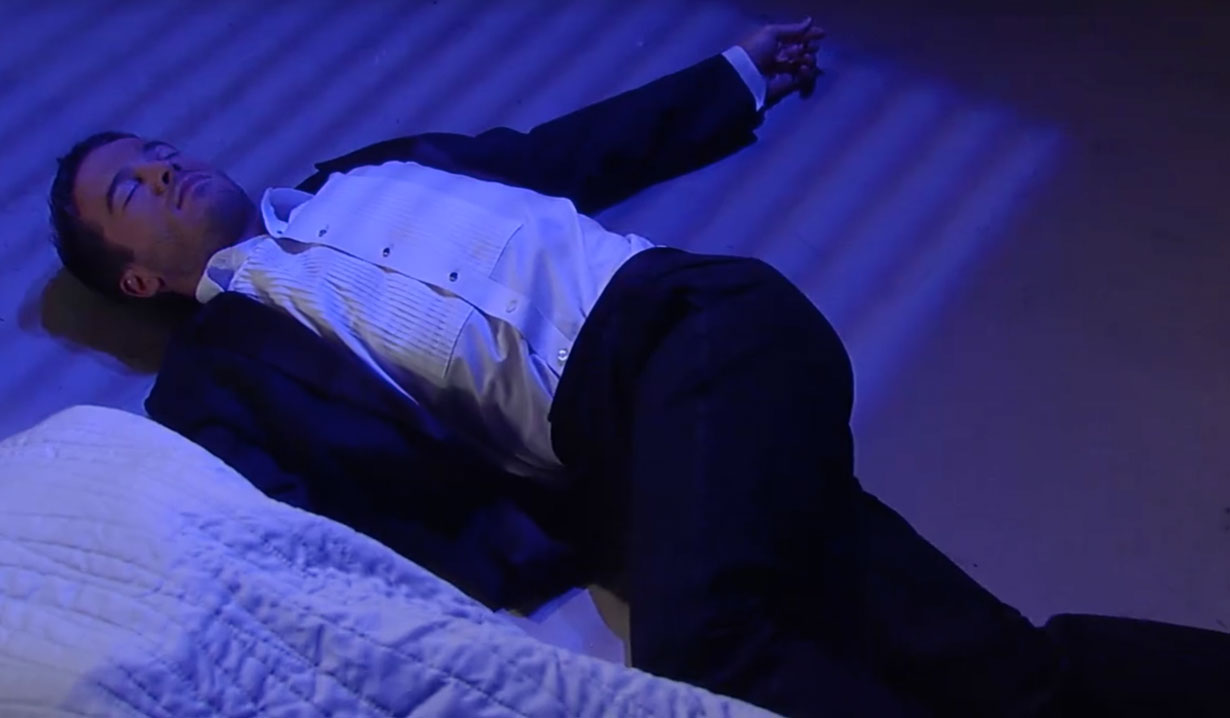 On the red carpet, Curtis stops Nikolas from dragging Rachel off with him. Rachel plans to tell Jordan the truth after Nikolas pawned one of her diamonds, but Nikolas promises to give her them back if she returns home. Curtis warns her that Nikolas is playing her, and she refuses to go with him. Back in the ballroom, everyone waits for Lucas to arrive for his wedding, but he is a no-show. Robin has returned, and Griffin has to leave as he’s paged by the hospital. Jason chats with Carly when Sonny, Michael and Morgan walk in together. Lucy has to kill time since they can’t find Lucas, and Amy finally remembers that Lucas had to leave on an emergency. She passes on the message, which worries Brad. He tries to get in touch with Lucas, but he’s not answering his phone. He worries Lucas is having second thoughts. Lucy decides to put Kiki and Dillon on as she needs an act on now. Dillon and Kiki sing a cover of “Stitches.”

At GH, Bobbie stirs awake and sees Lucas unconscious on the floor. Griffin arrives just as Bobbie begins screaming for help, and he and Finn run to her room. They work to save Lucas, and Bobbie answers his phone when he sees Brad calling. She tells him that he needs to get to the hospital immediately.

Back at the Ball, Brad tells Felix he needs to go and leaves. Meanwhile, Carly is thrilled that Morgan has been released for the night. Morgan leaves his family as he has to try to fix things with Kiki. Backstage, Nina tells Kiki and Dillon they were great on stage, and they gave her hope that she too could fall in love again. Nina walks off in tears. Dillon wonders why everyone thinks they are a couple. Kiki tells Dillon how much fun she had, and it gave her a chance to forget about Morgan. Dillon says he’s a fool for letting her go, and they share a kiss, which Morgan spies on. Andre meanwhile tells Carly that Morgan is making great strides and is almost ready to be released. Lucy makes a speech about the great nurses at GH, and then introduces the next act, Epiphany and the Haunted Starlets who perform “Doctor’s Orders.” After the number Maxie and Lulu catch Kiki and Dillon still kissing, and tell them they are all for this relationship. Meanwhile, Morgan returns to his family and asks his dad to take him back to the clinic as he is feeling a bit stressed and he needs a break. Carly decides to go with them.

Do you remember? Lucy’s first wardrobe malfunction at the Nurses’ Ball

At Wyndemere, Nikolas takes a photo of the diamonds and sends them to Rachel with the message that he’s willing to make a deal with her.

Back at the hospital, Brad arrives as Griffin is desperately trying to save Lucas, who has flat-lined. They get his heartbeat back, and he is put on a respirator. Griffin says he is hanging on and discovers an injection site on his neck. Griffin asks Finn if he injected him with anything. Finn didn’t, but Griffin says he had to ask. Brad wonders if this is related to the unexplained deaths here, and Griffin thinks it is worth investigating.

At the ball, Rachel agrees to meet with Nikolas, but when she tells Curtis, he says she’s being naive and he’s getting tired of saving her from herself. He offers her a room at the Metro Court and convinces her not to go home until she talks to the cops. Back on stage, Robin makes a speech about HIV and AIDS research and how she plans to live to see the day that this disease is finally concurred. Meanwhile, Amy begs Felix and Epiphany to do the song with her, but they refuse as it is Sabrina’s song. Amy storms the stage and decides to do it as a solo and begins singing “You’re Not Alone.” However, she’s upstaged when Sabrina surprises everyone and walks out, and the two do the song as a duet. Epiphany soon joins them on-stage and makes it a trio. The ball officially concludes with Lucy being presented with flowers, and she thinks this is a new beginning as nobody saw her in her underwear. As everyone is making their way out, Jordan stops Michael and Sabrina and places Sabrina under arrest for aiding and abetting Carlos.

Jason shows up at Wyndemere to talk to Nikolas. All the lights are out, and he can’t find anyone. A storm is raging outside. Sam soon arrives and hears a crash. She runs towards the sound and we see Nikolas’ body lying on the rocks outside.

Robin asks her mom if she really tried to kill Carlos.

Sabrina tells Michael she deserves to be arrested.

Ava tells Paul she is taking her daughter home.

Carly tells Sonny she has leverage over Ava now.

Sam finds Jason standing near the window as Nikolas body is on the rocks below. 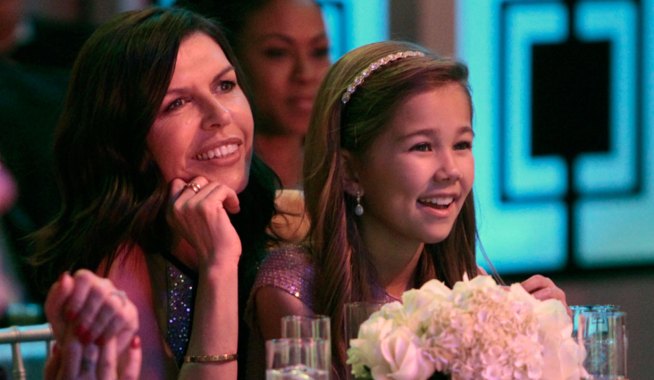 GH Recap: Lucas is attacked as his wedding is set to begin 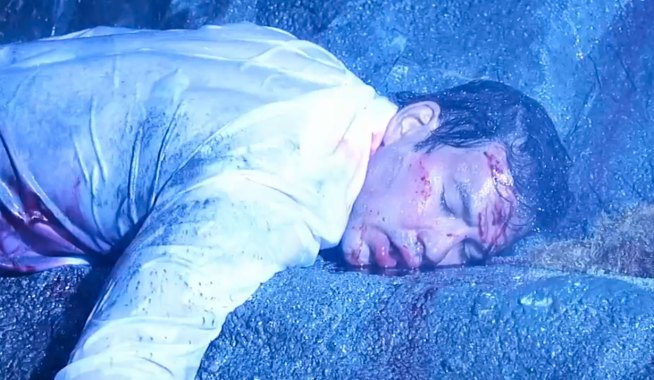