Summary for Tuesday May 10, 2016: Carlos flees, Dante and Nathan are both injured, Sam makes accusations against Julian, and Griffin begins to open up to Anna. 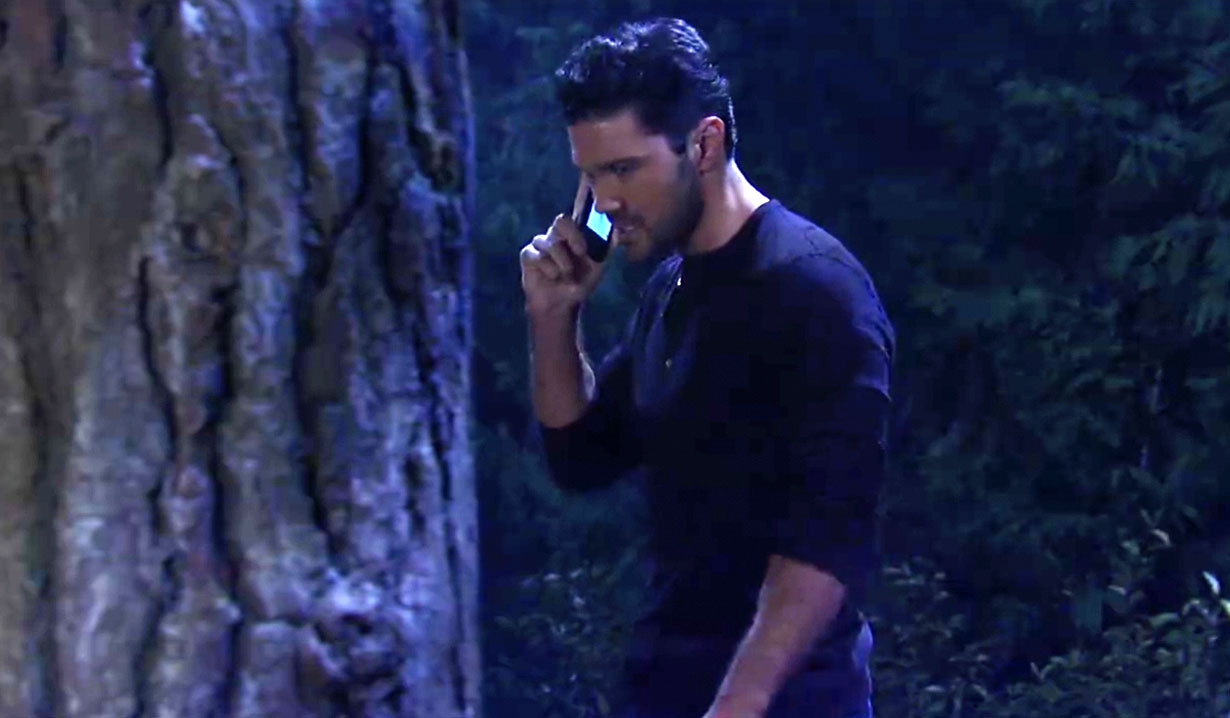 Alexis wakes up in bed with Julian and quickly throws on her robe and rushes downstairs. She makes a call to get the medical examiner’s report on the witness to find out if it was really an accidental overdose. She’s shocked to see Sam sitting in the dark. Sam came to check on her, and to tell her that she needs to stop defending Carlos as this is Julian’s mess to clean up. She tells her mom that Julian hasn’t changed, and she knows deep down that Julian had that witness killed. Julian walks in and hears Sam’s accusations.

In Sonny’s office, Carly and Sonny talk about the case against Carlos and Julian falling apart, as well as Alexis’ need to save Julian.

At the PCPD, Paul tells Jordan that if they don’t get better evidence against Carlos then he’s going to walk. She admits the case is weak, but it’s his job to make a persuasive argument.

In honor of Mother’s Day: Soap Operas’ most surprising births

At Anna’s place, Griffin notices her gun box and he becomes a bit nervous. He admits to Anna that he was once shot, and he was at fault. He explains that he was doing something that he shouldn’t have been, and he will always feel guilty about it. Anna is confused, but they are interrupted by calls. Jordan calls Anna and asks her to come into the station, while Griffin gets a call to come into the ER.

At the loft, Lulu and Maxie look at various bridal gowns on-line and discuss her trip to New York to find out about Claudette. Lulu tells her that Claudette is Nathan’s past and to let it go.

Out on the road, Jason drags Dante away from the accident as the van explodes. Dante comes to and asks about Nathan and Carlos. Jason fills Dante in on what he knows about the crash, and soon the ambulance arrives.

Carlos is on the run in the woods and Nathan is on his trail. He hides and hears Nathan call in the crash and that he needs help to find Carlos. Carlos picks up a rock and follows Nathan.

Back at the PCPD, Jordan fills Anna in on the accident and Carlos escaping. She immediately suspects Paul orchestrated it, which he says he couldn’t possibly have done.

At Alexis’ place, as Julian confronts Sam, Alexis gets a call about Carlos’ transfer and escape. She heads to the station, and Julian asks Sam if she thinks he arranged this as well. She doesn’t know, and tells her father that its clear to her that he hasn’t changed. She also doesn’t feel her mother is acting like herself and that is his fault too.

At Sonny’s office, Sonny gets a call from Max telling him about the escape.

At Lulu’s, Lulu learns about the crash and that Dante may have been hurt.

Alexis arrives at the station as Jordan is on the phone orchestrating roadblocks. As Alexis talks to Paul, Anna takes off. When they realize she is gone, Paul knows she’s gone after Carlos.

Lulu and Maxie arrive at the hospital and ask Griffin about the accident. Griffin says they are on their way, and all he knows is one officer is injured and he doesn’t know who. Sonny and Carly arrive and wait with Maxie and Lulu.

Back at the crash site, as the ambulance crew gets ready to take Dante to the hospital, as the police bring Nathan to the site with a possible skull fracture.

Carlos makes his way to the docks, but is found by Anna. He tells her to go ahead and shoot him again, but she refuses as he’s going to jail for good after this. Carlos falls to the ground as he’s bleeding from a wound to his side. She tries to cuff him, but he attacks her. They fight and her gun goes into the river. Carlos manages to knock Anna out, and he throws her in a freezer in one of the warehouses.

Dante is brought into the hospital with the pen in his shoulder. Lulu runs to his side, but he assures her that he’s fine. Nathan is brought in and rushed to an exam room. Maxie begs Griffin to save him, and he swears he will as he owes him. Later, Jordan arrives and checks on Dante and gives them an update on Nathan being taken to surgery. Sonny suggests if Jordan wants to find Carlos then check with Julian.

Jason arrives at Alexis’ place and Sam asks what happened to him. He tells her that he’s better than he has been in a long time. He has something to tell her and they leave. Julian gets a call from Carlos and asks for his help. Outside, Jason tells Sam that he remembers everything. They kiss.

Someone checks on Anna.

Carlos is still on the run.

Alexis asks Julian why he has a gun.

Kiki tells Nina that Franco is losing his mind.

Franco is in a room somewhere wondering what the hold-up is.

Someone is shown in an orange jumpsuit and chains being walked somewhere.