GH Recap: Franco loses a baby, and Kristina admits part of the truth

Summary for Thursday March 17, 2016: Sonny confronts Kristina over her suspension, Obrecht tests Franco, Jason and Sam grow closer, and Nina gets an idea to save Crimson again. 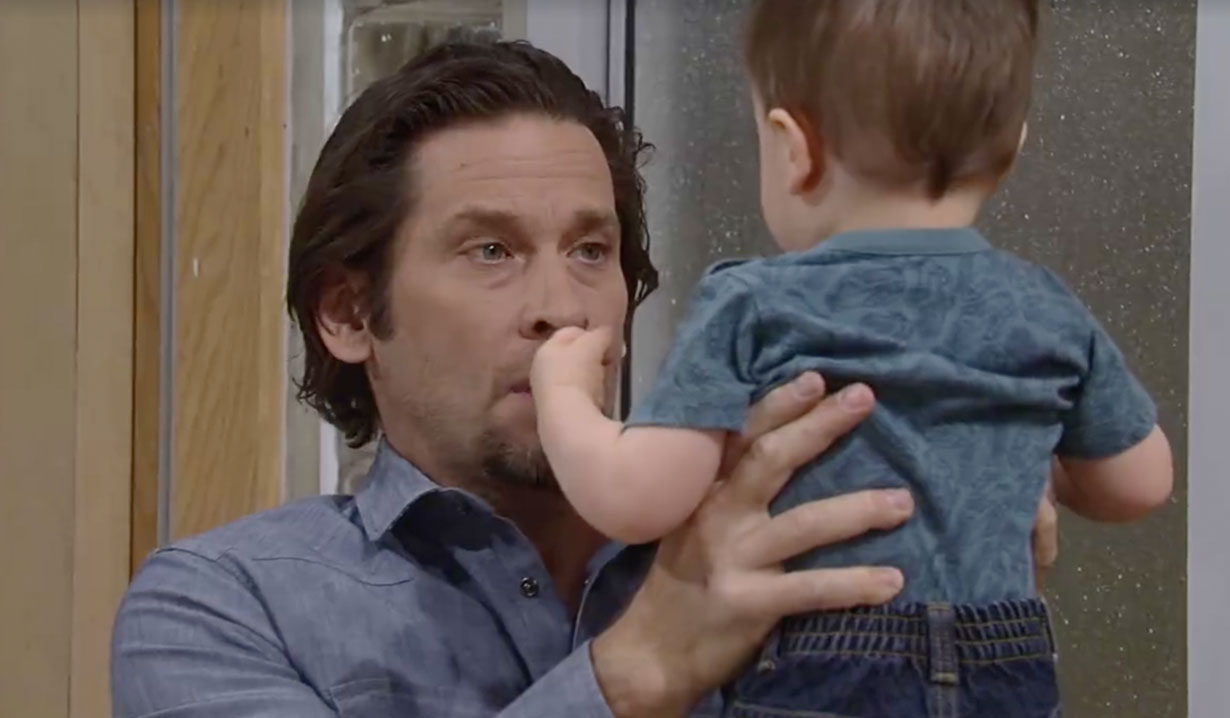 Ava drops by Sonny’s place to pick up Avery in order to take her to see Kiki. Carly says she is sleeping, which she is, so Ava lets her sleep for now. The two bicker about Avery, with Carly arguing she’s better off with her and Sonny. Ava assures Carly she will be back for her baby later and storms out.

At Jason’s new place, Sam tells Jason that the photos he purchased are from his old penthouse, which he lost track of years ago. Jason worries if he couldn’t remember some pictures, how will he ever remember the important things from his life. The two talk and agree they are falling for one another and want to give a relationship a chance. However, Sam asks for a divorce, which confuses Jason. She explains that she doesn’t want to live in the past with him, she wants them to start over. Jason agrees.

At GH, Franco talks with Obrecht about how he never wants to have children. Obrecht tells him that he is great with children, but Franco feels he is not fit to be a father. Later, Olivia shows up with a case of the hives. Obrecht offers to see her and takes Leo from her, saying she’ll put him in the hospital daycare. Obrecht hands Leo over to Franco and asks him to watch the baby for ten minutes, which she feels will be good for him. Franco talks with little Leo and begins to think maybe he could do this father thing. However, he gets distracted by a call from Nina, who lets him know she needs to work late. Franco puts Leo in a laundry basket while he talks to Nina, and afterwards he realizes Leo and the laundry are gone. Franco searches for Leo, who it turns out was placed in daycare by a nurse who found him. He realizes now more than ever if he had a baby with Nina that he’d screw it up.

At the Crimson office, Maxie believes someone is sabotaging the magazine, and she and Nina talk to Julian about this. Julian tells them they are paranoid, and he makes a fake call to the printer to find out what is going on with their issues. Julian says the printer claims it was just a mistake. He tells them there is enough money for one final farewell issue, and that Crimson is done. Julian leaves, but Nina refuses to give up. Maxie jokes, “What are we supposed to do, pay people to put the magazine back together?” Nina thinks it is a great idea, and suggests they make it a contest and offer the first fifteen readers who bring them a fully compiled issue one thousand dollars. Nina plans to have planes drop the pages over areas in select markets for the contest, and Maxie thinks it could actually work.

At Alexis’ place, Sonny reveals to Alexis that Kristina got kicked out of school over some kind of harassment from a professor. Sonny misunderstands the situation and feels a professor harassed Kristina, which forces Kristina to come clean. She explains the whole story, except the fact that the professor she offered sex to was a female. She cries that it was a stupid mistake. Sonny admits he’s disappointed in her, but that they’ll make sure she gets back to school in the fall. Kristina doesn’t want to go back. She tells her parents that she feels lost right now, and she doesn’t know who she is or where she’s going. Alexis tells Sonny to let it go for now, so he leaves. Alexis gives her daughter a hug, but then wonders why Parker came here if there is no independent study. She realizes Kristina isn’t telling her everything. Before Kristina can say anything else, Alexis is phoned by Olivia, who needs her to get to court and help her with the reporters.

Sonny returns home, where Carly tells him that Ava stopped by to try and take Avery. Carly managed to stall for now, but Ava made it clear she’s going to take Avery home.

Back at GH, Julian and Ava run into one another, and he encourages her to be careful with Sonny. She thinks she’s the DA’s star witness and is golden. A nurse told Ava something was waiting at the nurse’s station for Kiki, and Ava is disturbed to find a box with a single black rose in it. The card with the rose has a message clearly for Ava, which warns Kiki about her mother’s poor choice in friends. Julian feels the people she got in bed with aren’t happy about her and Paul.

In court, Alexis argues with the mayor and Diane.

Valerie and Curtis go on another date.

Maxie ponders who would benefit if Crimson got shut down.

Sonny assures Carly that Ava will realize Avery is better off with them.