Summary for Friday March 4, 2016: Sonny agrees to have Morgan committed and Kiki comes out of her coma. 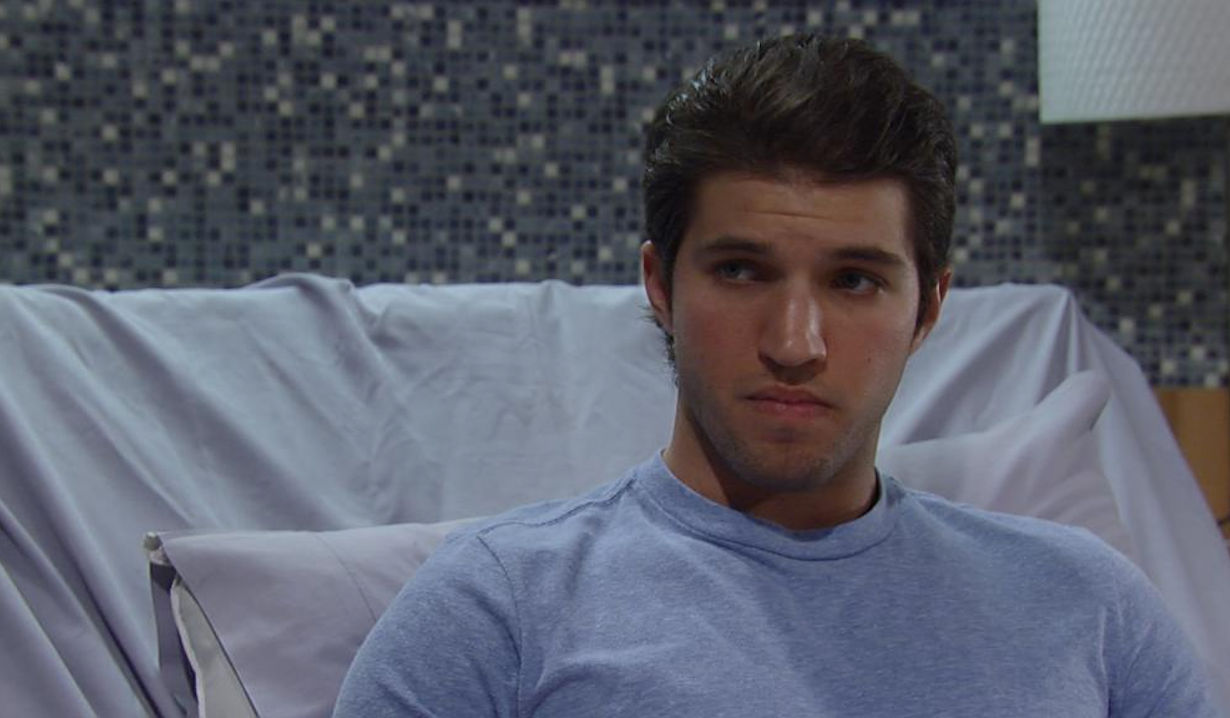 At home, Carly and Sonny discuss having Morgan committed. Sonny adamantly refuses. He wants to take care of Morgan. Carly sympathizes. She knows Sonny’s foster father used to lock him in a closet but committing Morgan to a treatment facility is not the same thing. They’re interrupted by a text from Diane. She wants to meet them at Morgan’s hospital room.

Maxie and Lulu meet at The Floating Rib. Maxie’s been fetching Lulu’s mail and passes it to her. She asks about Dante. Lulu says they still don’t trust each other. Maxie reminds her that she took a leap of faith when she and Dante first got together and maybe she should do so again. As Lulu flips through her mail she finds her finalized divorce decree and begins to cry. She removes her wedding rings. Maxie tells her to tear up the divorce papers and go see Dante. Lulu says that’s easy for Maxie to say because Nathan never lies to her. When Maxie explains that Nathan’s been lying about Claudette, Lulu tells her to take her own advice and take a leap of faith.

Dante and Nathan nosh at Maxie’s apartment. Dante’s also received the divorce papers and wonders why he hasn’t heard from Lulu. Nathan tells him to call her and nudges Dante toward the door. When Dante asks why he’s trying to get rid of him, Nathan admits he’s still lying to Maxie. Dante says if he has to talk to Lulu, then Nathan has to talk to Maxie. Nathan agrees and Dante leaves. When Maxie gets home, Nathan starts to explain but she stops him. She knows they love each other and that’s all that matters.

Outside of Kiki’s hospital room, Julian volunteers to take care of Avery. He’s surprised Ava’s siding with Sonny. He accuses her of using Avery as a bargaining chip with God and asks how she’s connected to the gun ring. Ava explains that she was involved against her will and she has full immunity. Julian’s surprised that she’s been working with the feds this whole time.  He warns that Raj and Dixon are not going to hesitate to come after her if they find out, too.

Restrained in his hospital bed, Morgan tells Andre he’s certain Diane will be able to get the charges dismissed by dinner time, after which he plans to focus all of his energy on Kiki. But first, he’s going to go home tonight and celebrate his freedom. Andre, aware that Morgan is beginning to spiral out of control again, agrees to see if he can arrange for Morgan to see Kiki. As he turns to leave, Sonny, Carly, and Diane arrive. DA Hornsby is refusing to drop the charges. Diane explains their options are either to commit Morgan to a treatment facility or have him plead not guilty and take it to a jury trial. Morgan wants to go to court where he’s sure he’ll win. Diane, in tears, warns he could lose and wind up in prison. Morgan explodes in rage. Sonny, finally realizing the extent of Morgan’s illness, agrees that he should be committed. Morgan goes into a full-blown meltdown, begging Sonny, Carly, Diane and Andre not to do it. He tells them all to go to hell, tells Sonny and Carly he’s no longer their son, and orders them all to leave his room. Andre remains and tries to calm Morgan. Morgan begs him to arrange for him to see Kiki. Andre agrees and escorts Morgan to Kiki’s room. He asks Ava for permission for Morgan to see Kiki. Ava agrees, but only because she knows how much Kiki loves Morgan and she’s hoping that maybe Morgan can reach her. Morgan enters Kiki’s room and kneels at her bedside. He tells her he’s always loved her and always will. He won’t be there when she wakes up, he says, but that’s okay because he’s not the one she needs right now. “Maybe, somewhere down the line when we’re both whole, we can be together again.” Morgan kisses Kiki goodbye and slowly leaves her room. As the door closes behind him, Kiki’s eyes begin to flutter and she calls out, “Morgan.”

Back at home, Carly tries to help Sonny understand they did the right thing. Sonny admits he could see the manic building in Morgan’s eyes and it scared him. Sonny wonders if Morgan will ever forgive them. He wonders if Carly can forgive him for the gun shipment and the lying. He asks, “Are you going to leave me?”

At the loft, Dante opens the divorce papers and removes his wedding ring. He picks up his phone to call Lulu but there’s a knock at the door. It’s Lulu.

Lulu and Dante lay it all out.

Nikolas wonders why Hayden is concerned about Tracy.

Tracy gets the MRI results.