Summary for Thursday March 3, 2016: Nina gets baby news, Elizabeth makes a choice, and Carly wants to have Morgan committed. 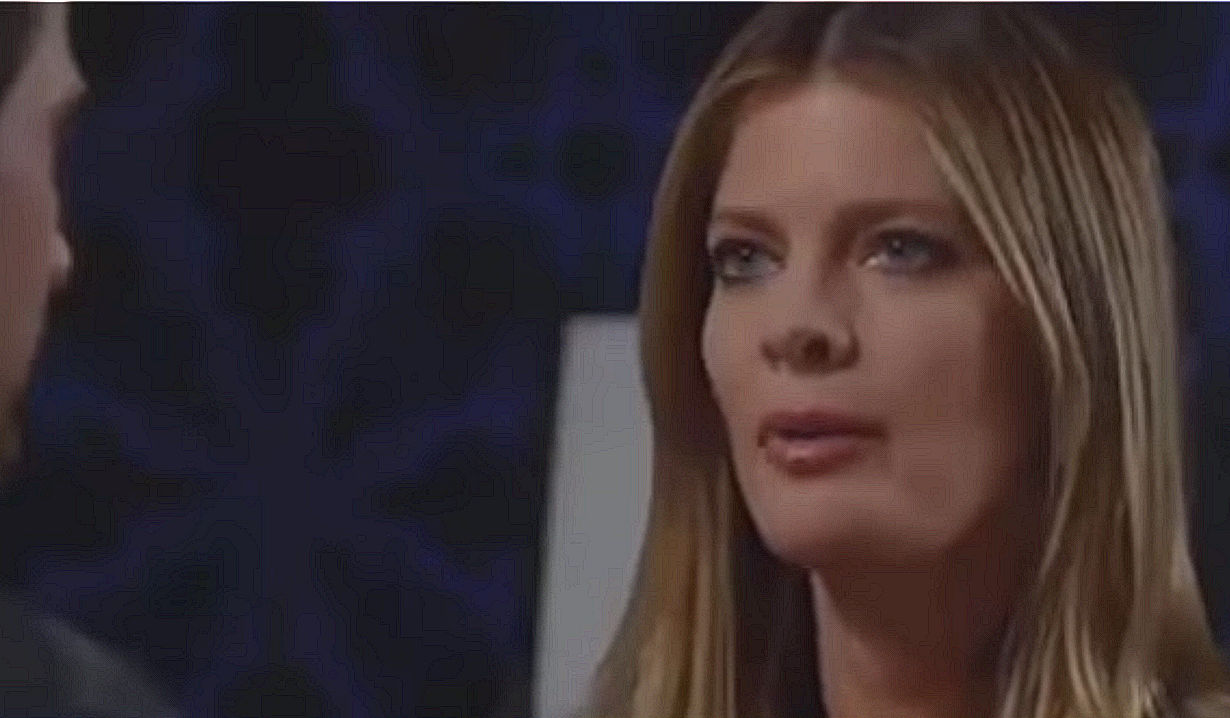 Strapped to his hospital bed, Morgan’s irritable and feels he’s been abandoned by his mom and dad. Michael tells him not to worry, he’s the only thing on Sonny and Carly’s minds right now. They argue about why Morgan was on the roof. Morgan says he wasn’t trying to kill himself, he was up there because he wanted to be alone and get some fresh air. Michael tells Morgan he’s out of control. He reminds Morgan he could be charged with attempted murder. Morgan, completely irrational, believes there’s no way he’ll go to prison because he promises he won’t go off his meds again.

At Sonny’s place, Sonny comes downstairs after tucking Avery in for a nap. Carly’s there, still upset that he lied to her about needing a wheelchair. When Sonny starts talking about building a playroom for Avery, Carly reminds him that Ava still has custody and they have another child they need to be worried about. Diane enters. She says if she can’t work a deal with Paul Hornsby then Morgan will almost certainly go to prison. She explains that Paul needs a scapegoat to blame for Kiki and Nathan getting shot, and that putting a Corinthos in prison would be a feather in Paul’s cap. Diane says they may have a chance if Sonny and Carly would assume legal guardianship and responsibility for Morgan. After Diane leaves, Carly tells Sonny she can’t go along with it. She doesn’t think the plan will take care of Morgan’s health problems and that’s Carly’s main concern. Carly feels she and Sonny have failed, that Morgan is drawn to their life of violence and that they can’t take care of him alone. She wants to have Morgan committed. Sonny explodes.

Nina and Maxie are working at Maxie’s apartment. Franco arrives and says he’s had a phone call from the Gentle Heart Adoption Agency. He’s not happy. He thought they’d decided to put adoption on the back burner. He reminds Nina that no adoption agency will ever give a baby to two partially-rehabilitated mental patients. Franco leaves for work and Nina begins to cry. Maxie tells Nina she doesn’t think Franco really wants to have children. Nina says he’s just afraid he won’t be a good parent. She thinks she can talk him into it but admits it’s a moot point if there’s no adoption agency that would give them a baby. Nina says it’s too bad she can’t have her own child and Maxie asks her how she knows that’s true. Her cousin, Britt Westbourne, did tests after she came out of the coma and told her she couldn’t have children, Nina explains. Maxie thinks Britt was lying and tells Nina about how Britt stole Lulu and Dante’s embryo. Nina has renewed hope. She leaves and Maxie gets a phone call from the printer. He thinks they want everything in the next issue to be green again. After she hangs up she wonders where he ever got that idea.

At Shriner’s Hospital, Liz has some good news and bad news for Jake. The bike shop can’t fix his bicycle but the docs say he’s ready to go home and she’ll get him a brand new bike when they get there. Jake’s glad to be going home but seems hesitant. When Liz tells him there’s going to be a welcome home party he wonders if Sam and Franco will be there. When Liz leaves to find Jason, Jake FaceTimes Franco and asks him if he has to ride a bike again if he doesn’t want to. Franco assures him he doesn’t but tells him he’ll also be missing out.

Liz runs into Jason as he comes out of Sam’s hotel room where they’ve obviously spent the night together. She curtly tells him Jake’s being released today and goes back to the hospital.

Back at Shriner’s Hospital, Jake’s getting ready to leave. As a nurse wheels him to the elevator, Franco shows up, riding a really cool bike down the hallway. Jake is surprised and excited. When Liz catches up to them in the hall, she asks the nurse to take Jake to his room so she can be alone with Franco. Liz pouts and Franco asks her what’s wrong. She says she’s ready to take Jake home but she has to wait for Jason to get there. Franco asks what could possibly be more important than Jake just as Sam and Jason step out of the elevator. Jason tells Franco he should leave but Franco sticks around, annoyingly playing with the bicycle bell. When Jason asks Elizabeth if they should keep the bike she makes it clear that she’s over Jason when she says yes, they should keep it because it’s a gift from Franco.

Lulu’s marriage is over.

Morgan’s going to celebrate his freedom.