GH Recap: Morgan finds himself on the edge of a ledge 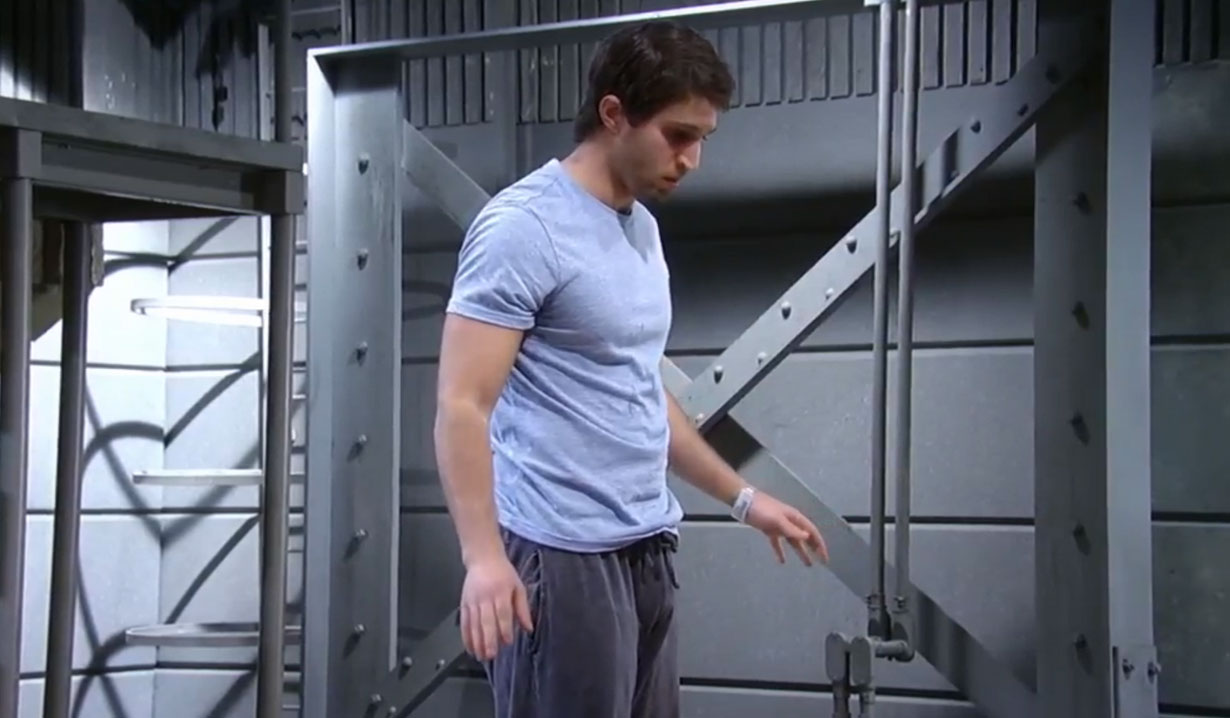 In his office at General Hospital, Andre talks with Sonny and Carly about Morgan’s condition and his treatment options. Andre has to excuse himself to check on another patient, and Carly and Sonny argue about his business and the level of violence involved in it. She still has Kiki’s blood on her hands, and says washing it off won’t solve the real problem. Meanwhile, Morgan stands on the ledge of the roof when Kiki shows up. She is covered in blood and tells him that he did this too her because he’s sick, but she can help him. Kiki says the only way to fix things is for them both to jump and end it all. She takes his hand and stands next to him. Back in the hospital, Griffin informs Ava and Franco that they removed the bullet, but she may face a future of limited mobility. They don’t know the extent of any damage yet. Later, Nina approaches them and gives them both support. Andre ends up hearing Dr. O telling a nurse to account for all the patients as someone was spotted on the roof.

At the PCPD, Paul makes a speech to the media about his undercover sting. After the speech, Anna and Jordan tag team Paul as to why Ava hasn’t been arrested. Jordan has a warrant for her arrest, but Paul tells her not to arrest Ava, and he leaves. Anna and Jordan discuss what Paul has been up to, and that things with his story don’t add up. Jordan at least has enough evidence to arrest Paul for what happened with Carlos. Anna says she can’t, as then she’ll have to arrest her as well. Anna can’t tell her the details, but if she and Paul are arrested then Julian and Carlos will get away with killing Duke. She begs Jordan to give her time, and then she’ll have plenty of people to arrest. Jordan gives her a few weeks, but warns her that she’s pushing the limit of their friendship.

Back at the hospital, Paul arrives to tell Ava how sorry he is about Kiki. Ava blames him and threatens to kill him. He warns her that Jordan is going to arrest her, which prompts Ava to threaten to take Paul down with her if that happens. Carly goes into the bathroom to wash Kiki’s blood off her hands, and she thinks about the events at the pier. Griffin finds her obsessively scrubbing her hands to the point she burns them. He tends to her wounds, and she’s angry that he didn’t tell her about Sonny’s progress. Griffin feels bad about what happened on the pier, and she apologizes if she made him feel he was to blame as he’s not. Griffin gets a page about Kiki being moved to ICU, so he has to go. Back up on the roof, Michael finds Morgan on the ledge, and that he thinks Kiki is with him. Andre arrives and helps to try and talk Morgan down. Morgan explains that he went off the pills because of his sexual dysfunction, but then he went and did stupid things that lead to Kiki being hurt. Andre tries to get Morgan to think about a time when he was happy, and he thinks about Christmas with Avery. Michael, who left briefly, returns with Sonny to help talk Morgan down. When Morgan refuses to get down, Sonny threatens to jump with him, which brings Morgan off the ledge. Morgan goes back into the hospital, hugs his mom, and goes with Andre to get the help he needs. In Nathan’s room, Maxie proposes to Nathan, but he says he can’t marry her. He feels she’s only proposing because he was shot, and he wants her to be ready to marry him for the right reasons. The painkillers start to hit Nathan, and as he drifts off, he tells Maxie that he loves her, but he calls her Claudette. Meanwhile in the waiting area, Griffin returns to let Ava know that Kiki is now in the ICU. Ava warns Paul to fix things, and she heads off to see Kiki. Franco and Nina are outside her room looking in on her. Ava visits with Kiki, lays next to her daughter and sings to her.

Paul returns to the station and gives Jordan an immunity deal for Ava, which makes it impossible for her to be touched.

Maxie shakes Nathan and asks who Claudette is.

Griffin reads an article about Anna.

Anna tells Andre it’s only a matter of time before she goes to prison.

Hayden questions Tracy about her interest in something.

Liz and Jason wait for news about Jake’s surgery.