GH Recap: A proposal and some surprising information

Summary for Monday December 21, 2015: Julian has a question, Carlos has a disguise, and Paul gets an offer. 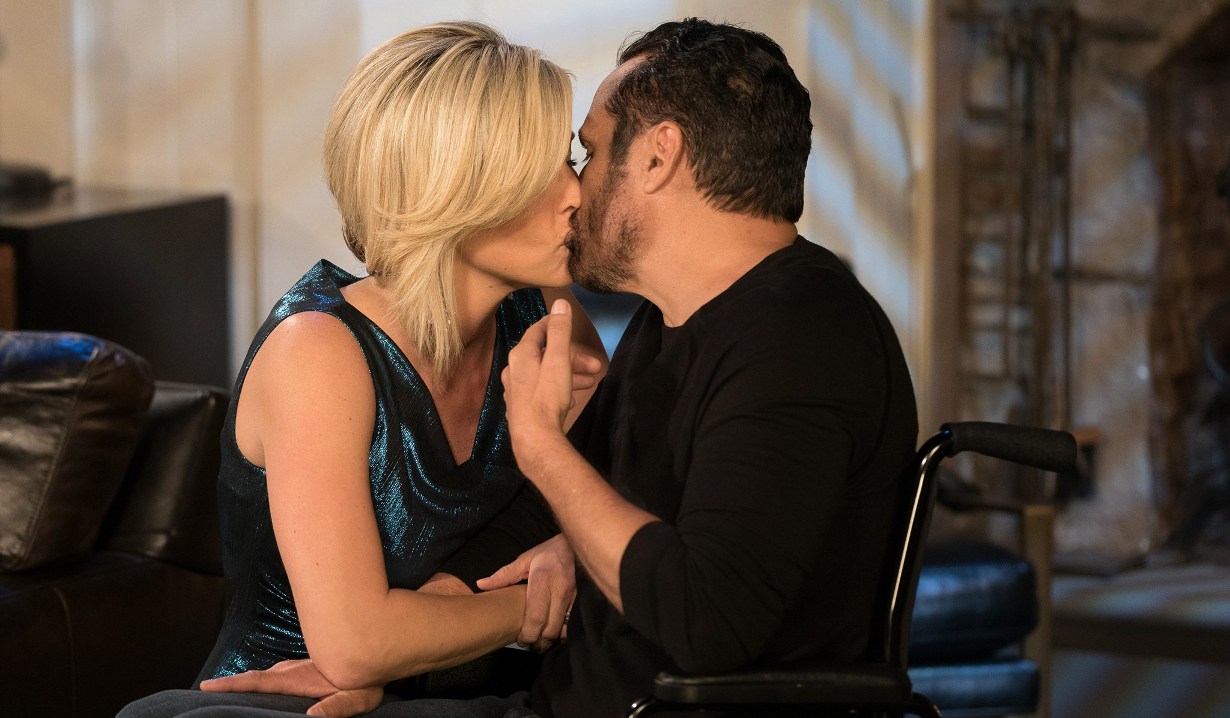 At home, Sonny is on the phone, discussing the arms dealer in town. Carly comes in and reminds him it’s the night of the gala. He claims he has to work. He’s not going to an event with her until he can dance. They kiss.

Sam spots Liz with Jason at the party in the Metro Court. She makes an excuse and heads off. Liz starts apologizing for being there. Franco pops up to say Jason is the one who should be apologizing and escorts her away. Michael and Sabrina arrive. He tells Jason that what Liz did ‘sucks’. Across the room, Obrecht swans in between Liz and Franco. The nurse wants to go home but her boss orders her to stay before getting Franco to escort them both into the ball. Sam stumbles onto the red carpet. Maxie yanks her off since she’s not dressed up. Alexis appears and drags her daughter off as Kristina and Molly pose for photographers. Sam is eager to escape but her parents urge her to stay. Laura pops up before Sam can get away. Laura tries to explain Nikolas’ motives to Sam but Maxie interrupts and McCall wanders over to her sisters. Julian tells them that he wants to make things permanent with their mother. He asks their permission to propose. Molly isn’t forthcoming, but when Alexis returns, she says yes. The sisters leave them alone. He escorts Alexis outside and says that meeting her again reminded him of when they first met and the man he used to be. She’s ‘off the charts sexy’ and he can’t imagine spending his life without her. He wants to make up for the time they lost and drops down on a knee to pop the question. She agrees, but warns that he will never get a home cooked meal he can survive. She thanks him for loving her and they kiss. Back at the Ball, Franco, Dr. O and Liz pose for the cameras. Liz heads to the bar and starts drinking. She spots Laura trying to apologize to Jason and runs over to rail about how Laura was in on the conspiracy. Jason walks away and Laura tries to sober Liz up. Jason runs into Carly and she gives him permission to leave. He grabs a drink and heads out to the balcony. Sam is there. He apologizes for lashing out and he’s grateful that he knows the truth because of her. She explains that she and Patrick ended things. “I loved him, but not the way I love you,” she says. Meanwhile, Nina and Tracy chat about Crimson as Paul corners Ava in a corner to flirt. She asks him to take her to the Gala. He insists that they keep their relationship ‘under the covers’ for now. The Gala starts. As he waits to go on stage, Paul receives an envelope containing panties and a pass key. He heads onto the stage and makes a speech about Toys for Tots. Later, Ava calls him to ask if he received her gift. She prompts him to come up and see her. Across the room, Obrecht sits down with Nina and Franco. She offers to make peace with her niece. A few feet away, Monica corners Michael and asks to see the sonogram. She’s surprised to see the baby is due in a manner of weeks. That looks like news to him. Down the hall, Sabrina and Felix slip away to look after the toys. After Santa arrives with his bag, Felix exits. Santa pulls down his beard. It’s Carlos. He explains that he’s taken a new identity and hands her information on where she can find him. He’s sure she’ll do the right thing. Rivera pulls his beard back on when Michael interrupts. He hands Santa a buck to leave and then tells Sabrina they need to discuss her baby. Upstairs, Paul slips into Ava’s hotel room. She’s waiting for him naked.

Patrick, Robert and Anna burst into Crichton-Clark and demand that Jerry tell them where Robin is. He insists she’s dead and hands them a Polaroid picture of her corpse. They don’t believe it and demand to know where she is. Some of Jerry’s men run in with guns drawn. Once Robert and Anna are disarmed, Jerry announces they can see their daughter and then die. They wrestle for their guns but Jerry wins and leaves with his men. Robert tells Patrick to find Robin while he takes care of Jerry. Patrick makes his way down to a dungeon. When he opens a door, he says “Robin?”

Kristina goes to her father’s place to visit him. They look at old family photos and she takes a picture of them.

Alexis and Julian have reason to celebrate.

Michael confronts Sabrina with questions about the baby.

GH Recap: Someone goes over the edge...