GH Recap: A confession is made in Carlos’ killing and there’s a death in Port Charles 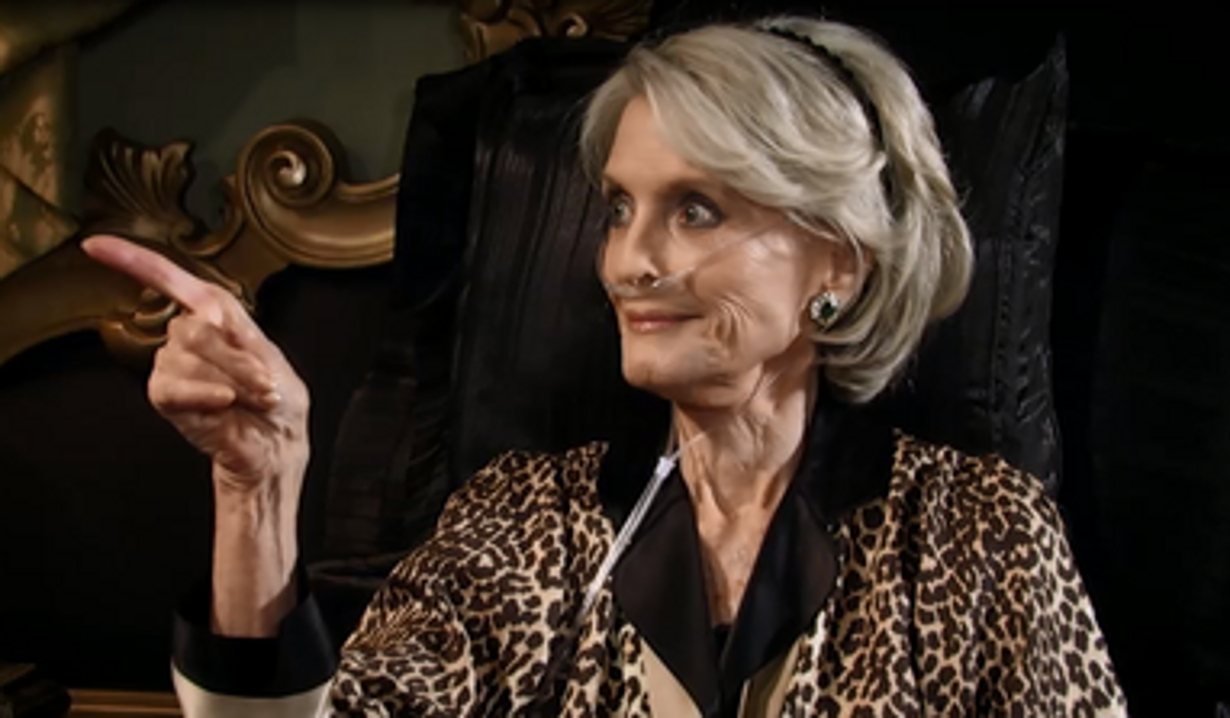 Anna is in Dr. Maddox’s office. She claims that she has nothing to say. He’s sure she’s just refusing to say it. She doesn’t think she’ll get peace and flashes back to shooting Carlos. Devane tells him how deeply she loves Duke. In tears, she details how he collapsed in her arms before he died in the ER. She rails about the blood being on Julian’s hands. She wishes she’d turned Carlos into a witness but… she lost it and made him pay. “I pulled the trigger,” she admits. Although she’s killed before, what she did to Carlos was murder. Maddox offers to keep her confidence and treat her so she can move forward. She’s more concerned about the person holding her secret over her head. Their hour is over so she exits.

Anna heads down to the docks. She thinks she spots Carlos and chases after him. Although she does not find him, she finds locket a with Carlos and Sabrina’s names on it.

As Michael and Sabrina pack, he wonders why she cancelled the sonogram. She claims she’s afraid of investing too much in a baby after losing the last one. He assures her that he will be there for her and the baby whenever they need him. She loves him. “And that’s why I need to tell you…” she starts, but his phone rings. It’s Kiki. She tells him what’s happening with his brother. After he runs out, Felix emerges and tells Sabrina she almost blew it with Michael by telling him the baby could be Carlos’. Santiago is determined to come clean with Corinthos. Later, Carlos shows up. She faints into his arms and he smiles when he notices she’s pregnant.

At the gym, Carly tells Sonny that Morgan is in real trouble and could be having another manic-depressive episode. They argue about who is responsible for letting this happen. Michael shows up to say he thinks he knows where Kiki and his brother are. After he and Carly head off, Epiphany returns and talks to Sonny about how hard it is to see a child in danger. She’s sure Carly is capable enough to deal with this. Sonny blames what is happening to Morgan on himself.

Out at the cabin, Morgan heads into the woods with a shotgun. When a shot rings out, Kiki whimpers. He returns, explaining that he just shot a branch. After yelling at her to stay down, he heads back out again. Before she can call his mom, he pops up again. She makes him put the gun down. He puts his arms around her and starts groping her. Before that can go too far, Carly, Michael and Max burst in. They grab the gun and Morgan rants. He refuses to go to a shrink. Michael and Max drag him out as he yells that he hates Kiki for betraying him.

On Cassadine island, Jason wants Helena explain how he can get his memory back. She had nothing to do with his memory loss. That was just his accident. She’s flattered they think she has that kind of power. Jason demands to know who has been aware of the truth all along. She continues gloating. When Jason asks for the truth again, Helena gasps and loses consciousness. Liz tries reviving her. The doctor comes in and pronounces her dead. She left orders not to be revived. After they all exit the room, Nikolas asks Jason and Sam to leave. Jason demands that Nikolas admit what he knows. The prince tells him to stop whining and wallowing in self-pity so Jason grabs him and throws him onto a table. Nikolas returns to his grandmother’s room to tell her that he admired her as much as he hated her.

Dante and Lulu grapple with the state of their marriage.

Carly helps Kiki out of a jam.

GH Recap: The charges against Kiki...