GH Recap: Jake learns he is Jason on his wedding day

Summary for Friday November 6, 2015: Ava asks a favor of Paul, Anna meets her new doctor, and Liz and Jake's wedding hits a snag. 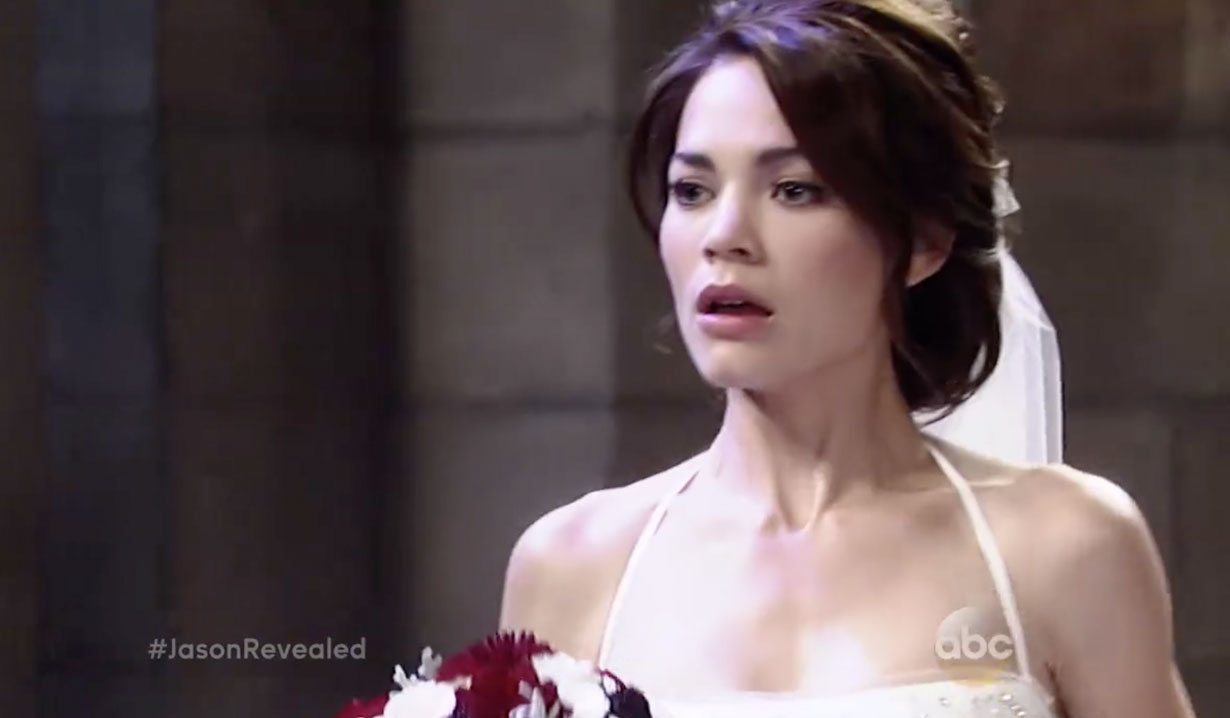 Anna arrives at General Hospital to meet with Kevin, who has decided to refer her to a colleague of his. He introduces her to Andre Maddox, and he explains he feels he can’t be objective with her any longer. Anna begins her session with Andre and brings him up to date with Duke’s death, her sleeplessness, and her visions of Carlos. Andre says seeing the man who killed Duke is indicative of guilt, and he asks why she feels guilty. Anna cries that she blames herself for not being able to save Duke, and that she lost sight of what mattered the most. Andre however believes she is avoiding the truth, which as an agent of the WSB she’s been trained to do skillfully. He won’t give her any more medication until she’s ready to be honest with him. She storms out, and tells Kevin that his friend is way too arrogant to help her. In his room, Sonny and Ric continue to discuss the court hearing. Sonny wonders where Carly is, as she’s not answering her phone. He leaves her a message about the hearing, and asks her to come to court after the wedding. He calls Michael to ask if he’s seen Carly, but he hasn’t. Sonny fills Michael in on the hearing and that both he and Carly need to be there. He also needs a change of clothing for the trial, and apologizes for making Michael leave the wedding.

Ava visits Paul at his office with a painting as a gift, and as a bribe to convince him to help her with her custody case. Paul tells her that he cannot help her, as it may tip people off to their real connection. He however can provide her with the strategy to use in order to beat Sonny. The audience isn’t privy to the plan Paul tells her to use, but Ava believes it may just work. The two then share a passionate kiss, which is witnessed by Anna, who happened to be walking by.

At the church, Patrick runs into Sabrina and sees she is pregnant. He congratulates her, and the two talk about Gabriel. Meanwhile, Hayden talks with Liz in the bridal room. She claims she wants to make a fresh start, and to wish her happiness. Nikolas finds Hayden in with Liz, and he sends her off to get a seat so he can talk with his friend. Liz thanks Nikolas for all he’s done for her. He tells her it’s what she deserves, and they both deserve to be happy. Liz worries that Emily would judge her, but Nikolas thinks she’d want her to be happy and enjoy her life. Back in the church, Hayden runs into Patrick and tells him that her memory seems to be coming back. Sam overhears and asks if that includes who Jake is. Hayden teases, “You never know!”

Out on the road, Jake finds Carly, who calls him Jason. Carly feels terrible that she never realized who he was all these months. Jake tries to calm her down and tells her that he’s not Jason. She shows him the program that Spinelli created, but he thinks it is a glitch, so she tells him about the DNA test. He becomes upset and still refuses to believe he is Jason. Carly points out all the similarities between him and Jason, and how Sam, Liz and even she have felt a connection to him. Jake says if he was Jason then he’d remember, but he doesn’t. She points out how it’s no coincidence that he came from the Cassadine’s lab, and that Helena was using him as a pawn. She tells him he can test his DNA against Danny or Michael or Jake, and they will all say the same thing. Jake begins to accept that it’s possible, but he still doesn’t feel like Jason and he doesn’t know what he is supposed to do. Carly says he needs to call off his wedding as he’s still married to Sam.

Back at the hospital, Michael arrives at Sonny’s room with a suit for his father. However they still can’t find where Carly is, but Sonny is sure she will be in court for him.

Back at the church, everyone begins to wonder where Carly and Jake are. Sam makes some calls while Patrick tries to keep Liz calm. Sabrina explains that Sonny’s custody hearing has been moved up, so Carly may be there with Michael. Liz begins to feel that something is wrong. Sam gets a text from Jake, and informs Liz that Jake’s on his way and will explain when he gets here. Liz explains to everyone waiting that there is a slight delay just as Jake walks in with Carly.

Anna warns Paul that if he goes near Emma then he will die.

Ava and Sonny arrive in court for the custody hearing.

Jake reveals that he knows who he is. 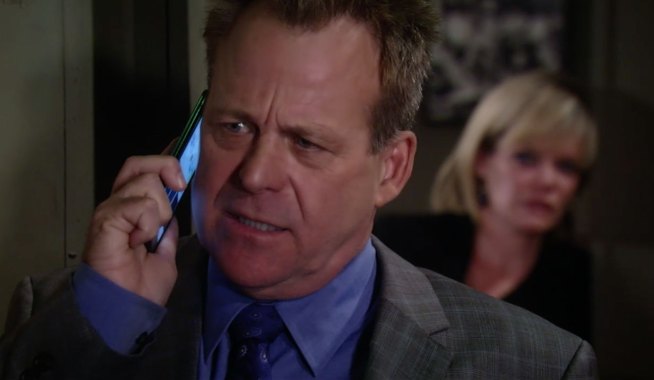 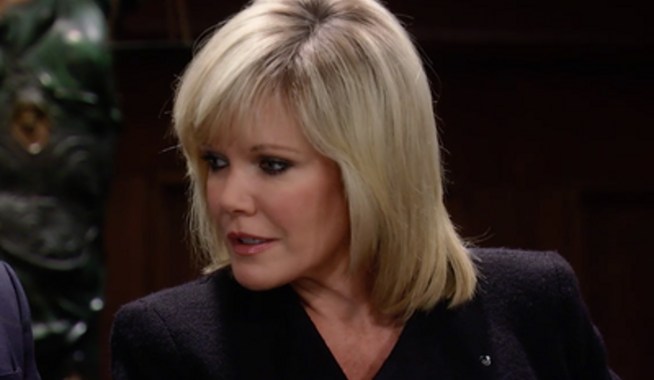