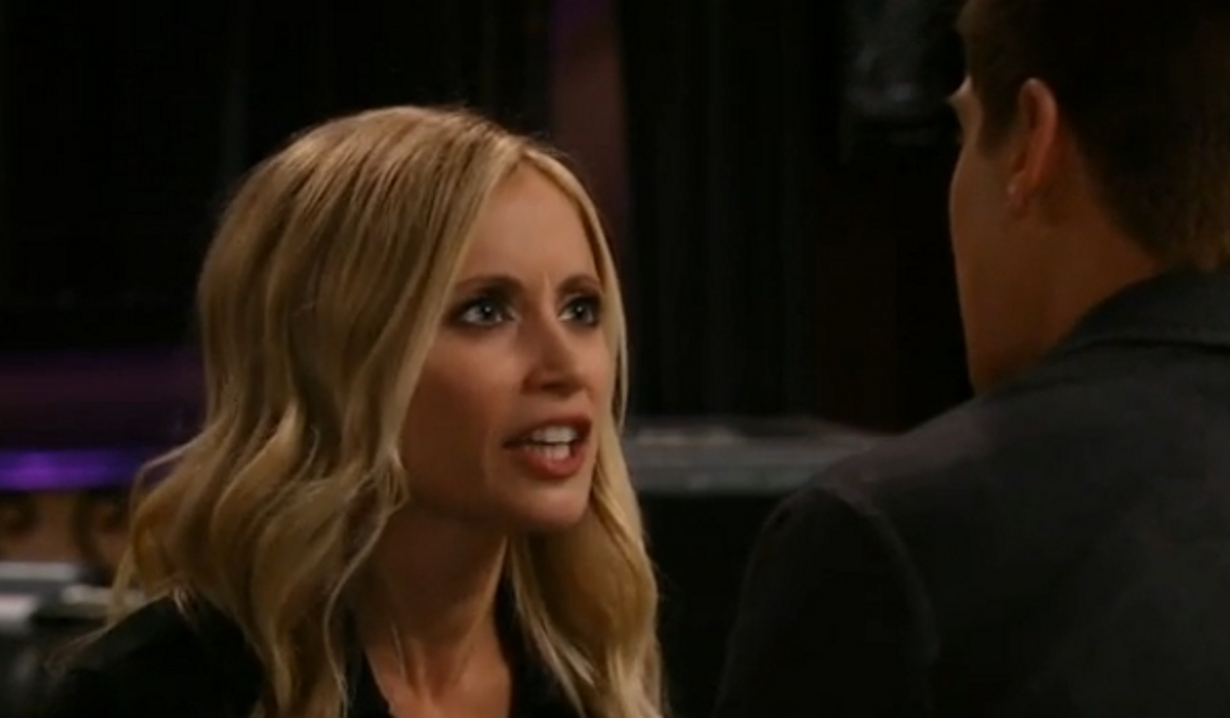 Nina and Franco unpack their stuff at Silas’ old place. Nina babbles about her decorating plans. That rubs Kiki the wrong way. Franco tries to stop their arguing. Kiki says that she is moving out in the morning and storms off. Nina wonders if he will always take Kiki’s side. He points out that Kiki has been under a lot of stress and asks her to hold off on the re-decorating. The topic turns to sex. Her experience is limited and his is not. She worries that she might not be very good. Silas in the only man she’s ever been with. None of that matters to Franco. They make out and she asks him to the bedroom.

Ava approaches Morgan at the Floating Rib. They argue about Avery. She says he needs to find a way to forgive her if he loves his sister. The blond reminds him that they used to have something real. He’s realized the only thing that was real was how stupid he was. Ava wants Avery to know her siblings. He agrees to see his sister. She asks him for help with Kiki since she is refusing to see Avery. Ava asks him to try to get through to her. Kiki walks in on them arguing. She lashes out at them and then starts doing shots. Ava yells at her to get a hold of herself. Her daughter chucks a drink in her face and rails at her. Morgan sends the mother away. When the bartender refuses to serve Kiki, she starts smashing bottles. The bartender calls the cops and they come in to arrest her. Morgan takes Kiki’s phone and calls Franco.

Jordan finds Valerie moping at the PCPD. Val explains that Dante thought she was pregnant. The commissioner corners the cop and lectures him for not keeping it in his pants. He’s apologized. She’s not convinced that they can handle what happened between them. Val interrupts to insist that she and Dante are done.

At the Haunted Star, Lulu pushes Dillon away when he kisses her. She reminds him that she loves her son and husband. He bellows that he’s trying to protect her from what Dante did with Valerie. She refuses to listen. He apologizes and she exits. Later, Valerie arrives to moan about her lousy day. She wants a drink. He reminds her that she’s pregnant. She’s not. They wonder why they waste their time pining for people they can never have.

Sam and Jake are stuck on the turret at Wyndemere while Hayden and Nikolas make out in the office. She stops him. “I’m starting to remember something,” Hayden says. She flashes back to him threatening to bury her alive. When she mentions it, the prince says they used to have a lot of fights and then make-up sex. They go back to making out. Meanwhile, Sam and Jake look for a way down. When she tries to climb over the ledge, the wall crumbles and Jake has to hold her back. They climb around the corner as Hayden and the prince come out to check on the noise. A gargoyle fell. After they go off to investigate, Jake and Sam climb back over and into the office. She’s sprained her ankle. After letting her rest it, they head off. Downstairs, Nikolas wants to get back to making out but Hayden pushes him away, claiming she’s not ready to go to the next level. She’s still feeling too lost. As she heads up to bed alone, she smiles to herself.

Dante returns home. Lulu is already there. She tells him about Dillon kissing her and swears that she doesn’t look at him as any more than a friend. Lulu mentions that the Quartermaine said something about him and Valerie then goes on about nearly losing him over something ‘trivial’ like his kiss with her cousin. He insists that she has nothing to apologize for. She says he’s the best thing that’s ever happened to her. Dante promises not to let anything come between them. They crawl into bed.

Michael and Morgan defend themselves to Sonny.

Sabrina reveals a secret to Felix. 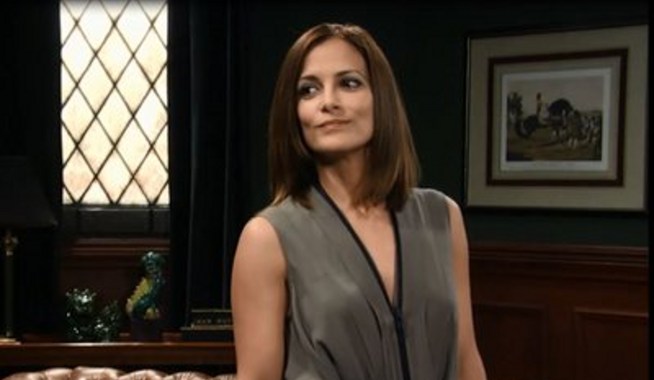 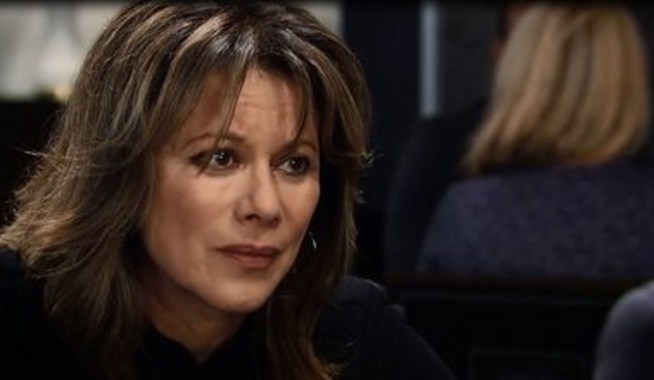