Summary for Tuesday September 1, 2015: Michael and Morgan talk about his actions, Nathan reveals he set Madeline up, and Kiki lashes out at Ava. 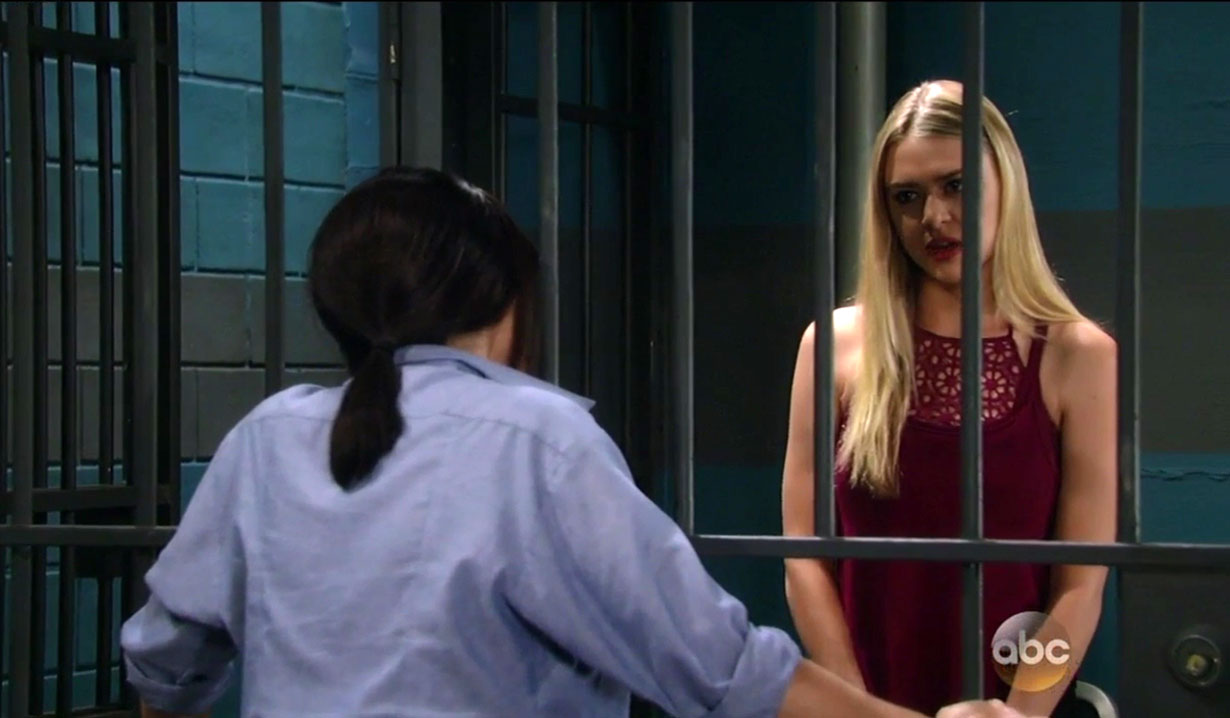 Sonny returns home and informs Carly that Ric is fine and it was Madeline who killed Silas. Carly is shocked, and the two switch the subject to Morgan. Carly lets him know that she’s brought Michael into what they suspect. He asks if Michael has said anything about coming to their wedding, but he hasn’t. Carly believes Michael will come around. She decides to go back to her place as to stay here would be bad luck.

Michael finds Morgan drinking too much at the Metro Court and asks him what happened. Morgan explains everything about Kiki and Denise. He begins to think their parents are right and he is bi-polar. They discuss the disease, and Michael suggests if he has it then it would be good to know so he can get treatment. Morgan doesn’t know if he can face their parents tomorrow, and he asks Michael to be there for them. Michael isn’t planning to be at the wedding, but Morgan says the family isn’t right without him. Michael remains uncertain, but promises to always be there for Morgan.

At Julian’s penthouse, Julian is talking to himself and saying he’s sorry for disappointing Ava. Alexis walks in and wonders why he’s feeling sorry. Julian tells her that he has to tell Ava that she couldn’t represent her. Alexis lets Julian know Silas’ killer has been caught and it was Madeline. She tells him that she will have Nina released in the morning, and then she has to leave town. She explains that Kristina has been having a hard time after her latest boyfriend broke up with her. Julian realizes this is their last night together for a while, so the two make love. Later, Alexis offers to call Diane for him to represent Ava. He thanks her.

Kiki visits Ava in jail, which thrills Ava as she’s had a bad day. Kiki says she has too, and reveals to her mom that she knows she’s been sleeping with Morgan. Ava tries to deny it, but then swears she tried to stop it when she learned Morgan and Kiki were dating. She says the connection she has with Morgan was too strong to resist. Kiki reads that as she felt more for Morgan than her own daughter. Kiki tells her mother that she never wants to see her again, and she hopes she goes to prison for life. Kiki revels in saying that Avery will be spared ever having to know Ava, as nobody will tell her about her mom. Franco and Nina chitchat from their separate cells, and he tells her that it turns out Madeline killed Silas. He explains what his father told him, that Madeline was hiding at the apartment and saw them both arrive. Nina can’t believe her mother would let her take the fall for this, and that no punishment can bring back Silas or all she has lost. Franco tells her to forget about Madeline as they are going to be released in the morning. Up in the station, Maxie rushes in to tell Nathan the good news about her movie role, but finds Nathan somber after having to arrest Madeline. Madeline is brought into the station in cuffs, but still proclaims she is innocent. Maxie lays into Madeline for telling her that she wasn’t good enough for Nathan, but Nathan is too good for her. Madeline warns her to watch it or she’ll end up just like Silas. Nathan tells Madeline not to threaten Maxie as he’s the one who set her up, and to never forget it. He has Madeline taken away. Back down in the holding area, Madeline is brought in and comes face to face with Nina. Madeline tells Nina that Ric is framing her and is after her money. Nina knows her mother killed Silas and she was after her money as well. She tells her to go to hell, and while she’s rotting in jail to think about how much her only child hates her. Madeline is taken away, and Franco urges her to think about their future and not the past. They blow one another kisses. Back up in the station, Maxie tells Nathan how sorry she ifsfor him, and that she’s here for him. He asks her what she was exited to tell him, and she shares her movie news with him.

Spencer prepares for the first day of school.

TJ tells Molly he fears he ruined everything.

Michael confides in Sabrina he may change his mind for Morgan.

A drunk Morgan lashes out at Sonny.