Summary for Monday August 31, 2015: Silas’ killer is arrested, Kiki throws Morgan out, and Maxie scores a role in Dillon’s movie. 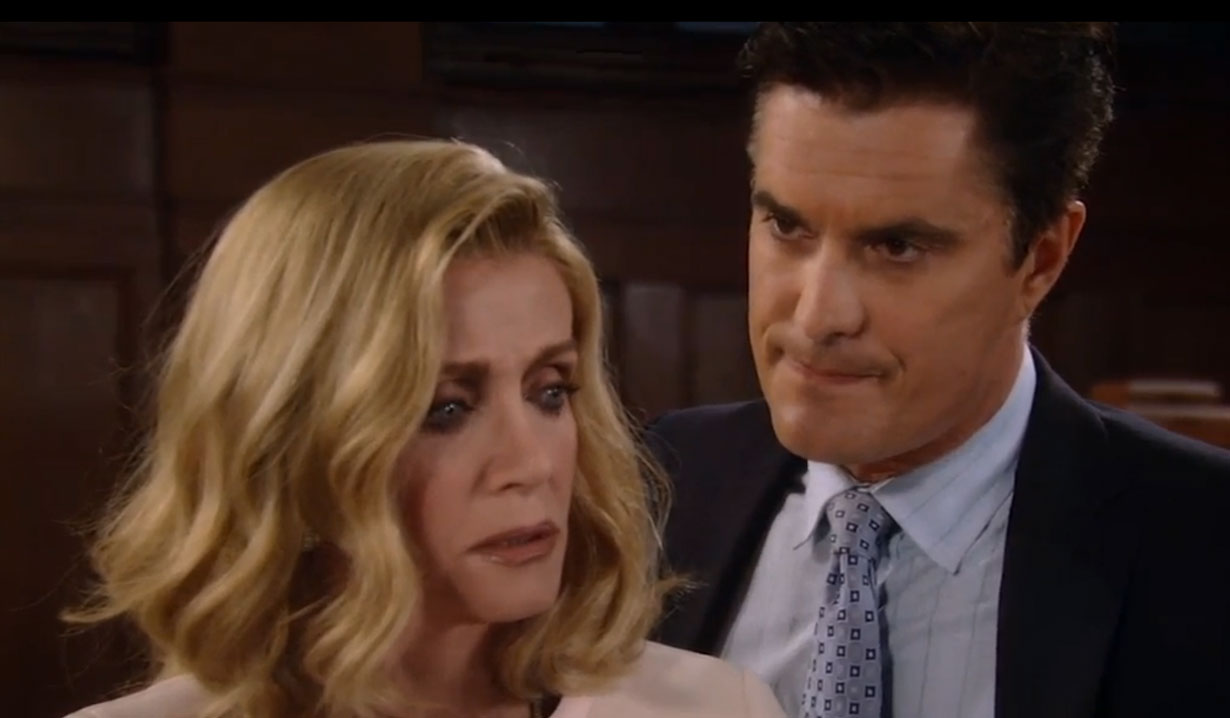 On The Haunted Star, Lulu suggests to Maxie that if she’s so into this movie that she should star in it. Maxie auditions for the main female role, and as she reads the script, Lulu appears touched by the words. Dillon tells Maxie that she did a perfect job, and the role is hers if she wants it. Maxie promises she will give it her all, so Dillon tells her they start after Labor Day. Lulu feels all of them working together will be a lot of fun.

At Sonny’s place, Carly and Sonny continue to discuss Morgan’s situation. TJ shows up and interrupts them to tell Sonny about Ric’s arrest. Sonny decides to go see Jordan, as this must be a mistake. Carly however thinks Ric could have done it, so get rid of him and hire Diane back. Sonny won’t do that until he finds out the truth.

Kiki returns home to Silas’ place, only to have Morgan arrive. He notices she is acting strangely, which she says is because this is the first time back at her dad’s place since he died. He suggests they leave, but she refuses as she has good memories here. Kiki confronts Morgan about his lies and sleeping with Denise/Ava. Morgan denies it, but eventually admits to what he did. He claims he was confused as he thought Denise was Ava, which she was, and that she lied to him too. Morgan begs her for another chance, but she tells him to leave as she never wants to see him again. Morgan says he loves her, and then walks out.

At the PCPD, Jordan asks Nathan and Dante to walk her through how they figured out who killed Silas. Nathan reveals that when he saw Silas’ signature on the document of Nina’s, he knew what it meant. They flashback to questioning Ric, who claimed the page that Silas signed was not in the original document he prepared. Dante and Nathan convinced him to play ball with them nail Madeline as the killer. Nathan and Dante explain to Jordan how they figured it all out through the visitor’s log in Silas’ building, and that Silas’ signature on the recent document also matched a prescription form that Madeline forged years earlier to drug Nina and put her in the coma. Later, Sonny arrives to find out what is going on with his brother, and Jordan explains he’s helping them expose the real killer.

In court, Madeline and Rick discuss the fact that Madeline went to see Silas the night of his murder. Madeline remembers going to see Silas to have him sign papers pertaining to Nina’s finances, and in flashbacks Silas remembers that he signed this same document over a year ago. Madeline said there was a legal issue with the old one and they need this updated version. Silas realized she was scheming with Ric, but she claimed that Nina was sick and they needed her money to pay for her long-term help. She explained about Nina’s hallucinations about babies because she kidnapped Avery again. Silas revealed that he was the one who took Avery. Madeline confronted Silas over the kidnapping, and Silas revealed he was going to turn himself in for all he’d done and come clean with Nina. He also told Madeline he would sign the paper over his dead body. Madeline grabbed a butcher knife and stabbed Silas. In the present, Madeline continues to deny murdering Silas to Ric, but he doesn’t believe her. Ric warns her that CSI is going to go through everything, so he can only help her if she’s honest. Madeline finally admits to killing him. She says she hid when Nina and Franco arrived, and she waited for them to leave to slip out. He tells her that her plan was brilliant, and reveals he’s wearing a wire. As she attacks him, Nathan and Dante burst in to arrest Madeline.

Morgan tells Michael that he and Kiki are over.

Kiki confronts her mother in jail.

Alexis asks Julian why he was apologizing to his sister.

Franco tells Nina that the cops have a confession, but not from him.

Maxie confronts Madeline for murdering a man for money.

Sonny tells Carly that she is the perfect wife for him. 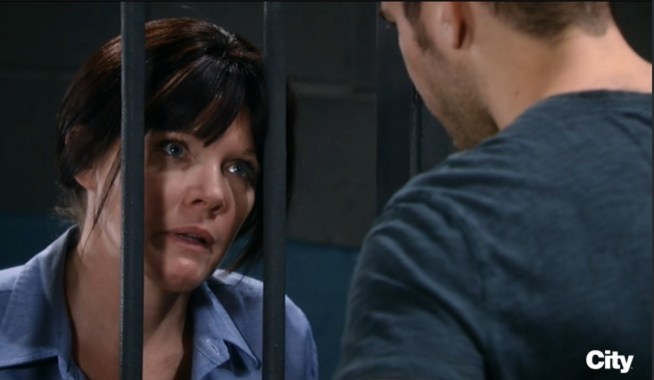 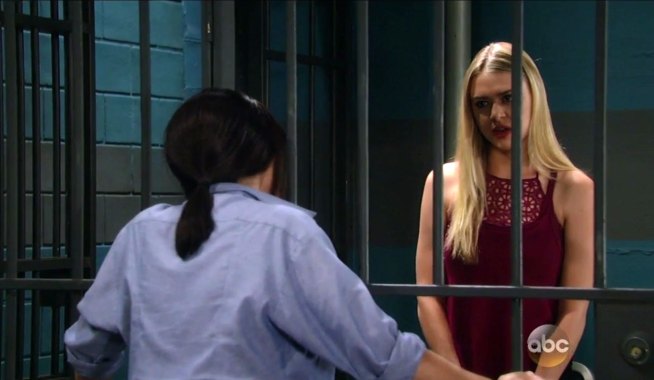