Are you intrigued by Franco's exhibit at the MOCA?

Elaborate on your thoughts regarding Franco's return with Soaps.com below. 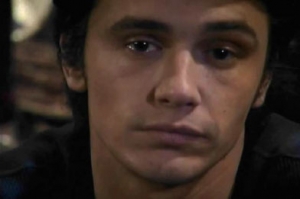 James Franco’s (Franco) on location scenes will be shot on the Pacific Design Plaza next to the MOCA Pacific Design Center in Los Angeles and will begin airing on July 22. As part of the actor’s own exhibit, Soap at MOCA, the taping will be observed by a live audience.

In a statement from ABC, it seems Franco, the character, will have an exhibition at the MOCA Pacific Design Center which will include full-scale models of the locations where he encountered Jason (Steve Burton). Franco will try to lure Jason and other Port Charles denizens to his exhibit where he “will turn both Jason Morgan’s life and his own death into art, a performance to end all performances.”

In regards to James Franco’s, the actor, personal exhibit, the actor himself stated, “Soap at MOCA is an attempt to both blur and define the lines between different disciplines, between life and art, between art and popular culture, and between representations of the self as both performative character and as non-performative self.”

MOCA director Jeffrey Deitch, who will also appear on GH, commented, “James Franco’s collaboration with MOCA through Soap at MOCA: James Franco on General Hospital allows mass entertainment to be viewed through an art world filter. Franco’s artwork examines performance: it looks at the multiple levels of identity that are wound into performance; the legitimacy of some performance over others; the contextualization of performance; and how this changes perception and even the nature of performance. Soap at MOCA: James Franco on General Hospital involves multiple levels of documentation and presentation.”

According to TV Guide, Franco’s return to General Hospital will be a major event that will take several cast members on location to the L.A. Museum of Contemporary Art (MOCA).

The museum will serve as the space for Franco’s grand opening of his art exhibit entitled: Francophrenia: Dissolving the Boundary Between Illusion and Reality. The real purpose of his exhibit is of course to get at Jason (Steve Burton), but in typical fashion, Stone Cold doesn’t have a reaction to it, which sets Franco off.

Other characters besides Jason will be lured from Port Charles to L.A. by Franco such as Dante (Dominic Zamprogna) and Lulu (Julie Marie Berman). Fans can also expect Brenda’s (Vanessa Marcil) return to play a part as she also has a connection to the mad artist.

Franco’s portrayer, James Franco, is currently shooting a video documentary about his experience on the ABC soap that will be available at the MOCA later this summer.

The show is looking for fans to be a part of the shoot at the museum. For more details go to GH Allows Fans on Location Shoot. 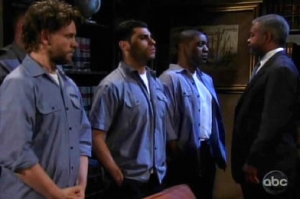 General Hospital Saturday Teaser Poll: An Arrest is Made 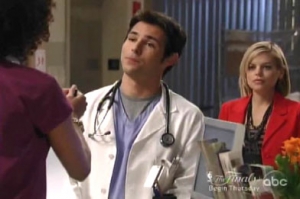