Are you looking forward to the 37th Daytime Emmy Awards?customer surveys

Soaps.com congratulates all the nominees! Find out who was nominated in the acting categories at General Hospital Daytime Emmy Actor Nominations, as well as which other shows received nods at 37th Annual Daytime Emmy Nominations Announced.

In a statement regarding GH’s 18 Daytime Emmy nominations, Executive Producer Jill Farren Phelps said, “Needless to say, we’re all very thrilled about our nominations. It’s gratifying to be nominated and especially so this year when so many of our brilliant behind the scenes people were recognized by their peers. It was a great day for General Hospital.”

Mark Teschner was nominated for Outstanding Achievement For A Casting Director.

Thomas Markle and Vincent Steib were nominated for Outstanding Achievement In Lighting Direction.

The Daytime Emmys will air on CBS on June 27. 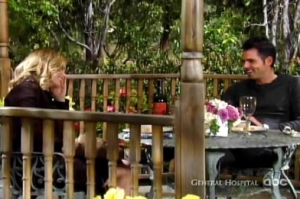