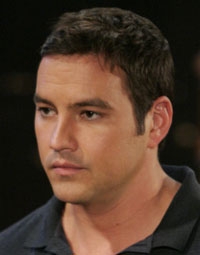 “Shouting Secrets,” a film starring “General Hospital’s” Tyler Christopher (Port Charles’ Nikolas Cassadine) was released on Friday September 5. A DVD of the film can be purchased through the official website. You can also rent or purchase the digital version through Amazon, iTunes and most other VOD services.

According to Tyler’s most recent tweet, he plays, “a half-breed Indian who when his mother falls ill is forced to look at his failure to breach the confines of reservation life.”

Chaske Spencer (“New Moon” & “Eclipse”) will play his brother, a successful writer in L.A., who returns to his Native American upbringing after ten years away.

"Shouting Secrets" will shoot in Arizona, but will not interfere with Tyler continuing his role of Nikolas on GH, as the show is working with his film schedule. Did you know Tyler will be attending the 2010 General Hospital Fan Club Weekend?