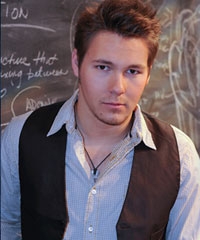 News just came down that Scott Clifton has been let go from his role as Schuyler Joplin on One Life to Live. Of course everyone is now all abuzz with thoughts of him returning to GH as Dillon Quartermaine, who he played from 2003 – 2007.

Addressing that issue on Twitter, Scott stated, “So, a lot of questions about returning to GH as “Dillon”. I honestly think that’s up to them, but I’d be open to it. They’re like family.”

He may be willing to reprise his role, but what do you think?

Do you want Scott back as Dillon?opinion

Elaborate on your thoughts regarding Dillon returning with Soaps.com below, and for more on Clifton's ousting read OLTL's Scott Clifton Let Go, Austin Williams Off Contract.