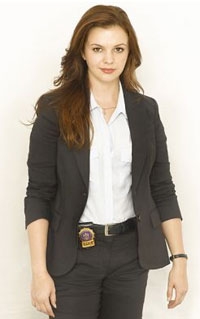 Per The Hollywood Reporter, Amber Tamblyn (ex-Emily, GH) is taking another shot at Primetime as she has just landed a lead in the pilot “Quinn-tuplets.”

Also starring Kenneth Mitchell (“Jericho”), Sam Witwer (“Smallville”), Juliette Goglia (“Joan of Arcadia”) and David Giuntoli (“Privileged”), the possible CBS drama is based on an Israeli series and centers around the personal and professional lives of an adult set of quintuplets with the last name Quinn.

Tamblyn was most recently seen on the short-lived 2009 TV series, “The Unusuals” and will soon be seen in the movie Main Street, also starring Colin Firth and Orland Bloom.

Are you interested in Amber’s upcoming projects? Tell Soaps.com below.