Revisit what Rick told us back in 2006 in Soaps.com Exclusive Rick Springfield Interview! 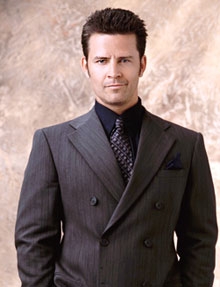 Get out your calendars and save the dates for where and when you can see your favorite GH stars!

The actress who played Franco’s art dealer, Gillian, will appear in the season finale of the USA show “White Collar” on March 9 as agent Diana Lancing, and then become a full time cast member during season two.

Former Nikolas on “The Vampire Diaries”

Stephen Martines (ex-Nikolas) will appear on the CW’s “The Vampire Diaries” as the recurring vampire Frederick.

Ted King (ex-Alcazar) will appear on “CSI: Miami” on February 8. The episode centers around a murder on a space shuttle and will air on CBS at 10:00 PM EST.

Hughes (Anna) will play the mother of a woman whose body is found drained of blood on the February 3 episode of “CSI: NY” on CBS. Find out what other soap actor will appear in this episode in The Young and the Restless News Room.

According to IMDB, former GH villain, Manny Ruiz, will reprise his role as the “Nip/Tuck” villain, Escobar Gallardo on February 2, 2010 in the episode titled “Virginia Hayes.” 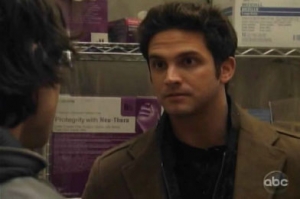