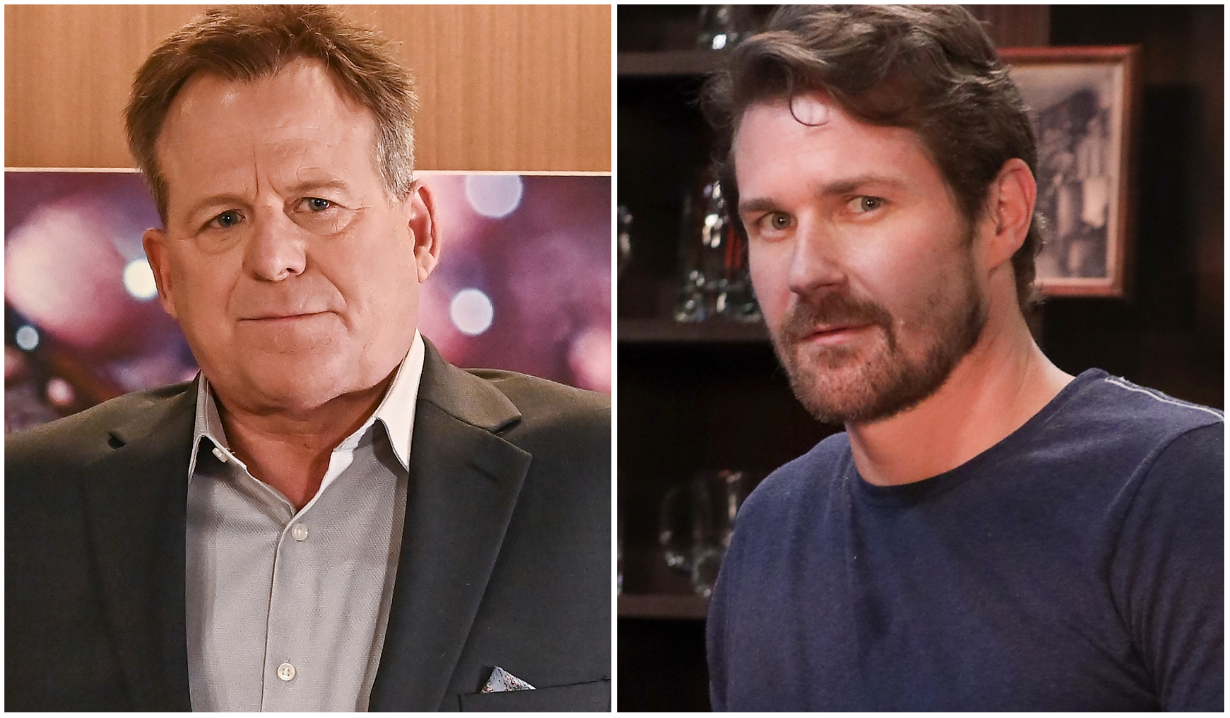 “I’ve wanted to do this for a long time,” Britt’s suitor said before slugging the legal eagle.

It was the sucker punch heard ’round the world — or at least ’round Port Charles. But why on earth did General Hospital have Cody slug Scotty upon being introduced by Liesl?

Over the years, the rascally attorney has certainly amassed a large number of enemies. This, however, seemed different than mere loathing. As Cindy pointed out in Soaps.com’s General Hospital message boards, “It seemed very personal.” 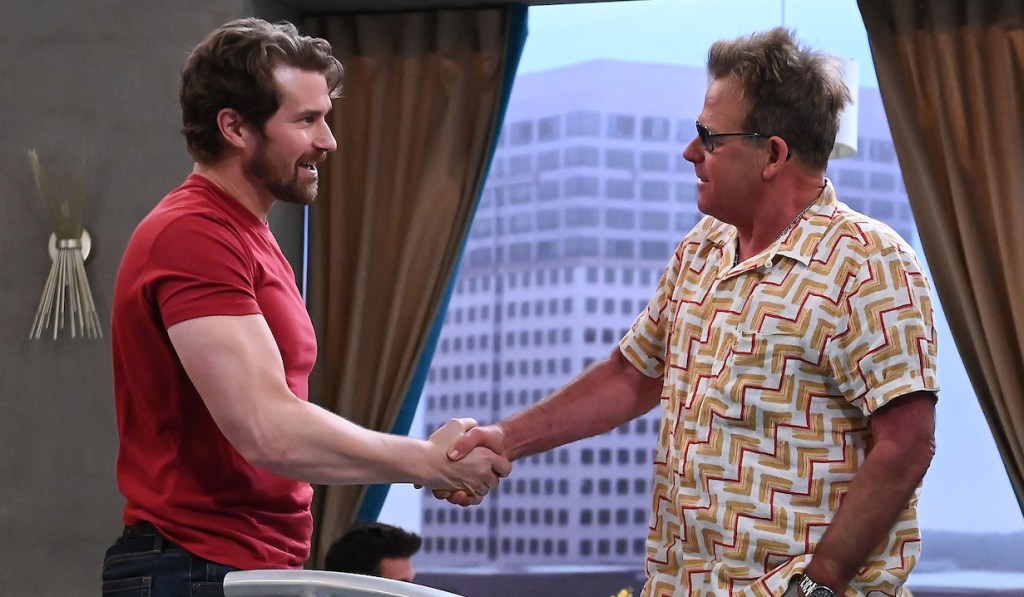 Er, Cody, you only shake hands before a fair fight.

When Cherr6177 chimed in, we had the strangest sense of déjà vu. “Please,” she begged, “don’t tell me that [Cody is] a long-lost son.” Msbert couldn’t help but agree that that was a very real possibility. “I thought the same. Scotty left [Katherine] Bell at the alter years ago. Cody’s last name is Bell.”

Now, technically, mathematically, there’s no way that Cody could be Scotty’s son with Katherine. And since she remained on the show after her breakup with the fiancé she’d been conning, when, exactly, would she have secretly carried her and Scotty’s child to term? There simply wasn’t a gap big enough for her to have done so.

Not that a little thing like believability has ever slowed down a runaway freight train like a soap plot. And Scotty does have quite a history of discovering new branches to his family tree. First, he found out that Karen was his daughter. Then, he found out that Logan was his son. And then — surprise — Franco also turned out to be his son. 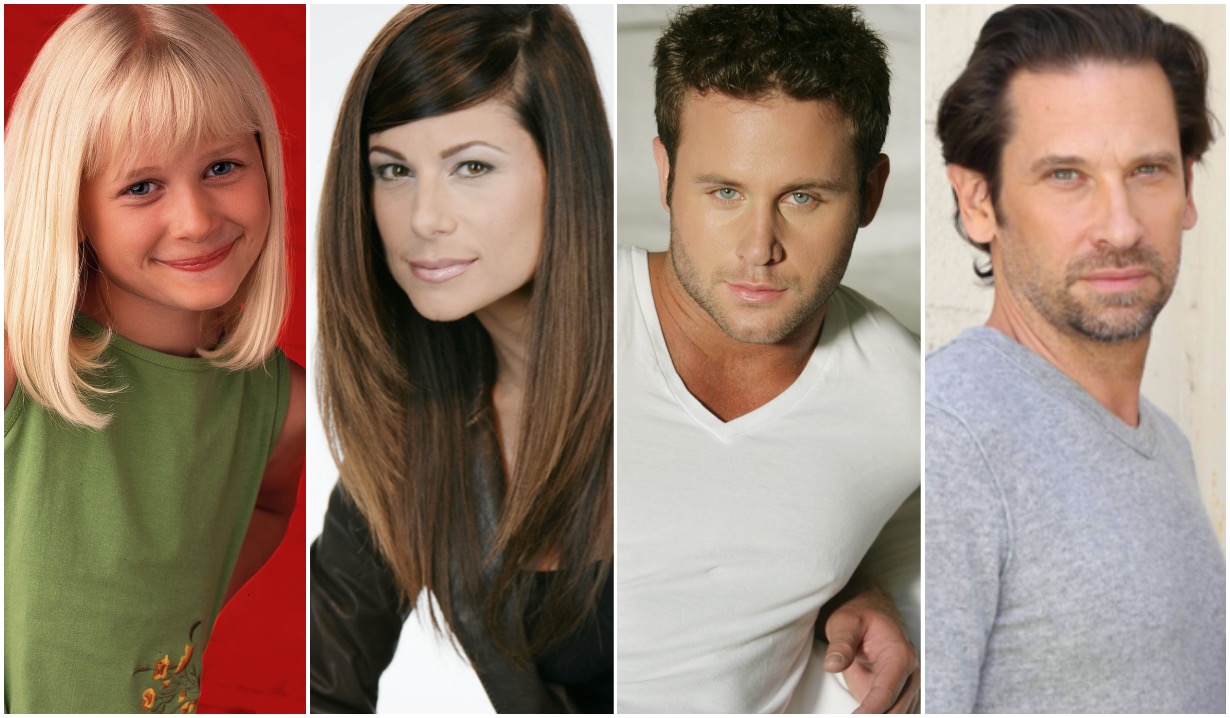 Serena (left) is the only kid Scotty has left… that we know of.

Oh, and then, they were all killed off! All of them! Maybe this is the show’s way of kinda unmaking those mistakes. Kin Shriner has never understood why all of Scotty’s kids live such short lives. When asked what he makes of that, he told Soap Opera Digest that “the word ‘flummoxed’ comes to mind… ‘Why are we killing off Logan?’ ‘Wait, why are we getting rid of Franco?’

“I don’t have any of these answers,” he continued. “It’s out of my hands. Nobody comes to me and says, ‘Do you mind if we kill off your son?'”

Review Scotty’s wild history in Port Charles in the below photo gallery. 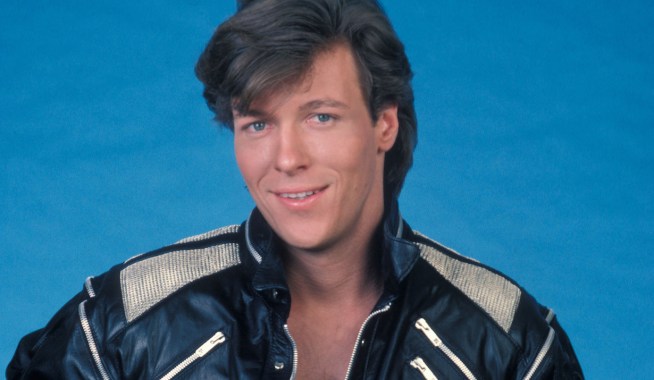