So, now we know that the hostage story scored big for the network, but how did the actors feel about the grueling taping schedule? Soaps.com has learned that Sebastian Roche (evil Mr. Craig) lightened up the cast in between takes by breaking out into song and dance routines. Also, Rebecca Herbst (Elizabeth Webber) reportedly told insiders that she, Laura Wright (Carly), Kim McCullough (Robin) and Julie Marie Berman (Lulu) opted to "crash" in their dressing rooms rather than drive all the way home from the studio.

Sweeps isn't fun and games for the networks and the actors, but for soaps fans was well worth the effort. Congratulations to all! 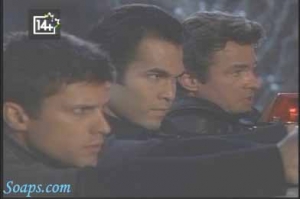 Credit: Mr. Craig doing "Fiddler on the Roof" during breaks?

We knew that we were glued to our TVs in February thanks to the hostage crisis on General Hospital, so it might not come as a surprise that ABC
rated No. 1 (for the 10th year in a row) when it comes to delivering the highly coveted 18-49 year-old women to the tube during the bi-annual sweeps period. A whopping 1.5 million of us, in fact. In the category of 25-54 year-old women, ABC ranked No.1, as well. How did the other networks compare? Well, “we”/ GH topped CBS by 25% and NBC by 40%…if anyone’s keeping score. (Proctor and Gamble certainly is!) What does all of this mean in short? It’s the most dominant February Sweep period since 2000 for ABC.

Not that we like to go “naneenanee na na” to the other soaps, but GH beat Days of Our Lives by 48% and The Young and the Restless by 8% when it comes to people glued to their couches in the afternoon. (Okay, so we didn’t get nominated for an Emmy for Best Drama, but we certainly deliver the fans!)

Another interesting tidbit is that GH was the only daytime drama to show major growth among female teens and women aged 18-34. Could Maxi, Lulu and Georgie’s antics have something to do with that? You bet! Or maybe it’s the likes of Dillon, Spinelli and Milo. All we know for sure is that Guza is doing something right!

As much as GH would love to take all the credit, we must point out that “we” had a little help from other ABC darlings. One Life to Live and “The View” tied by delivering 1.1 million women 18-48, and All My Children scored well, too. 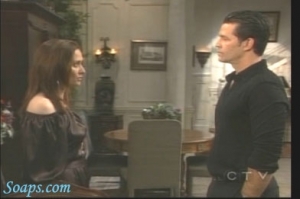