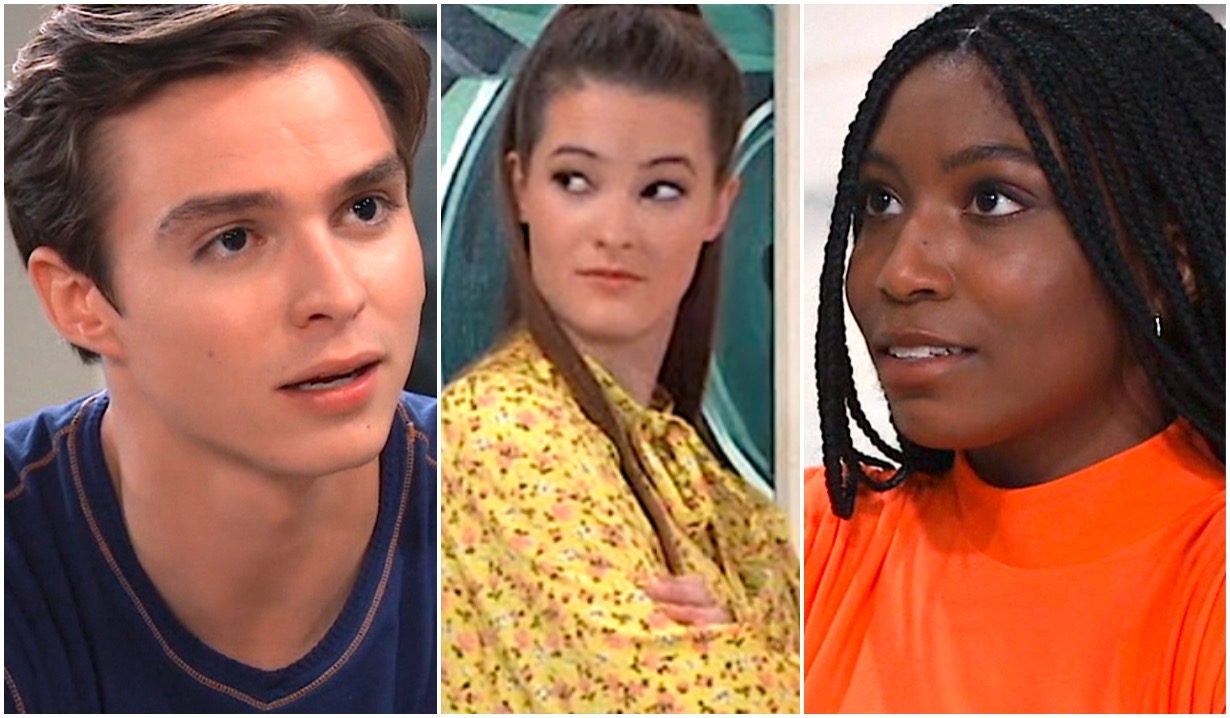 Leave it to Ava to come up with a way to kill two birds with one stone.

The week of May 9 has the potential to be a game-changer for one General Hospital couple in the making. Anxious to help get Trina out from under the bogus charges against her — and serve Esme her just desserts — Ava hatches a plan to trip up the malicious schemer. All Trina has to do, Ava suggests, is bat her eyes at Spencer a little bit. That, the older woman predicts in the new Soap Opera Digest, will so infuriate Esme that she’ll accidentally reveal her guilt.

“Trina feels like going after Esme’s boyfriend could wind up making her look bad,” portrayer Tabyana Ali tells the magazine. Plus, were Trina to flirt with Spencer, it wouldn’t — kinda couldn’t — be all an act. In fact, it could result in them finally revealing just how sweet on one another they are. 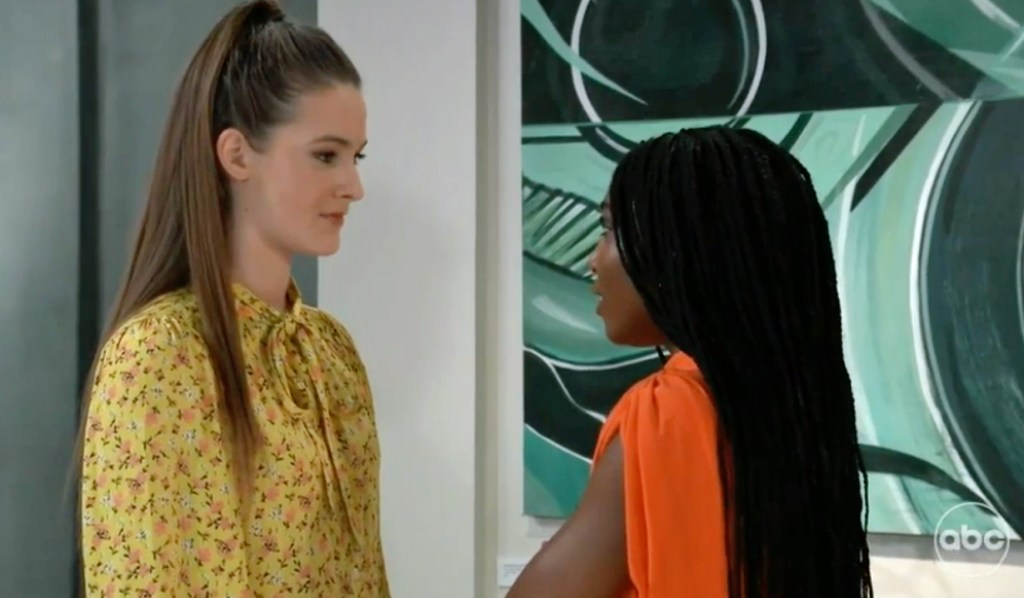 But back to the plot at hand… Technically, Trina doesn’t need to get on board with Ava’s idea, because she already has information that could help her cause. Spencer is, after all, her alibi. But she is reluctant to play that card. “Even if Trina doesn’t want to admit it, she has feelings for Spencer,” Ali notes. “She cares for him a lot.”

That’s what would make pretending to flirt with him so tricky — it wouldn’t be pretend!

Of course, as much as Trina may care for Spencer, she should care for herself more. Alas, “it’s hard for her to pick herself over him,” Ali admits. “If I was her, I’d use that information, honestly.”

So would we. How about you? Answer in the comments, and on your way…

Check out the latest additions to the 2022 collection of General Hospital cast portraits in the below photo gallery.