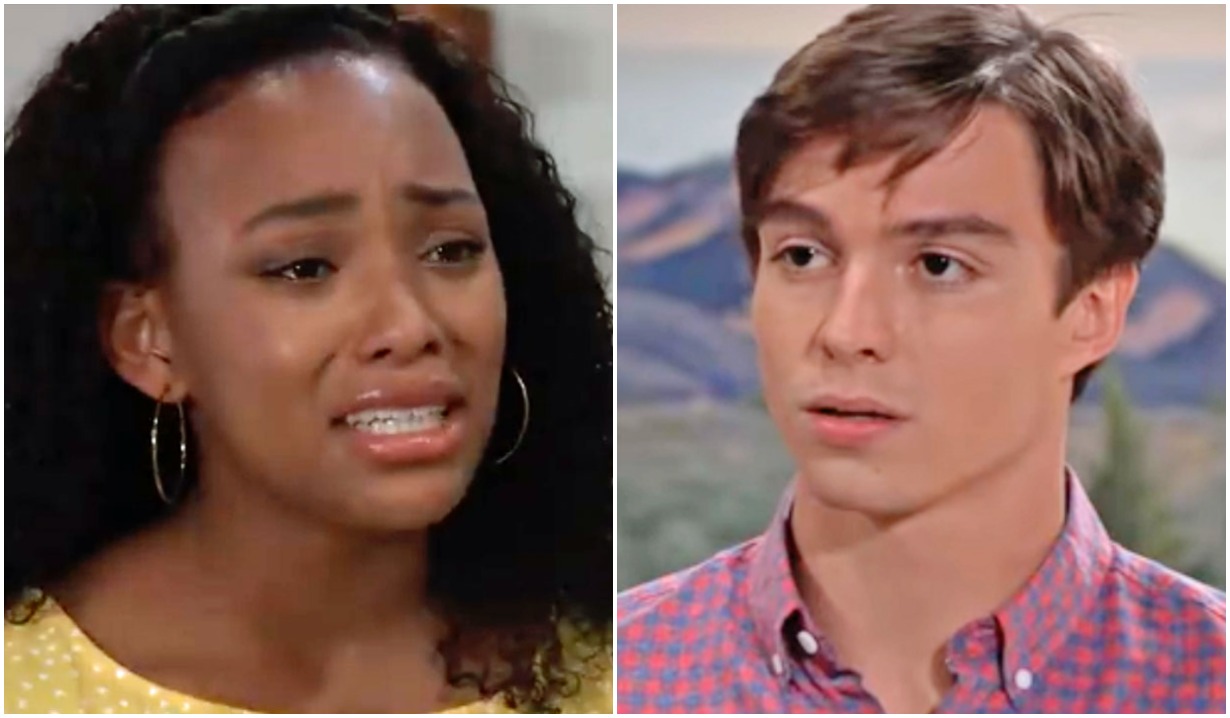 “You want to prove that you care? Leave your girlfriend.”

From the moment General Hospital‘s Trina and Spencer crossed paths, the sparks flew. Ever since, fans have hoped that the Cassadine heir would open his eyes and see that she, not wicked Esme, was the right woman for him. And if Trina were being honest, she probably hoped the same, even if she found it difficult to say the words.

But at long last, Trina visited Spring Ridge to lay her cards on the table… or at least most of them. The scenes gave fans another taste of the awesomeness that is “Sprina”… even as they knew this would be the last time they’d get to see Sydney Mikayla perform opposite Nicholas Alexander Chavez, given that she’d made the difficult decision to leave the show and been recast.

“As long as Esme’s in your life, I can’t be,” Trina told Spencer in the March 17 episode, the difficulty of the moment written across her face. While they spoke of friendship as opposed to romance, it was clear there was far more going on between them… just as it was clear that his refusal to see Esme for who she truly is was a deal-breaker. Above: Fans have fallen hard for Spencer and Trina!

“No matter how many horrible things Esme does, you keep trying to make her happy,” said a clearly baffled Trina.

Her words were obviously cutting him to the quick. He would, he insisted, do anything for her. But those were just words, as evidenced by the fact that he’d asked her to lie for him time after time, no matter the consequences it might rain down upon her head. “Which is bad on you,” she emoted, “but worse on me, because I did it.”

There was, however, one way Spencer could make things right. “You want to prove you care?” she asked. “Leave your girlfriend.”

That, however, was something he could not or would not do. “You know deep down that [Esme released the sex tape], and yet you still choose to be with her,” spat Trina. “And that’s not something I can respect.” 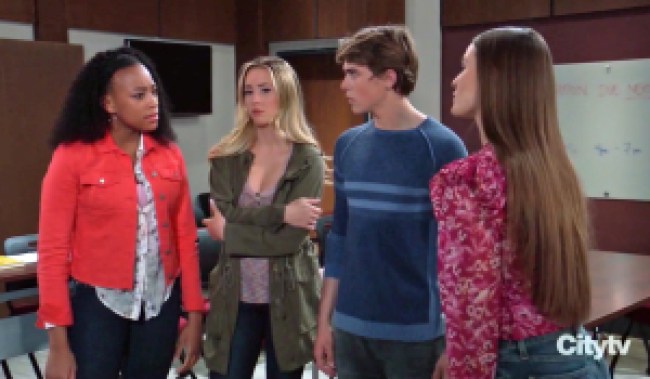 Above: Esme has set out to destroy Trina (and her friendships) in the most terrible ways imaginable.

Our favorite moment of the episode? When Spencer begged Trina not to walk out on me. “If you do, I’ll always wonder,” he admitted.

“Wonder what?” she asked… just before the show went to commercial. During that agonizing break, we hoped that when the scenes resumed, Spencer might admit that he’d always wonder what they could have were they to step out of the friend zone and become something more.

But instead, he said that he’d always wonder… what she’d thought of the art book he’d gifted her with on Valentine’s Day.

What followed was a layered conversation that on the surface appeared to be about art, but was about so much more. Perhaps realizing that he was about to lose Trina forever, Spencer questioned his own decisions.

“What if a person wants to do better and just needs more time?” he said, his eyes looking deeply into hers. “It must seem so simple from the outside. All someone needs to do in order to live a better life is to make different choices, better choices. But if it were really that easy wouldn’t the whole world be full of happy, fulfilled people?”

When she prepared to leave, Spencer implored her one more time. “I need you to not give up on me,” he begged. Yet he could not give up Esme because, despite the beauty standing before him, he insisted that “She’s all I have.”

Sadness pervading her core, Trina could only reply, “If you keep defending Esme, she’ll be all you have.”

And with that, it was our final chance to see these two talented actors work opposite one another. Sprina’s story will continue, but with Mikayla opting to leave the show, we’ll soon get to know Tabyana Ali’s version of Trina. And while we look forward to seeing what comes next, we also want to thank Mikayla for bringing Trina to such beautiful life and helping create the magic that is Spencer and Trina.

What did you think of the Spencer/Trina scenes… and more importantly, do you think they’ll ever be able to find their way into a real relationship? Might Esme’s latest evil act finally open Spencer’s eyes? Hit the comments below with your thoughts, then check out the latest General Hospital cast galleries.