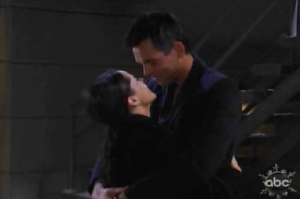 Get out your calendars and save the dates for where and when you can see your favorite GH stars!

Scrubs will be on “The Dr. Oz Show” on January 29 along with Jennifer Morrison from “House” during the “Ask Dr. Oz” segment. Check local listings for times and channel or visit the Dr. Oz website. Read more about their appearance in the GH News Room.

Sofer will reprise her role of Attorney Margaret Allison Hart on the CBS hit show on February 2. The episode description is as follows: “When the threats of a terrorist group hold Washington, D.C. hostage, the team must scramble to thwart their plans.”

Franco will portray Aron Ralston in the true story about a mountain climber who amputated his arm when he got trapped between boulders. “127 Hours” will be directed by Danny Boyle (“Slumdog Millionaire”) and will start shooting in March.

Megan will appear on the January 8 episode of “Ghost Whisperer” on CBS. She will play Daisy in the episode titled “Dead Air,” where a ghost haunts the Grandview radio station, seeking revenge for a death stemming from one of the station’s shows.