General Hospital Shocker: The Explosive Secret That Will Have a ‘Major Impact’ on Willow’s Future With Michael — and Possibly Explain a Singularly Curious Photo 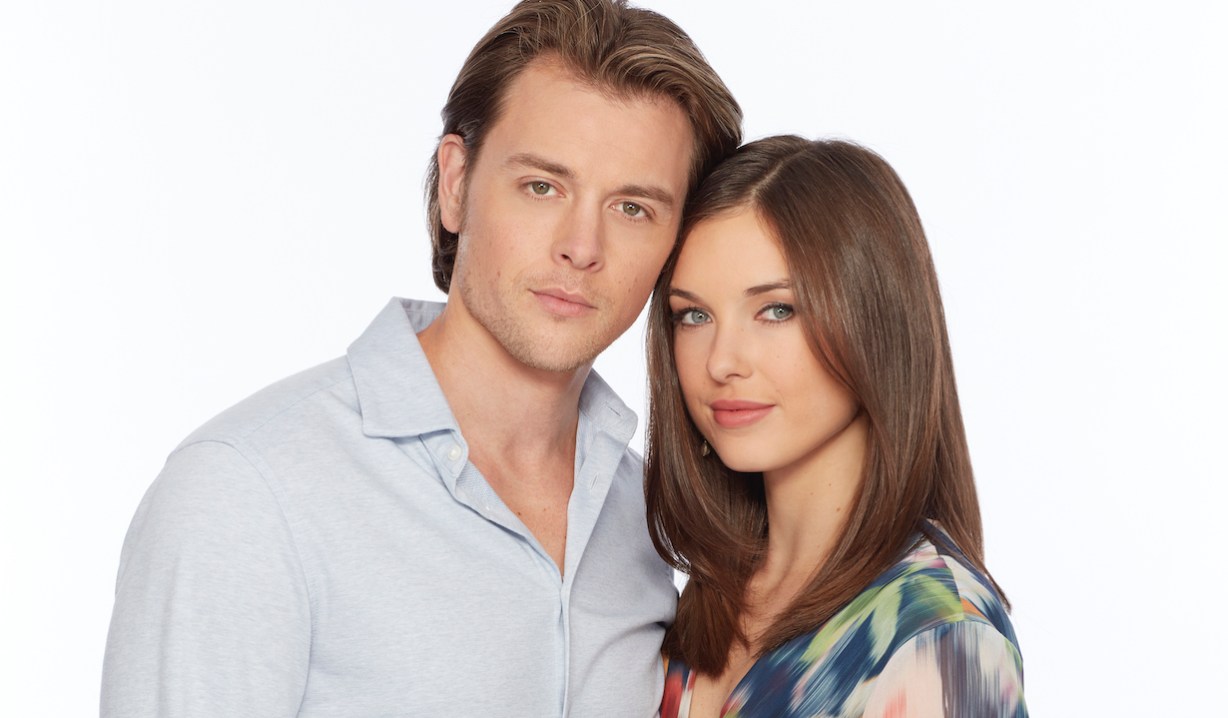 Everything we thought we knew may just have gone out the window.

Recently, Soaps.com sat down and chatted with General Hospital headwriters Dan O’Connor and Chris Van Etten to get a little taste of what’s on the menu for February sweeps. And what they dished out left us hungry for more.

“Michael and Willow’s romance is already being impacted by the ripple effect of what’s happening in Sonny and Carly’s relationship,” O’Connor said. “Ironically, their attempt to focus on their own romance winds up uncovering something from the past that will have a major impact on their future.”

Well, it looks like that “something from the past” might have already reared its head since, in the January 31 episode, Willow discovered that she has no birth certificate. And she discovered it while she and Michael got ready to jet off to Paris on a romantic getaway.

Now we’ve got a mystery on our hands — and it’s one we’re determined to solve. 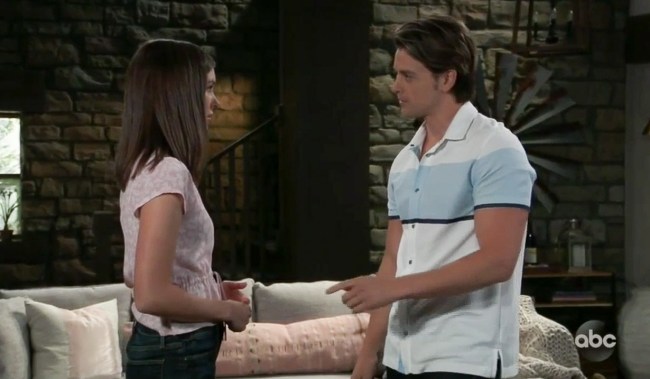 Things got more complicated when Willow asked Harmony about the birth certificate. Her mom brushed it off with a joke and said she’d get Willow a copy, but went running off in tears to Alexis right after for help. There’s definitely something going on, and its serious enough to panic Harmony.

While Willow did seem to have a copy, if there are no official records of her birth certificate, that could mean that what she had and thought was genuine was actually fake the entire time.

Why would that be? Well, we have a couple of ideas.

The ‘Who’s Your Daddy?’ Theory

First off, there’s the idea that Douglas Miller was not actually Willow’s father. Previously, we’d thought that Shiloh had murdered Douglas when he’d tried to rescue his daughter from the cult. That was supposedly what caused Harmony to turn on her beloved cult leader. But what if Douglas wasn’t Willow’s father, and her birth certificate had been destroyed to protect her real dad?

Think about it. Douglas was, if we’re being honest, a waste of a character. The viewers didn’t know him, and he had no ties to anyone on the canvas, which meant neither did Willow. That was all well and good before she was a major character, but now she’s partnered up with Michael, the scion of both the Corinthos and Quartermaine families.

Giving her a new father could be an opportunity to tie Willow to the Port Charles canvas a bit more with a character already in town. But if that were the case, who could Willow’s real father be?

Our initial thought was that it could have been Hamilton Finn, based mainly on the baffling below photo that ABC released of him and Harmony together… when the two characters have, so far, had little to do with each other. 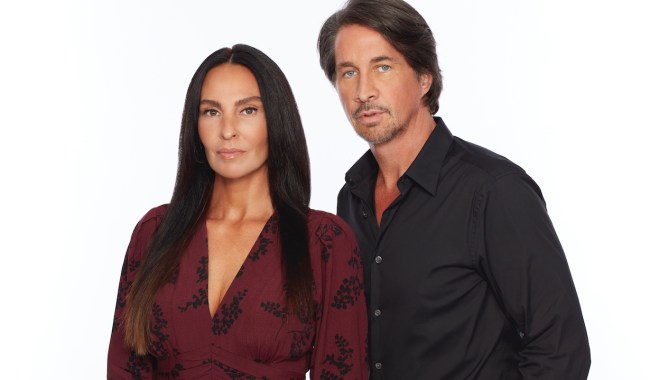 Were they secretly tied together in a way that has yet to be revealed? Like Finn having fathered Willow? There was, after all, a time when we all thought Finn was Chase’s father, so he’d certainly be of an age where he could have fathered Willow.

Then again, Willow and Chase did date, which… Yeah, um, well, that’s when that theory fell apart. Because if this were true, Willow was sleeping with her uncle. And while that’s very Lucy Ewing/Ray Krebbs, we doubt General Hospital is going where Dallas did. But it’s not impossible.

Even if it’s not true, though, that doesn’t ruin the theory that Willow’s real father is someone in Port Charles. Figuring out who that could be, though, is going to be a lot trickier. 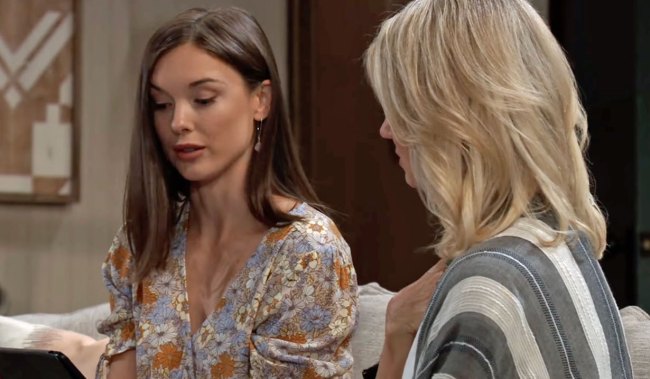 At the same time, many a fan is revisiting an old classic: the theory that Willow is Nina’s daughter. Even though it was definitively revealed last year that Nelle was Nina’s daughter, the truth, to put it mildly, hasn’t been popular with fans.

Some have suggested that they just wipe out the whole Nelle angle, but most folks seem content with the thought that Willow and Nelle are, in fact, twins. And that’s not a terrible theory.

For one thing, it wouldn’t be the first time the show’s gone there with Willow, teasing the possibility that she and Nina are daughter and mother. Nor would it be the first time we pondered the idea that Nelle and Willow could be twins — or even triplets!

Giving Willow a new mom would accomplish much the same as giving her a new dad would. No offense to Harmony, but with Willow and Michael together, tying her to an existing character could give them all kinds of soap conflict to has out — especially if that someone were Nina!

Right now, Nina is public enemy No. 1 for the Corinthos family, and Michael learning that he’s with the daughter of his hated nemesis would almost be too good an opportunity to pass up. Plus, one of the biggest gripes about Nelle was that the reveal came after she’d left the show. What was the point? Having Willow be another daughter would give Nina someone to react to on screen.

Of course, if the show is going this route, we won’t need to worry about who the father is anymore since we’ll know it was Silas. Unless, Nelle and Willow were twins from different fathers…

What do you think? Which theory are you feeling more? Sound off below, then, since we’re on the topic of Willow’s parents, maybe stick around and check out our gallery of daytime’s best and worst mothers ever! Because believe it or not, they get worse than Harmony. 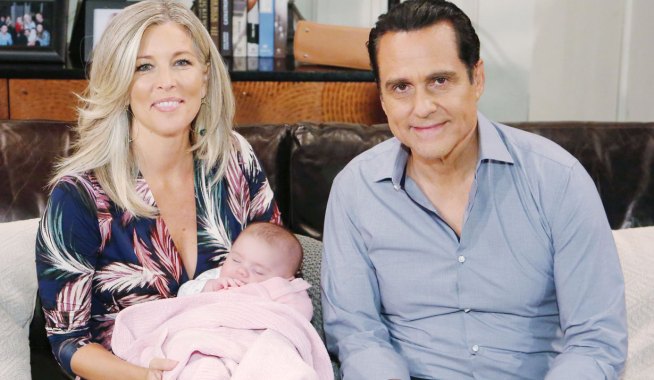 Former General Hospital Youngster's Diagnosis Leaves Her Family Shaken: ‘We Are Grieving, But We Are Grateful’

General Hospital’s Maurice Benard and Chad Duell Unpack the Rocky Beginnings of Their Relationship: ‘Don’t Try to Defend What I Did’ 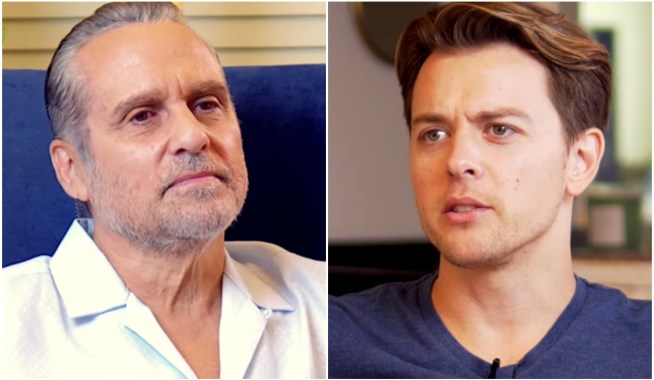