After the Slap Heard ’Round the World, Good News for Fans of General Hospital’s ‘CarSon’ 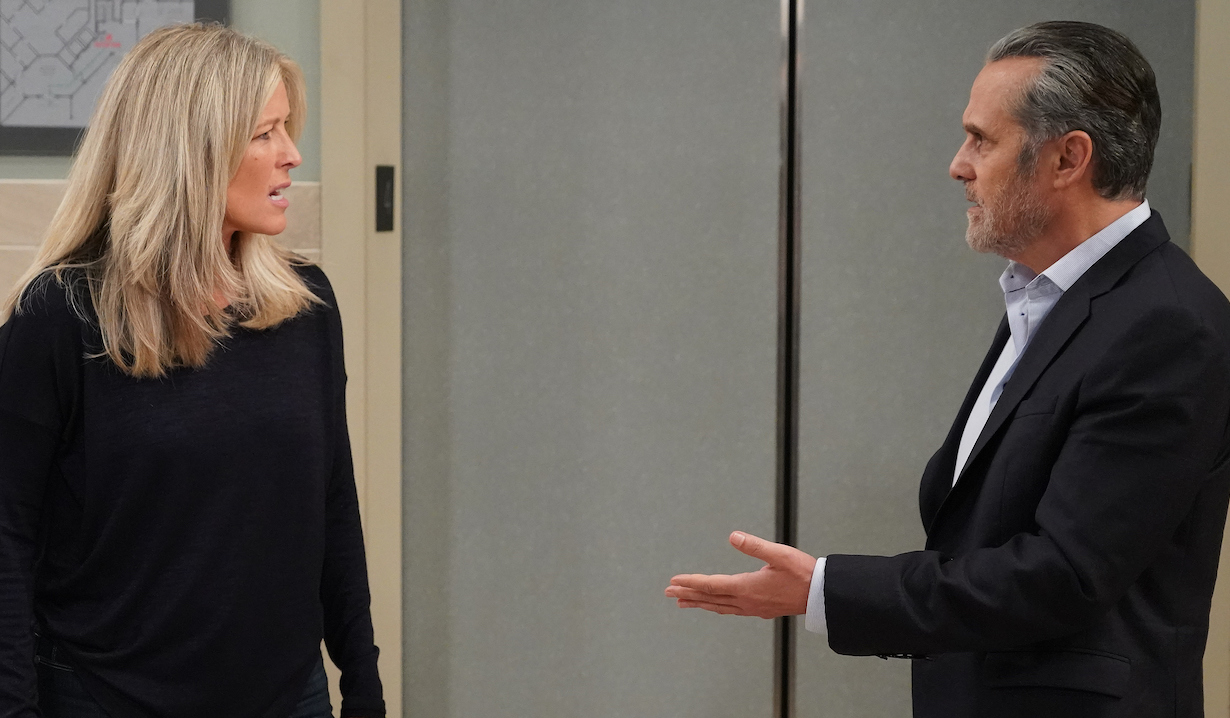 We may be grasping at straws, but we have hope that it’s not remotely over for the Corinthoses.

Any General Hospital viewer could tell ya, it hasn’t been looking good lately for Sonny and Carly. Though he got his memory and his life back, his feelings for Nina followed him home from Nixon Falls — a development that has made his missus see shades of red that she never know existed.

Carly, as Carly is wont to do, has lashed out. Sonny has gotten stinkin’ drunk. And Nina damn near got her face slapped off when she told Carly that hey, who knows? What happened in Nixon Falls could happen again.

But as Laura Wright returned to work this week following the soap’s holiday break — read her post below — we have new hope that the show isn’t sticking a fork in Sonny and Carly’s marriage.

As you may have read or seen — if not, take a peek here — the show has been releasing its new 2022 cast portraits. Among them are shots of family units and couples, and among the couples are Sonny and Carly.

If General Hospital was about to have the dimpled don leave his wife for Nina, it wouldn’t have shot Wright with Maurice Benard, right? It would’ve shot him with Cynthia Watros. So, doing the math, we’ve deduced that Ninagate isn’t the end of the road for the Corinthoses but an especially challenging bump in the road.

What do you think, General Hospital fans? Is our sleuthing on point? On your way to the comments, find out about Wright and Watros’ “friendly competition” in real life. (No, it has nothing to do with Sonny.) Then stop off at the photo gallery below, a celebration of daytime’s most complicated love triangles of all time.

Back at Work After COVID Pause,...