General Hospital Preview: Sonny Confides in an Old Friend — Plus, Carly’s Warning to Nina Hints at the Future of Her Marriage 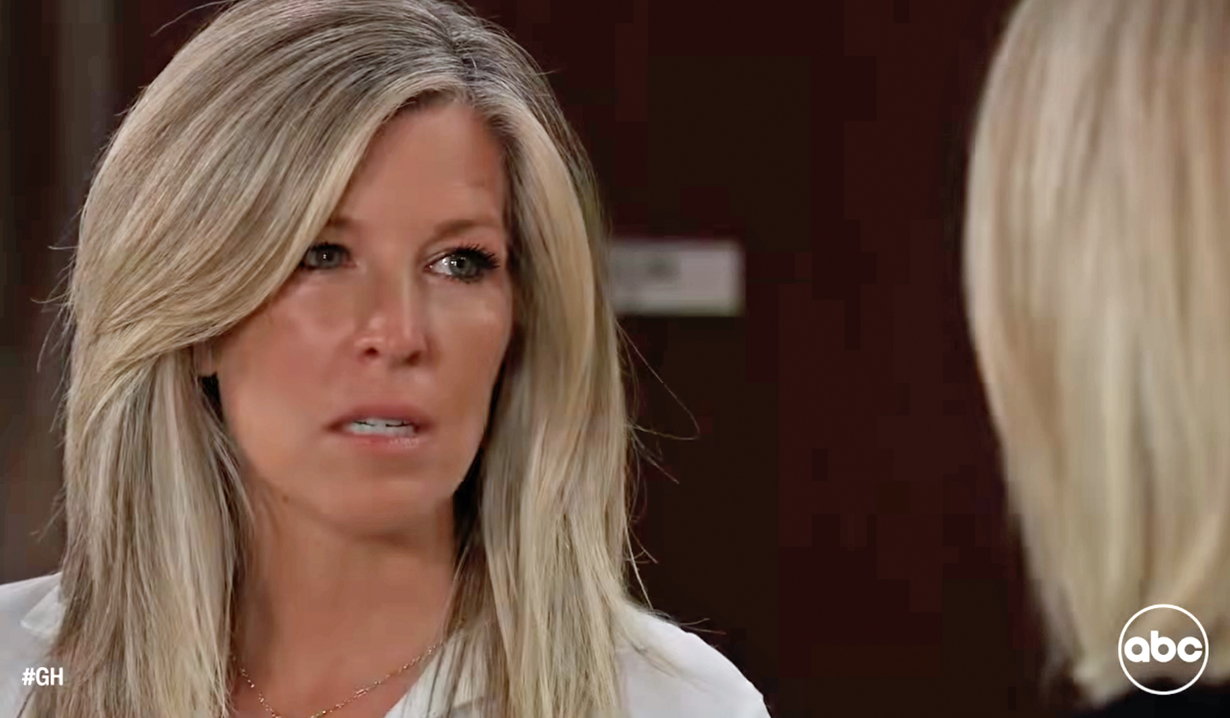 Relationships will be tested and not all may survive 2022.

In the preview for General Hospital for the week of January 10 – 14, all hope may not be lost for Sonny and Carly. Read on for the scoop and watch the teaser video.

As Esme looks on, Victor tells Spencer, “Family, now that’s forever!” Seeing how Victor has been pushing for his family to put up a united front, we have to wonder if he’s trying to urge Spencer to make amends with his father. It’s no secret Esme, who doesn’t enjoy being poor, would like to see that happen too.

Elsewhere, TJ confronts Marshall about opening up to his family and letting them know who he is. Marshall has yet to provide answers as to why he felt the need to leave his family to protect them, and where he’s been. However, it’s a safe bet that Aunt Stella knows more about the situation than she’s letting on.

As the announcer teases that relationships will be tested, Trina catches Curtis and her mother Portia in a warm embrace. Elsewhere, Brook Lynn and Austin exchange glares of hatred, as it appears their feud is far from over. The only thing likely to bring these two together is their concern for Maxie.

Finally, Sonny turns to Laura and admits he screwed up big this time. Is Sonny speaking about keeping the truth about Nina from Carly, falling in love with Nina, or both? Meanwhile, Carly confronts “Mike’s” lady love Nina and warns her to stay the hell away from her husband! Could this indicate that Carly and Sonny’s marriage isn’t as over as Nina would like to wish it was?

Let us know in the comments if you are on team Nina or team Carly where Sonny is concerned. Then read our General Hospital spoilers to find out what causes Michael to explode. And be sure to look at our gallery of the brand new General Hospital cast portraits.