General Hospital’s William Lipton Sheds Light on Cameron’s Dark Side — and Its Ramifications: ‘When Is He Joining Sonny’s Mob?’ 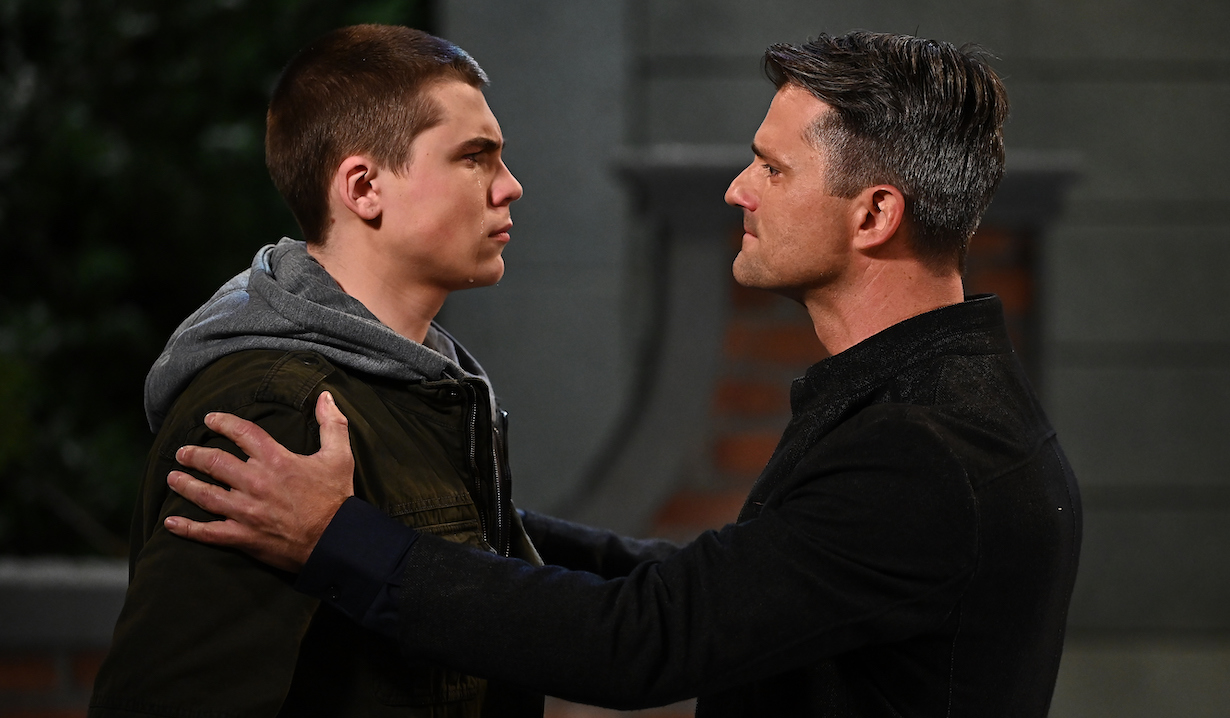 “One of the reasons why I love playing Cameron is there are so many nuances to go off of,” the actor shared.

In the world of General Hospital, there are very few truly good people. Granted, most aren’t outright villains like Peter or (most of) the Cassadines, but there’s a whole lot of folks running around Port Charles in morality’s grey areas. Elizabeth, though, is one of the most beloved, good-hearted people in town. And her son, Cameron, is another. At least, so far…

William Lipton talked with The Chat podcast recently where he fielded a number of questions about good-boy Cameron. That was all well and good, but when asked about the possibility of seeing Cam’s darker side, Lipton jumped at the idea.

“I would definitely like that,” he said. “I always joke with [executive producer] Frank Valentini saying, ‘When is Cameron joining Sonny’s mob?’”

Okay, now there’s an angle we hadn’t thought of before. But whether going full mob or just letting a little darkness loose, Lipton feels “that would be such an interesting line of story to delve into, especially considering Cameron’s past.”

More specifically, he’s referring to Cameron’s past with his father-figures! When it comes to dads, Elizabeth’s poor son has, as Lipton beautifully understated “been pretty unlucky.” 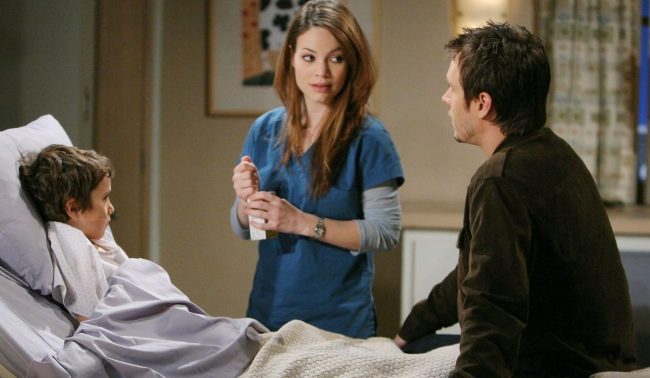 First there’s the troubled Zander, Cameron’s biological father who died in a shoot-out with the cops. Cam never even got to meet the man — he hadn’t been born yet. The teen did, however, meet Lucky, seeing as how the Spencer pretty much raised him for the first chunk of his life. At least until Lucky ditched the family and ran off.

“After that,” Lipton explained, “there were a lot of difficulties that Cameron had to deal with before finding stability.”

A big part of that stability came with his bonding with a new father figure in Franco. Which, on the surface seems utterly insane, but then so did Franco and Liz and they turned out to be nothing short of amazing. But Cameron and Franco’s father/son relationship was not without problems, though having your mind swapped out for that of a long-lost Quartermaine heir isn’t exactly what most families have to deal with. But they made it through, and Cameron got Franco back — until Peter to killed the troubled artist and shattered Cameron’s heart once more.

What fragile stability Cameron had obtained, Lipton noted, was ripped away once more. Luckily, Cam didn’t tip over to the edge — but he certainly wobbled. And that was even after Zander’s ghost tried warning him away from a dark path. When Cameron got his hands on that gun and shot Jason in the back, well, there was more than a little of his father in that.

“One of the parallels between Cameron and Zander that has already been shown on the show in a very subtle way,” Lipton pointed out to The Chat, “was when Cameron was pointing a gun, was about to shoot Jason and then got in a stand-off with the police. That’s how his father died.” 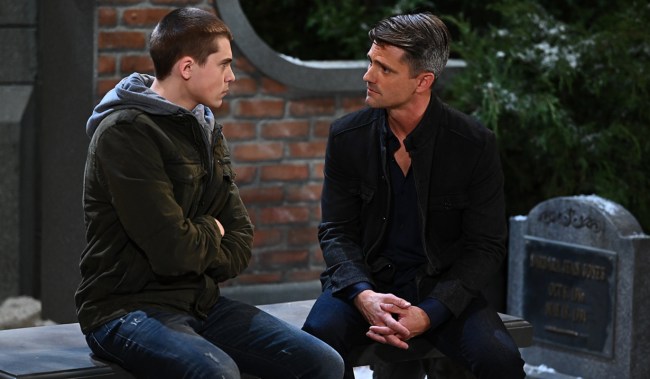 Cameron didn’t go all the way dark, of course. But he still might. The question is: What could set Cameron off? Well, Lucky’s return for one thing.

“I’ve thought about this,” Lipton admits. Personally, he’d be over the moon to work with and learn from Jonathan Jackson. But if Lucky came back, “I think Cameron might be a little bit hesitant to run back into the arms of the father who sort of up and left. Cameron would be a little bit pissed, right?

Ultimately, though, Lipton doesn’t think there’s too much of a risk of Cameron turning dark just yet. He pointed to his character pulling a gun on Jason and then ending up in his own standoff with the cops, mimicking the one his biological dad died in. Cameron, though, made different choices.

“I think by Cameron stepping down and making that ultimate decision to not end up like his father,” Lipton muses, “he could be on more of a brighter path.”

But that doesn’t mean it’ll always be that way. After all, the poor teen’s been through more heartache than most people know in a lifetime, and he’s never really had family or fatherly stability for very long in his life.

Plus, Lipton added mischievously, “it’s always fun to play the darker side. I will definitely be smiling if I get a script that portrays something like that.”

Of course, Cameron isn’t the only member of his family to suffer through one tragedy after another. So before you skip, why not check out a photo-filled gallery of Elizabeth’s life in Port Charles? It hasn’t been easy, but through it all she’s held on (mostly) to her moral compass!

Unhappy New Year: General Hospital's Post-Holidays Return to Work Delayed by Omicron — and It's Not the Only Show 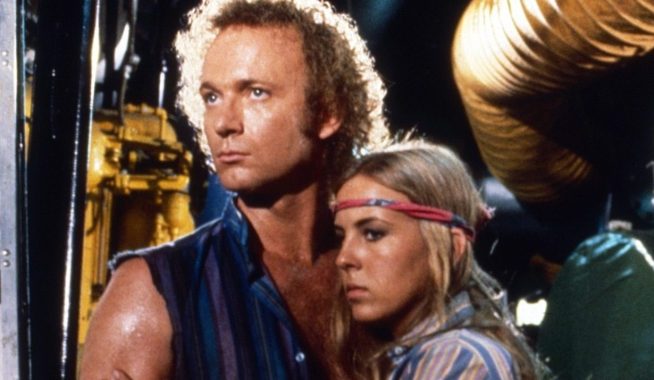