General Hospital’s Jeff Kober Sets the Record Straight About Whether Cyrus Loves Laura… to Death — Plus, If Not Her Brother, Who *Is* Trying to Kill Her? 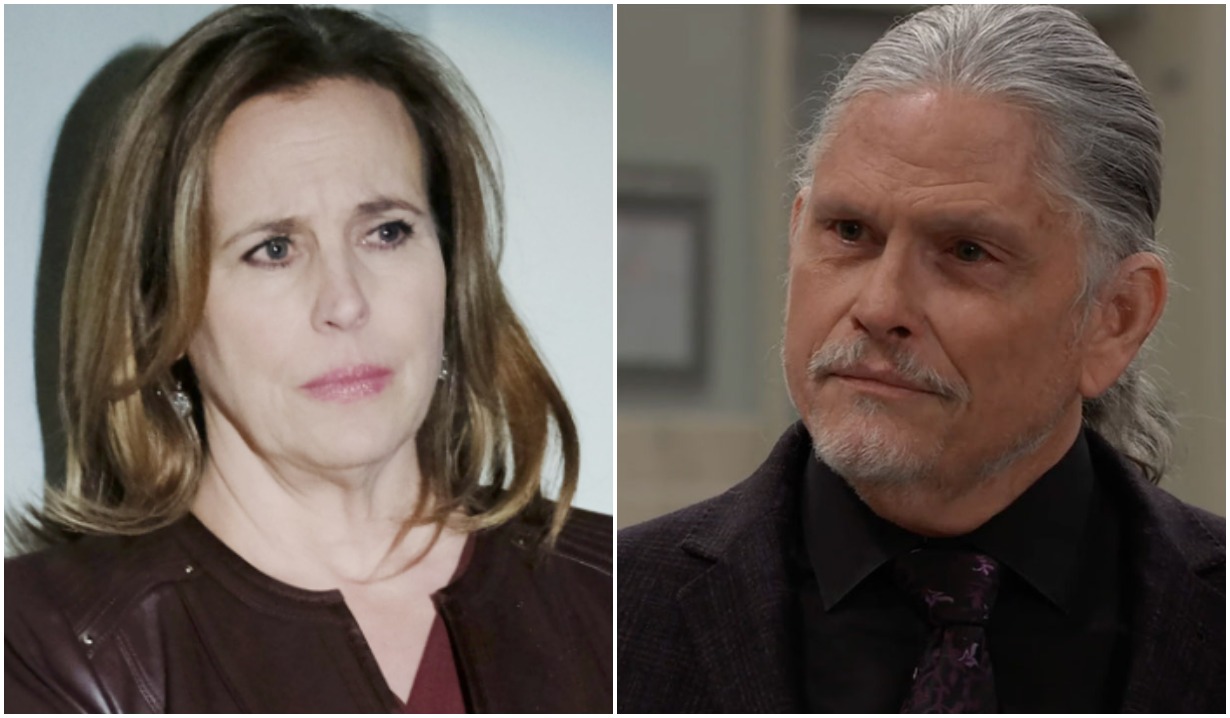 Have we gone from a family feud to a whodunit?

First, the good news. After a summer in a safe house, Laura is not just back on General Hospital, but she’s finally coming back to Port Charles, as well! And she’s bringing her brother with her! Martin, that is, not Cyrus. That particular pony-tailed baddy is still rotting behind bars. Plus, he was the one that sent Laura into hiding in the first place with his attempts on her life! Or was he?

More: Kelly Thiebaud only has eyes for this guy

Before she returns to Port Charles, Laura stops by to visit her evil bro in prison, intent on standing up to him and accusing him of trying to kill her. Cyrus’ portrayer, Jeff Kober, talked to Soap Opera Digest recently about the matter, insisting it’s all just one big misunderstanding. Uh-huh.

“[Cyrus] is so grateful that she’s there,” Kober explained, “and he’s absolutely appalled that she thinks he was trying to kill her.”

The actor insisted that Cyrus genuinely wants Laura and Martin to stay alive — but the why of it is less clear. He claims to be a changed man who had a “Come to Jesus moment” behind bars. Kober said he pitched the idea awhile back, but executive producer Frank Valentini didn’t bite… or did her?

“Here we are,” noted Kober. “That seems to be what happened. Of course, it’s Cyrus, so who knows if he’s telling the truth or not.

So maybe he actually has found God, Kober mused. Or maybe it’s because Cyrus wants to kill Laura and Martin himself. We’ve all got those siblings. Family’s funny like that. 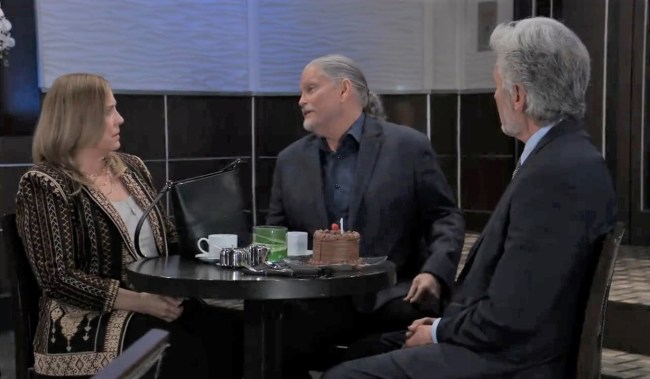 Of course, that family angle is pretty much one-sided. As co-headwriter Chris Van Etten tells Soaps, “Cyrus has a complex relationship with Laura. On the one hand, she is his sister and he wants her love. On the other, clearly, the decisions he has made and the path he’s chosen make it difficult for her to embrace him.”

Adds co-headwriter Dan O’Connor, “It’s safe to say that on Laura’s side of the equation, there is absolutely no love lost. She doesn’t really look at him as someone who is a member of her family and deserving of her love and protection.”

Laura, of course, doesn’t believe him (Who would?), but Cyrus presses on so that by the end she starts wondering if maybe he really is sincere. He’s not trying to kill her. But he still has seedy connections, and he puts together that someone is definitely out to kill Laura and Martin.

For his part, Kober explained to Digest that, “The way I approach it, is that I love Genie Francis, so Cyrus loves Laura. He doesn’t want anything bad to happen to her.”

Okay, so maybe, just maybe, Cyrus isn’t the one that sent Laura into hiding. And this is where we get to the bad news. Who is out to get her? There was something comforting in knowing Cyrus was behind it all. At least we knew where he was and that he’d been dealt with before.

But not knowing… How do you stay ahead of them? How do you fight back? Where do you fight back? Do Laura and Martin have another sibling out there somewhere just as cracked as Cyrus? Is it someone Martin pissed off with his lawyering looking to take revenge on the family? Or is it one of Laura’s many, many enemies. Maybe Helena’s back (again). Or Frank Smith. He’s cheated death a time or too himself.

Only time will tell, but one thing Cyrus is clear on: It’s not him.

What do you think? Should we trust Cyrus or is he just trying to throw Laura off the scent? And if it’s not him, then who could it be?

Maybe it would help to ponder these questions if we went back through Laura’s history to find out who might have it out for her. So before you head off, why not take a look at a gallery of Laura Spencer’s wild, wonderful life?

Image: ABC/Courtesy of the Everett Collection
4/10

Image: ABC/Courtesy of the Everett Collection (2)
6/10

As Fans React to Shocking...

The Altogether Unexpected Upside of...