General Hospital Preview: Sonny Promises Carly That Jason Will Be Avenged as Peter’s Life Hangs in the Balance 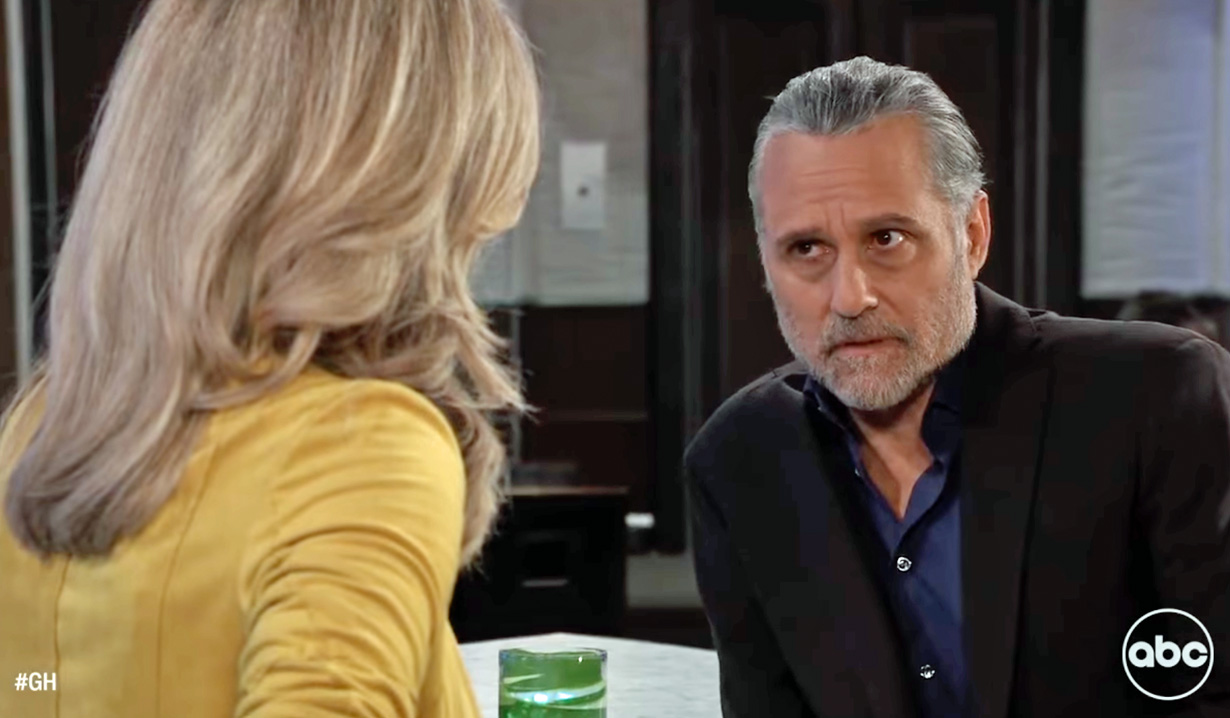 Will someone have to give another Port Charles resident a helping hand?

In the preview for General Hospital for the week of December 13 – 17, everyone reacts to the news about Peter. Read on for the scoop and watch the teaser video.

Last week, Sonny and Selina Wu came to a business arrangement. Selina agreed to get rid of Peter for Sonny, and in exchange, he would do everything he could to insure Brad was paroled. Selina went through with her end of the deal, and it was Brad of all people that served up a poisoned breakfast to Peter in jail the morning of his arraignment. As he choked and gasped for air, Peter collapsed!

In the preview for this week, Anna meets with Carly and Sonny, and Carly begs her to tell them that Peter is dying. We know that Peter is rushed to the hospital, where Liz laments to Finn that Peter killed her husband and is the reason Jason is dead. And upon connecting with his old pal, Drew learns from Curtis what Peter’s been up to in Port Charles while he was being held captive.

Images of those Peter has hurt flash on the screen as Sonny promises Carly, “This is for all of them, he will be avenged.” However, Peter might need help going into the light, as someone in what appears to be a nurse’s uniform brandishes a scalpel. Or it could simply be someone in the OR working to save Peter’s life.

Read our General Hospital spoilers to learn where of all places Finn and Chase do some brotherly bonding. And with everyone waiting for news on Peter, check out a photo gallery of Peter August’s crimes over the years.

With a Single Photo, General...