General Hospital Preview: Nina and Sonny’s Nixon Falls Love Affair Could Be Exposed by Not One — But Two People 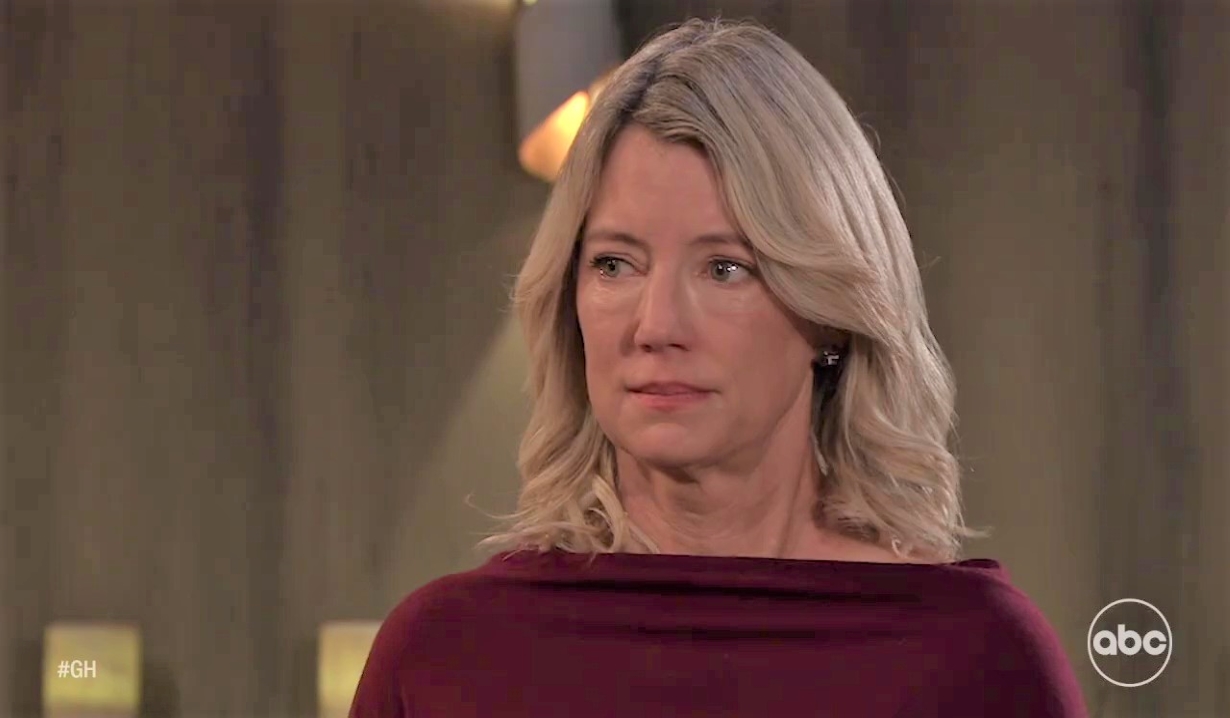 It’s a week of secrets and reveals in Port Charles.

In the preview for General Hospital for the week of December 6 – 10, Nina and Sonny’s secret has them in the hot seat. Read on for the scoop and watch the teaser video.

Alexis’ Thanksgiving didn’t go at all as planned, with the entire Cassadine clan descending upon it uninvited. As the infighting began, Victor suggested to everyone it was best they put up a united front as they are stronger together. It seems Victor knows something the others don’t, and when Ava and Nikolas question him, he tells them some questions they may not want to know the answers to.

Michael and Willow return from their trip to New York City and both receive devastating blows. Reunited with Drew, Michael is about to learn of Jason’s death. And Willow comes face to face with Chase, Brook Lynn and Bailey, and is about to be lied to again by Chase all in order to protect a child.

Brando and Sasha still face an uphill battle with their newborn son Liam Michael, so why are he and TJ exchanging odd glances in the hospital hallway? Things have never been the same between them since Brando and Molly’s one-night stand while TJ was unknowingly being held hostage. With TJ’s grandfather Marshall appearing out of nowhere, perhaps TJ just needs a friend?

Upon confronting Nina, Peter realized that Carly doesn’t know about “Mike” and Nina’s love affair in Nixon Falls, and suggests they clue her in. Right on cue, Carly appears and wonders what they are talking about? If Peter doesn’t blow the secret sky-high, someone else might! In the hospital chapel, as Sonny insists to Nina that nobody needs to know, a mysterious woman approaches. Who is she and what has she overheard?

Read our General Hospital spoilers to learn who Brad gets a visit from. And untangle the branches of the Cassadine family with the photo gallery below.

His Life in Pictures: As General...

The General Hospital Storyline That...